Home Military world Theseus Mk-2 / A: is it needed by the Navy? 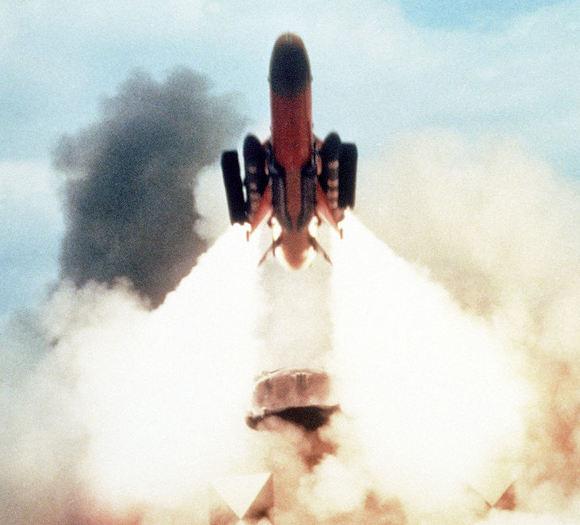 The TESEO Mk-2 / A Block IV anti-ship missile supplied to the Italian Navy - launch tests on fighters Durand de la Penne and in 2007 Andrea Doria in 2020, without a war head, they would be the only ones carried out by the Navy on board naval units - it is the evolution of a project born from the cooperation of the Italian Here-Melara and the French Foodra (OTOMAT), in the early 70s of the last century.

Two releasable side impulsors with solid shaft, bring the TESEO, during the launch phase, to the cruising speed of 0,9 mach. Subsequently, the liquid fuel (kerosene) turbojet is operational.

The missile can be launched at an angle of up to 200 ° from actual target detection, corrects its course (by means of an autopilot acting on the cruciform tail fins) and ascends to a cruising altitude of 250 meters.

At a predetermined point, while the inertial / altimetric guidance radar system comes into operation, the TESEO descends to 20 meters above sea level and, having arrived at 15 km from the position estimated by the target, it begins its search with its radar; once the acquisition and the coupling have been achieved, it descends to the altitude of 10 meters, starting the final race towards the goal.

The Navy had requested a supersonic version of TESEO already at the end of the 80s, initially called TESEO 2, it was then called ULYSSES. However, the cuts caused by the end of the Cold War to the Defense Budget eliminated the program, so the Navy preferred to fall back, at the beginning of the 2st century, on the Mk-2 / A Block IV version equipped with GPS (without the TG- 2 by helicopters) but substantially identical to the previous Mk-XNUMX, as far as performance is concerned.

Apart from the serious difficulties in integrating it on the main units of the Navy (class Bergamini e Doria), the TESEO, while remaining a powerful anti-ship missile, in a possible close-range collision (around 50 km), would be an easy target for modern anti-missile systems, due to its size and subsonic speed (compared to the French EXOCET, for example, it has a diameter greater than 5 cm). The future EVO version, with capacity too country attack, should have a maximum range of 450/500 km, with a very different conformation compared to previous versions. 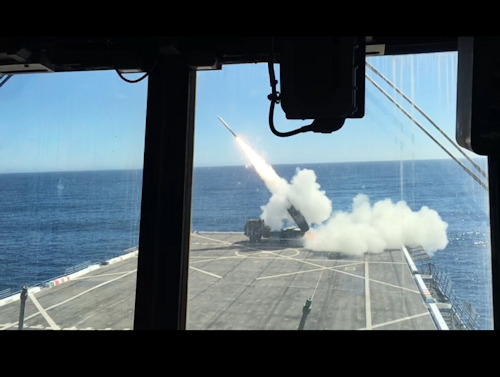 In our opinion, the Navy should reflect on what kind of doctrine to adopt regarding the future use of anti-ship missiles /land attack. Given the difficulty in integrating the Mk-2 / A on the Navy platforms (hunting Doria, currently, it is the only Navy unit enabled to launch the Mk-2 / A version), it could be appropriate to evaluate the option of using the TESEO EVO on mobile launch systems (perhaps on the Astra 8x8), tracing what has already been experienced by the United States Marine Corps with the HIMARS system (photo) on the bridge of the USS Anchorage (in the short term the Marines could acquire a new hypersonic missile, with anti-ship capabilities too).

While future Navy DDX fighters could be equipped with missiles cruise SCALP NAVAL (maximum range of 1.600 km), thus allowing such units to remain outside the bubbles A2 / AD opponents

However, it remains incontrovertible the fact that the problem is not so much that of acquiring these weapon systems as of having the political skills to be able to use them to the fullest.

When he was secretary of state, John Kerry had threatened Erdoğan to expel Turkey from NATO (despite not ...
1311
Read

During the last world war, the Italian state abandoned thousands of ascari (Eritrean fighters) who ...
3367
Read

On December 25, 2020, in Severodvinsk, the Zvezdochka Ship Repair Center, a subsidiary of United Shipbuilding ...
4115
Read