Home Military world Takuba: yet another descent of front breeches ... 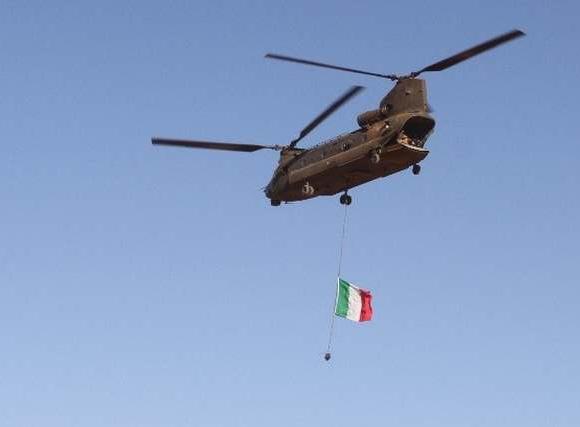 Yesterday, with the overflight of the Forward Operating Base (FOB) of Menaka, in Mali, by three AH-129D attack helicopters and a CH-47F heavy helicopter, the achievement of the Full Operational Capability (FOC) of the Italian contingent of the Task Force Takuba.

About 200 Italian soldiers will operate within the TF Takuba, in order to provide the medical evacuation capabilities of coalition personnel in operation through the use of the 3 CH-47F transport aircraft of the 1st AvEs regiment Antares of Viterbo, in MEDEVAC configuration that will make use of the protection ensured by the 3 attack helicopters AH-129D Mongoose, of the 5th regiment AvEs Rigel of Casarsa of the aircraft brigade Friuli, framed in the Task Force Jacana, under the orders of Colonel Andrea Carbonaro, first commander of the Italian contingent in Mali.

The TF Jacana it also makes use of “Guardian Angel” rifle squads of the 66th Aircraft Regiment Trieste of Forlì, which will guarantee the safety of the CH-47Fs on board the aircraft.

The Italian contribution is completed with the availability of a pre-hospital capacity health structure of type ROLE 1 (already present on site), with a team that will ensure medical support to all coalition personnel and with the presence of the National Support Element.

The press release from the Ministry of Defense specifies the tasks and purposes of the Italian soldiers in the operation: 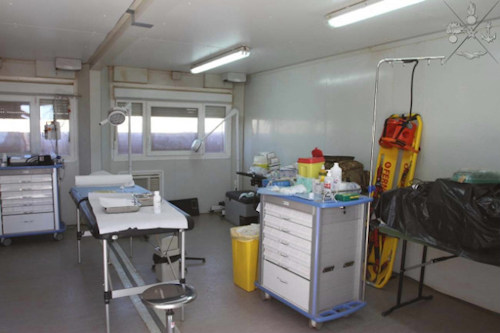 ITF Takuba's mandate is to train and assist the Malian Armed Forces in the fight against jihadist armed groups, in order to counter the terrorist threat in the Sahel. The Italian participation in TF Takuba, in addition to providing a contribution to strengthening security capabilities in the Sahel region, also responds to a need for protection of national interests in a strategic area of ​​priority importance.

As our readers know, the Italian participation in Takuba was requested by the French since the bilateral meeting in Naples in February 2020. The then executive Conte II accepted the requests of Paris on condition that it also sent a contingent of special forces (shooters). However the "cousins" only wanted the Chinook, as they lack such machines. A sort of "arm wrestling" was created, as the presence of the Italian raiders in Mali would have been unwelcome to the French (in the TF Takuba there are FS operators from Belgium, Estonia, Sweden, the Czech Republic, Greece, Portugal and other nations) who obviously wanted to maintain total decision-making control of the Task Force.

We provide the French with important assets, I would say for the success of operations against jihadist militias in the region. It is also conceivable that i Chinook they will not only be employed in MEDEVAC roles and that i Mongoose they will not only perform escort duties. Furthermore, the aerated they may find themselves having to disembark from helicopters to recover some TF injured, perhaps in non-permissive conditions (CSAR). These are scenarios that, while not falling within the assigned mandate, could very well occur.

So it would be legitimate to ask ourselves (and ask the Draghi Executive): how will our interests be protected and what will be the strategic return for Italy?

The supplies of military equipment by NATO and European countries to fighters continue in these days ...
9911
Read

The surprise attack of Bilohorivka will remain in the history of the Russian aggression war on Ukraine on the list ...
39098
Read

Some countries of the former Eastern Bloc have announced that they intend to sell their MBT holdings to Ukraine in order to ...
31990
Read

We have already spoken extensively in the first part of this analysis of Ukraine and its situation; now is...
34633
Read

President Zelensky never ceases to urge NATO countries (and not only those) to supply armaments to ...
9337
Read