Home Military world On the roof of the world, China is strengthening

On the roof of the world, China is strengthening 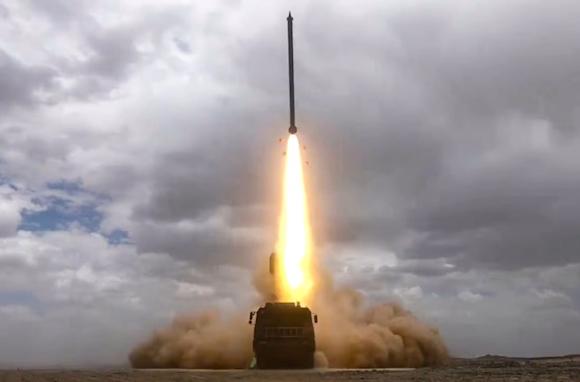 According to Chinese media, the PLAGF (People's Liberation Army Ground Force) has tested the new PHL-16 rocket launcher / missile launcher at high altitude, it could therefore also be deployed on the Sino-Indian border.

Presented for the first time in public in the Chinese National Day parade on October 1, 2019, the weapon is based on a field system (on 8x8 rotated chassis) with multiple launch (2 containers / 4 launchers), capable of firing both 370 mm guided (GPS) rockets, with a maximum range of 220 km and BRE8 ballistic missiles, equipped with a warhead of 480 kg and with a maximum range of 360 km, or the TL-7B subsonic anti-ship missile, with range maximum of 180 km.

The system is among the heaviest in the world with a range matched only by its North Korean counterpart, the KN-25, credited with a maximum range of just under 400 km.

The PHL-16 will allow Chinese ground forces to considerably outperform potential adversaries, none of which deploys comparable systems. While China's naval and air warfare capabilities are usually portrayed as superior to its ground forces, largely due to the nature of its major theaters of potential conflict (all within some distance of the country's east coast), the new system could potentially be a game changer, both vis-à-vis Taiwan and India.

The Himalayan range runs the full length of the Sino-Indian border before turning south to become the Karakoram range that borders Pakistan, Afghanistan and Tajikistan. In practice it constitutes a sort of "Great Wall" that separates the two most populous countries in the world.

The Chinese have the so-called "geopolitics of fear" syndrome: if China did not control Tibet, India could always do so. Thus New Dehli would have the most important peaks of the Tibetan plateau and a base from which to launch the invasion of the central Chinese plain, as well as control the sources of three great rivers of China, the Yellow River, the Yangtze and the Mekong (in practice the water supply of Beijing).

Chinese soldiers will travel to Russia to participate in a series of joint exercises. To the maneuvers ...
16422
Read

It was known that Soviet, and later Russian, industrial and technological espionage (S&T) never really ...
14798
Read