Strada: "real security for citizens is health, not armed defense" 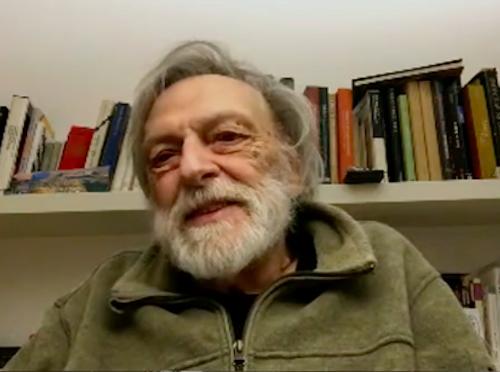 It seemed strange that, after a month of medical emergency, Italy did not start to attack defense spending; considered by well-thinking, already in normal times, useless and now absolutely absurd, since they could be used for our shabby healthcare.

The logic, flawless for them, of the well-thought (like Gino Strada) is that without all that money spent on armaments Italy would have had exceptional health.

Dr. Strada (utmost respect for his work as a doctor) is lashing out, specifically, against the purchase, by our Navy, of two (the total requirement is 4 boats) new submarines U-212 NFS (v.articolo), intended to replace the class Sauro.

It's a taboo. In Italy we can talk about everything, but not about military expenses. Even now, while there are no ICU beds in hospitals, we do business with weapons. It is shameful! Sentencing the founder of Emergency, continuing to lash out against military spending, it is disconcerting. I consider it an irresponsible choice on the part of a state that instead of giving answers to people who find it hard even to eat, spends billions to buy two useless submarines and maintain the purchase program of the F-35s.

But here's the gem that dismantles centuries of history of philosophy (Hobbes will be turning over in his grave), true security for citizens is health, not armed defense. The resources destined for the purchase of armaments continue to increase while those in welfare, education and health continue to decrease.

Everyone has the right to express their beliefs, according to their conscience and thought. However, there are aspects of the state which, in our opinion, should never be called into question.

The Armed Forces are an essential element of our society, both in missions abroad and in interventions at home. In order to operate, like medical personnel, they require adequate means and trainingo.

The billions that are invested in naval units and aircraft of the latest generation (useless to return to the F-35, we have published several articles on the matter - more), are the tools that serve our safety, the same tools that allow Dr. Strada to provide relief in war zones.

The American military device, in recent years, is undergoing a profound restructuring in order to face ...
1870
Read

The hull of the icebreaker ship Evpatiy Kolovrat, the class leader of Project 21180M, was set up at Almaz ...
870
Read