Home Military world SMX 31, a visionary submarine for you ... 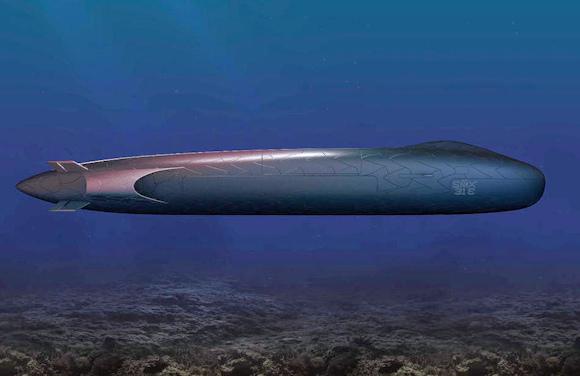 What will the submarines of the third millennium be like? A submarine project created by the French Naval Group that integrates the latest digital technologies for greater operational efficiency and significant versatility of use was presented on many newspapers and specialized sites. An underwater vehicle that promises to be decidedly stealthy, thanks to its characteristic scaly biomimetic cover, and which will benefit from an unparalleled electrical energy storage capacity for a new propulsion system.

Science fiction? No, the French naval architects and design engineers are working on a project projected into the future, imagining different military scenarios in which the need for continuous surveillance of the oceans can no longer be an option. We can imagine that in the next twenty years, fluid balances will be generated between the old and new superpowers in constant competition for energy resources. Complex scenarios that will be characterized by asymmetric threats where the information superiority it will have to ensure fast and safe data flows in order to allow surface and underwater naval forces to operate firmly and quickly where necessary. In a nutshell, the underwater weapon will therefore certainly be an important component in future maritime scenarios.

From the information published on the net it appears that the SMX31E can be a visionary solution to maritime operational requirements, in order to obtain the superiority of employment necessary in future crisis scenarios in the oceans but also in the smaller seas of the world. 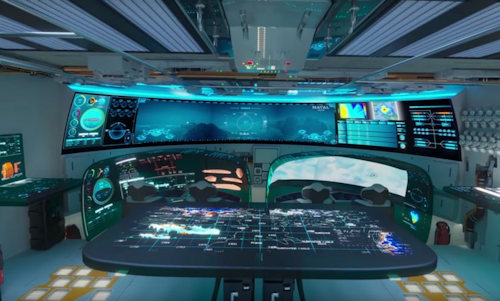 Automation will certainly play an important part (reducing the manning) but the human decision-making and operational component will always be necessary.

Its claimed greater invulnerability is the result of the biomimetic shape and coating material that will make it more invisible to active sonar emissions.

Autonomy is the other declared advantage of the SMX31E, which will allow the submarine to be submerged for almost two months thanks to its high energy capabilities and efficient energy management system.

According to the Naval Group the submarine will use advanced artificial intelligence technology, providing maximum connectivity to the various means involved both to interact with the rest of the fleet and with its autonomous vehicles in a distributed submarine network. In particular, this new technological design will allow the crew to collect and process data efficiently even with remote sensors (UUV drones) that will allow them to better assess the tactical situation on the surface and underwater. It has been estimated that the submarine will have to be able to monitor, for the same time, areas ten times larger than today with the same efficiency as current systems.

This smart submarine will always keep Man in the decision making process and will become a force multiplier thanks to the integration of different types of drones, including large drones. The underwater network, consisting of the submarine and its UUVs, connected to each other, will help to control the underwater theater, expanding the operational arm of the underwater boat. 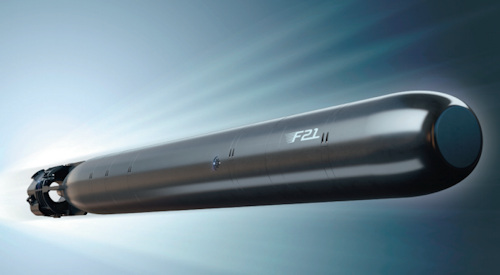 The design, already presented atEuronaval 2018, is decidedly innovative, with the elimination of the traditional sail and the stern thruster, and an overall biomimetic shape that resembles that of a humpback whale.

According to sources, the hull will directly incorporate sensors and there will be a large unmanned underwater vehicle (UUV) hangar aft with ample maintenance space for UUVs / AUVs inside.

The armament could include 24 heavy weapon torpedoes F21 can be launched from the front, side and rear tubes.

In particular, the stern torpedo tubes can also be used to launch and retrieve up to six autonomous underwater vehicles (propulsion drones, gliders) and the surveillance systems (sono-buoys) necessary to create the underwater information network.

We do not know if this design will be realized as presented but its decidedly innovative engineering and operational concept will surely influence the next classes of French submarines for what will be the future scenarios.