Home Military world Tension is still rising in the Mediterranean

Tension is still rising in the Mediterranean 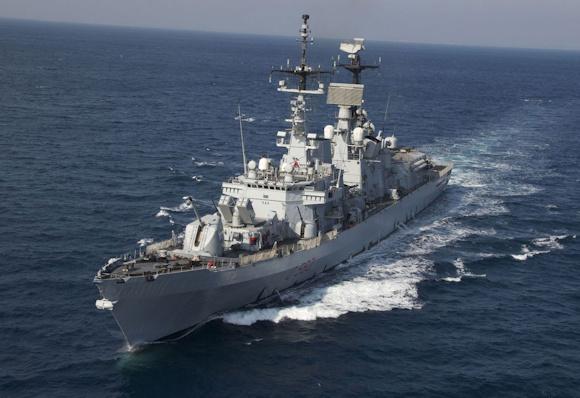 Turkish President Erdoğan said today in a commemoration that "Turkey is determined to do whatever it takes to get its rights recognized in the Aegean, the Black Sea and the Mediterranean".

Adding that Turkey will not accept compromises and that "Greece must guard against making false steps", otherwise, "Will suffer serious consequences".

Therefore, the tension between Greece and Turkey does not seem to diminish, never so high since the 1974 conflict, so much so that the German foreign minister had to specify that "In the Mediterranean we are playing with fire and every spark could lead to catastrophe".

Meanwhile, an exercise is underway in Cypriot waters involving units from France, Cyprus, Greece and Italy.

The Navy sent the fighter Durand de la Penne (entered service in 1993). If the purpose is to intimidate the Turks we hope that the other navies have sent more modern units; the Durand de la Penne (photo) is an obsolete unit (actually the class Durand de la Penne they were not at the forefront even when they entered the line), with an outdated armament, in fact the Navy has long requested a new class of destroyers with superior capabilities.

The exercise Eunomia it will go on until 28 August in a seaside area that has been the scene of strong tensions between Ankara and Athens in recent weeks.

"The initiative aims to demonstrate the commitment of the four European Mediterranean countries to the rule of law within the framework of a policy of de-escalation of tensions", said Panagiotopoulos, the Greek defense minister.

The crisis between Greece and Turkey will be at the center of the informal meeting of EU foreign ministers to be held today and tomorrow in Berlin (a re-edition of the useless conference on Libya), with Athens intent on asking (unnecessarily) for sanctions against Ankara. Our foreign minister Di Maio will probably repeat the usual phrase: "There can be no military solution to the crisis".

It is certainly not new that aircraft of the Aerospace Forces of Moscow violate the airspace of the Scandinavian countries ....
328
Read

Chinese soldiers will travel to Russia to participate in a series of joint exercises. To the maneuvers ...
14136
Read

It was known that Soviet, and later Russian, industrial and technological espionage (S&T) never really ...
14444
Read

Anyone who has kept an eye on the renewal of the Navy's ship (limiting the analysis to "gray ships", ...
51566
Read

Bangladesh appears to be dissatisfied with the quality of military supplies received from Beijing. China uses ...
6236
Read

Operation Breaking Dawn by the IDF in the Gaza Strip will continue until all the ...
7428
Read

Terrorist attacks in Mali continue by Islamist groups that are gaining more and more power. At the end of July...
2038
Read

While Europe is focused on the war in Ukraine these days, the tension that arose from the official visit ...
2714
Read

With the eyes of the world on the Ukrainian war, it is often forgotten that there are other outbreaks ready to explode ...
7598
Read