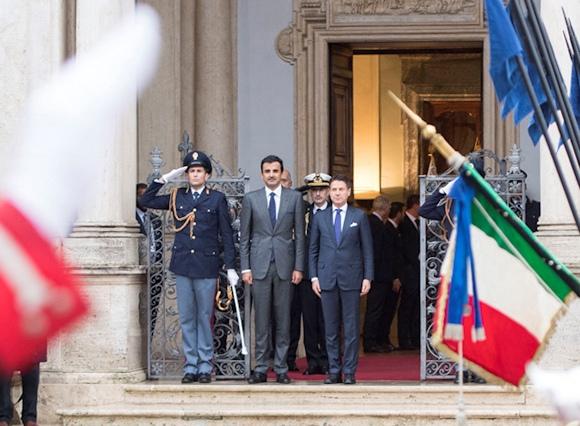 The big absentee at the international tables. What many economists and policy experts today study is precisely the lack among modern states of a far-reaching foreign policy. From the United States to France, to Italy, the world today seems to be perceived as an ungovernable magma whose challenges escape the planning capacity of governments. Basically you surf on sight.

In fact, almost all the important countries of the West prefer to subordinate the choices of foreign policy to the immediate needs of internal politics. And so the dialogue between countries, which can serve precisely to avoid disasters, is the great absentee in the world political scene. A clear example is the case that even the Trump Administration has never completed the appointments to the State Department, in this way the American foreign policy ended up essentially in the hands, ad interim, to the so-called "acting" without power, with all the consequences of the case.

"American First" was and is the motto of the new president, a policy of "re-entry" within the national borders already begun with the previous administration and accelerated by that of today. Not so different is the case of Great Britain where, despite a perfect diplomatic machine, isolation from the international scenario is preferred and a complete reversal of course with respect to the past with the Brexit in progress. Germany, on the other hand, is instead focused on the European dossiers and on the re-emergence of anti-Semitic xenophobic drives. 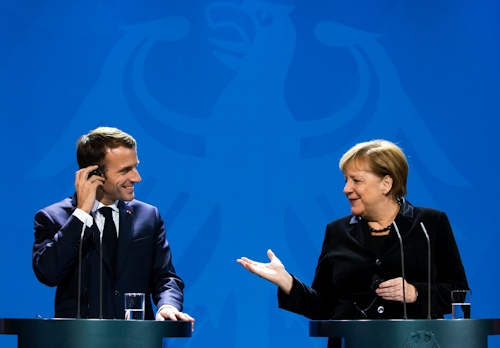 The most active European country on the world stage has traditionally been the French one, but domestic concerns are limiting the overall vision of its president who is paying, among other things, the price of preaching good and badly razzolare, wanting to pursue the dream of a French Europe despite its ecumenical declarations of opposite sign.

Italy, then, seems to have renounced any commitment to foreign policy. This crisis of vision highlighted by the West is not reflected in the East. Russia, China, Turkey have defined and are implementing long-term lines of action resulting from specific strategies that give coherence and incisiveness to their action both in the military and in general in foreign policy, as seen in Syria, in the Mediterranean, in China Sea, in East Africa (including silk road), etc.

And Europe? Having built a large market, guaranteed fundamental rights and freedoms of its citizens, having built the foundations of a common economic policy, the process seems to have stopped. To relaunch the strength of the European Union would require the complete renunciation of national sovereignty of individual states, to create a federation of semi-autonomous regions (but not too much), with foreign, military and macroeconomic policies led by a central government. After the renunciation of money, it would therefore be necessary to lose another of the pillars identifying an independent nation, its own Armed Forces. 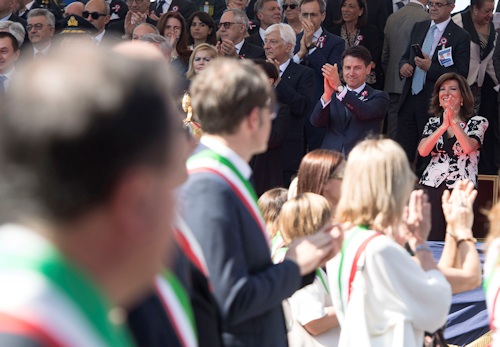 For a long time Italy has welcomed this hypothesis because as it was defeated by the allies it was a matter of losing little, as a nation already limited in sovereignty, however impatient towards the military world.

Our political class welcomed this hypothesis to be able to concentrate on the management of power, without the responsibility of security and national interest, as it was first delegated to the US and then eventually to Europe.

Today nationalism is reborn in a Europe weakened by the enlargement of its perimeter to 28 nations that are very uneven in terms of culture and fundamental values. From a Europe to 6 peoples of Latin and Germanic origin has passed, not by chance under the American pressure of the Bush administration to the current massacre. Brexit is the most evident case of the centrifugal forces in place fueled by the "rejection" towards an idea of ​​Europe increasingly perceived as alien to the initial ideals and shared by the founders.

The question is what the role of Italy in this scenario could be. From a geopolitical point of view, in fact, our country is a land of "middle": not at the center of the European continental mass like Germany or France, no longer the advanced frontier of the American Empire, but still the southern extension of the 'Europe towards a sea that is still as important as the Mediterranean. From this position, Italy has always had to look at both the West and the East at the same time. Hence the natural predisposition to the duplicity of our being in Europe, seen by partners as levity in Levantine in trying to play simultaneously on multiple tables. 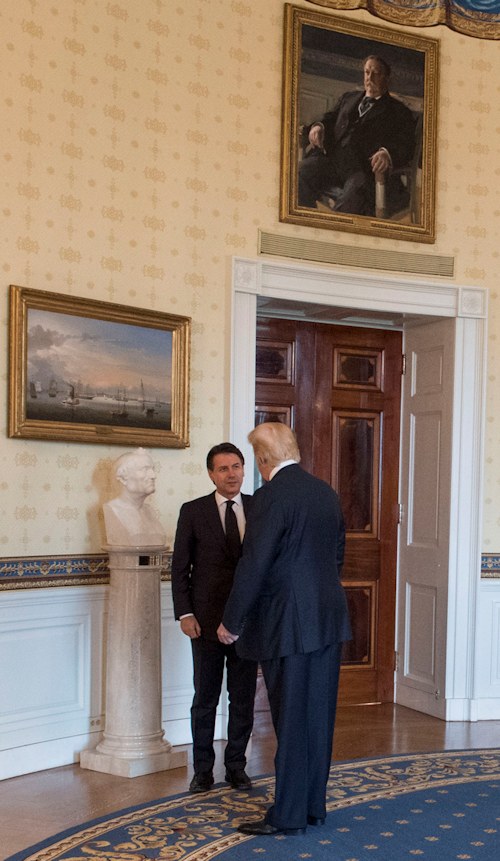 In the past, our country, despite being tied to the United States in the cold war, never ceased to try to open its own space in alternative geographical quadrants, trying in this way to balance and mitigate the consequences of the bond with America ( vds the privileged relationship with the Palestinian Liberation Front in the times of Andreotti and Craxi, in exchange for the suspension of terrorist attacks in Italy).

Since the end of the last century, even the remaining lines of action available to Italian governments abroad seem to lose momentum. The lack of interest of the United States towards Italy, together with the renunciation of multilateralism, implicit in the sovereign drift, exposes the nature of the earthenware pot of Italy among iron vessels in the international arena. The Italian military irrelevance, both in terms of means and perhaps above all of the will / credibility of its use for operations of national interest, is undoubtedly one of the factors of weakness that makes it difficult for Italy to develop autonomous functional policies, in scenarios of deep crises and complex situations such as those in North Africa and the Middle East. To make the context more dangerous, there is certainly Russia's attitude. Once closed in itself, it is now ready to establish relations with anyone who can carry out his Zarista policy towards the warm seas and in an anti-European key, often in tune with the impulses of President Trump, who is also an enemy of a strong and cohesive Europe.

Even Turkey develops a neo-Ottoman policy that successfully opposes it to Italy, for example, in the development of natural gas deposits in the Eastern Mediterranean, without any signs of resistance and containment by the Italian government. In Libya, Italy in trouble, is as good as it can between France, Qatar, UAE, Egypt and of course Russia.

Yalta had entrusted Italy to the protection of the United States, which determined our foreign policy from the ruinous defeat of the Second World War to today, allowing our political class to focus solely on domestic politics, consistently with the status of a defeated country and occupied / militarily guaranteed by the victorious Powers.

With the loss of the guarantee and protection of Uncle Sam, will our new ruling class be able to face the consequences that the search for national sovereignty will impose?

From the umpteenth cut to the defense budget, in continuity with the majority of previous governments, it would not seem to perceive any change.

(photo: Presidency of the Council of Ministers / Eliseo)

The Biden Administration continues to supply the Ukrainians with artillery. After the 155 mm M-777 howitzers and, news ...
905
Read

As previously written, among the supplies of armaments sent by the Italian government, there are also howitzers / ...
71319
Read

To circumvent the limitations imposed by Congress, the Biden Administration employs its allies to provide ...
19379
Read

No war can be interpreted and explained through the "absolute" and necessarily abstracting lenses of ...
4548
Read

If it weren't serious, it would even be comical. People don't realize the significance and implications that ...
19295
Read

Reuters reports that the United States will provide Ukrainians with long-range anti-ship missiles. If that were to ...
46047
Read

Last month we witnessed the sinking of one or more Ukrainian Neptune anti-ship missiles in the Black Sea ...
37579
Read

The Russian Airborne Forces (Vozdushno-Desantnye Voyska rossii - VDV) - like the vaunted Spetsnaz, by the way ...
29672
Read

The supplies of military equipment by NATO and European countries to fighters continue in these days ...
27491
Read