Home Military world Radio Prora The disease rages, we miss the pan, on the pon ...

The disease rages, we miss the pan, on the bridge it waves ... white flag 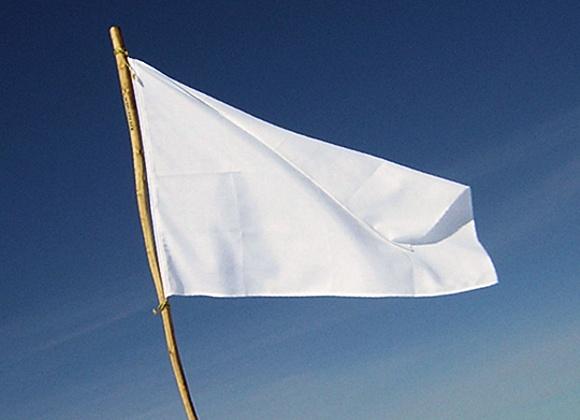 The situation in the Mediterranean continues to become increasingly complex and recent developments regarding the conflict in Libya have, guiltyly, had little resonance in Italy (but also in Europe) where media and political attention seems to revolve exclusively around the coronavirus emergency; as if there were no tomorrow.

It is now since March 25 that the Tripoli government of Fayez al-Sarraj with the beginning of theStorm operation he took the initiative in the war against ftaftar starting from a planned and launched counter-offensive under Turkish leadership. Ankara, in fact, leads the army of the Government of National Accord (GNA), integrating its ranks with Syrian mercenary militias commanded by Turkish officers.

The former mare nostrum it boils and once again proves to be a fracture line between Maritime Europe, the Middle East and sub-Saharan Africa and at the same time an area of ​​"compression" between old and new Powers who vie for the space of power left free by the retreating Americans.

The Mediterranean returns to play a leading role in the international "big game" and in this Sea a large part of Italy's future security and prosperity is played out in a world destined to be increasingly fluid and unstable. The only ones who don't understand it seem to be the Italians. By hesitating and commuting from one field to another, we opened Libya to Turkey, jumping awkwardly on Haftar's already crowded cart when he seemed to be the winner in pectore, with the result of being accused of abandoning the ally Al Serraji in time of need, failing to make commitments and without getting anything in return from the rebel general of Cyrenaica. In fact, we no longer touch the ball. 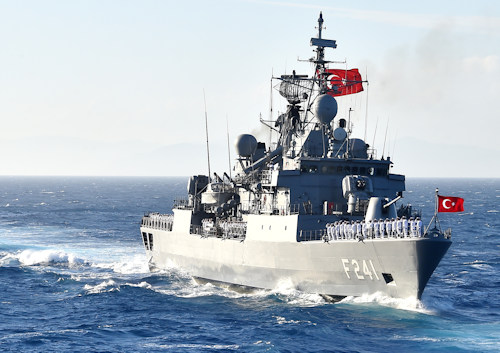 By contrast, Turkey has shown that it has very clear ideas. He followed the deeds with words, sending ground forces to defend Tripoli, skillfully using his Navy also as an anti-aircraft shield against the drones of the Emirati and the planes available to Haftar. But before engaging in the defense of Tripoli and the subsequent counterattack, Erdogan demanded and obtained very advantageous agreements on the sharing of Libyan marine resources. At the expense above all of Italy and Greece. But it is in particular Italy, perceived as the soft underbelly of Europe, to be in the sights of Turkey.

In Libya, as well as in Somalia, Turkey has inserted itself undermining the historical Italian influence in its ex-colonies. He did it thanks to a mix of "soft power", building large public works and "hard power", providing military assistance. To be more effective, Turkey moves through bilateral agreements, so as not to dilute the political return of its commitment to international coalitions, in which it would end up playing the part of the supporting actor following a great power.

Recently, some of the countries potentially damaged by Turkish expansionism have taken a hit.

On 11 May 2020 the foreign ministers of Egypt, Cyprus, Greece, France and the United Arab Emirates expressed "their deepest concern at the intensification of the expansionist tendency and by Turkey's continuing provocative actions in the eastern Mediterranean". The signatory ministers "denounce the ongoing Turkish illegal activities in the Cypriot exclusive economic zone and its territorial waters, as they represent a clear violation of international law, as indicated in the United Nations Convention on the Law of the Sea. It is the sixth attempt by Turkey in less than a year to illegally conduct drilling operations in the maritime areas of Cyprus ". [...] They urge "Turkey to fully respect the sovereignty and sovereign rights of all states in their maritime areas in the eastern Mediterranean" and reiterate "that the Memorandum of Understanding on the Delimitation of Maritime Jurisdictions in the Mediterranean and the Memorandum of Understanding on Security and Military Cooperation, signed in November 2019 between Turkey and Fayez El Sarraj, are respectively in violation of international law [...]. Ministers regret "deeply for the escalation of hostilities in Libya" and remember "the commitment to refrain from any foreign military intervention in Libya, as agreed in the conclusions of the Berlin conference". In this regard, ministers condemn "firmly Turkey's military interference in Libya and urged Turkey to fully respect the UN arms embargo and stop the influx of foreign fighters from Syria to Libya. These developments pose a threat to the stability of the neighbors of Libya in Africa and Europe ". 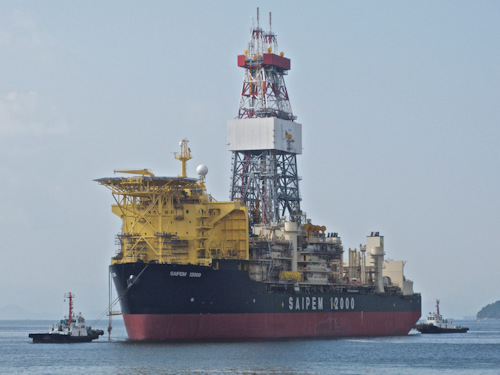 I quoted extensively parts of this long note (text reported by Ansa Med), because from the words of agreement of the foreign ministers of 5 countries concerned in the Mediterranean area it is clear with even greater clarity on the one hand how Turkey, at present, is dominating it: both with the heavy military intervention in Libya , in which it is possible to trace a confirmation of Erdogan's so-called "neo-Ottomanism", both with the drilling program in the Mediterranean and on the other hand as the European response is still weak, from which the Italian voice is still missing. Although it was Italy, on February 10, 2018, the first and for now the only European nation, to have been humiliated by suffering unresponsive (unlike Greece) the arrogance of Erdogan, when the ships of his Navy illegally blocked, in international waters, the Saipem 12000 oil platform (photo), under Eni's contract, preventing it from reaching the deposits obtained under concession in the Eastern Mediterranean1.

So here we go back to the point expressed at the opening: the only actor who is silent and seems constantly distracted and in other busy matters is our country. As if the question of the new balance that is taking shape in the Mediterranean did not concern us, resigned to remain subordinate and ancillary to any power, large or small, in order not to face the responsibilities connected with the status of an independent and free nation.

Let's rebel against resignation and torpor. Let's go back to being protagonists. Maybe starting from the Soft Power, making the most of the experience gained in the war at Covid-19 and the knowledge acquired by Italian Healthcare, to lend a hand to friendly countries in difficulty and which are still in the growing phase of the disease. Not only would we do good, but we will revive the perception of Italy in many areas of the world where our image is tarnished today. We return to Libya with qualified doctors and nurses through the Farnesina Cooperation. We help rebuild vital infrastructure, hospitals, schools, roads. We build power plants to supply electricity and aqueducts. We strengthen our military collaboration with bilateral agreements with countries that are strategic for our security. 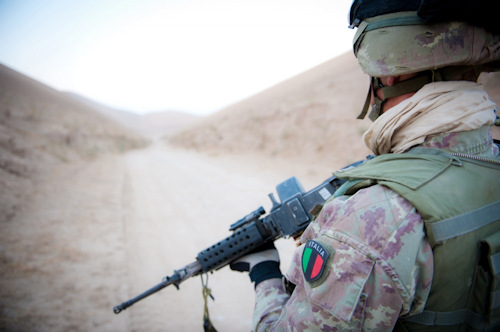 Of course there is fighting in Libya, it is dangerous, but Afghanistan and Iraq were, and so are; although there are no wars of direct national interest, we have not hesitated to send our soldiers who have distinguished themselves for courage for discipline and professional skills. For that matter, we have had hospitals and schools built and managed with funding and by Italian personnel in Africa, Asia, in dozens of war zones as much as, if not more, than Libya today, for tens of years. It is time to resume naval presence and diplomacy missions of our Navy, such as the one named Country System in Movement2, around Africa and in the Persian Gulf in 2013/204.

The security and stabilization of Libya is our strategic interest far more than Afghanistan or Iraq. Let's go back to the game!

Unfortunately, the absence of political debate on the issues of foreign policy and therefore of the national interest is moreover indicative of the inclination of an important part of the national political class, too absorbed by the division and daily management of power, to deal with the fate of the Nation, its security and the prosperity of its people in the years to come.

Unfortunately, nothing new: over 4 centuries ago, while the crowns of France and Spain faced each other for supremacy in Europe and in the new world, the Italian princes and dukes, the political class of the time, placed themselves at the disposal of either of the other power in order to preserve the power of their house. Then the proverb was coined "or Franza or Spain, as long as it is magna" attributed to Guicciardini in 1526.

It would be really sad if this motto were to become current again.

Too bad because Italy deserves more, especially for the qualities of the Italians who certainly are second to none.

1 Eni has been present in Cyprus since 2013 and holds interests in six licenses located in the exclusive economic waters of the republic (in Blocks 2, 3, 6, 8, 9 and 11), five as operator. In 2018 the group announced that it had made a gas discovery in Block 6, offshore Cyprus, through the Calypso 1 well. It was - it was explained - a promising gas discovery which confirmed the extension of the theme of Zohr's search in the exclusive economic waters of Cyprus ".

2 The 30 Naval Group formed by the Aircraft carrier Cavour, Etna team supplier, the new Frigate Bergamini and the patrol boat Borsini, set sail from the port of Civitavecchia on 13 November 2013, heading for the Suez Canal, on the route of the Naval Campaign "The Country System in Motion" which, after crossing the waters of the Arabian Gulf and the Indian Ocean, was completed with the circumnavigation of Africa. The mission of the Naval Group ended on April 9, after 149 days and after more than 18000 nautical miles, equal to about 36.000 kilometers, and after having visited 20 countries and made 21 stops in port.

The Biden Administration continues to supply the Ukrainians with artillery. After the 155 mm M-777 howitzers and, news ...
2978
Read

As previously written, among the supplies of armaments sent by the Italian government, there are also howitzers / ...
71601
Read

To circumvent the limitations imposed by Congress, the Biden Administration employs its allies to provide ...
19483
Read

No war can be interpreted and explained through the "absolute" and necessarily abstracting lenses of ...
4604
Read

If it weren't serious, it would even be comical. People don't realize the significance and implications that ...
19450
Read

Reuters reports that the United States will provide Ukrainians with long-range anti-ship missiles. If that were to ...
46108
Read

One of the modern fields of study related to learning is the one known as "serious games". Let's start right away ...
2487
Read

Last month we witnessed the sinking of one or more Ukrainian Neptune anti-ship missiles in the Black Sea ...
37612
Read

The Russian Airborne Forces (Vozdushno-Desantnye Voyska rossii - VDV) - like the vaunted Spetsnaz, by the way ...
29713
Read

The supplies of military equipment by NATO and European countries to fighters continue in these days ...
27555
Read