On January 3 an enemy died, a martyr was born 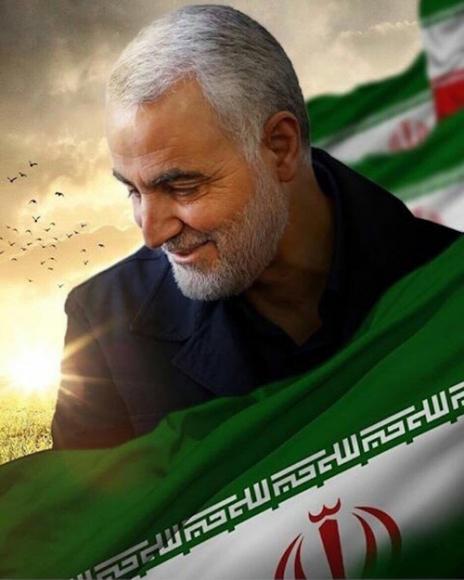 That the major Iranian general Qasem Soleimani, commander of the Quds Force Tehran's overseas operations manager, specializing in asymmetric warfare was a danger to the United States is not in doubt. The point is that the gen. Soleimani has been a threat for at least 15 years. So why assassinate him right now together with his second in command and what political and military purposes led to President Trump's decision?

Secretary of State Pompeo said in an interview with CNN today that the decision was made on reporting by US intelligence to prevent an imminent attack on US targets in the Middle East and to protect American lives. The consequences of this killing, however, could be devastating to the interests and security of Americans in the Persian Gulf and likely beyond.

To frame the extent of the elimination of Soleimani compared to the killing of Osama bin Laden, it is enough to consider that the latter did not hold an official position within a nation, but was the leader who had been fleeing a terrorist organization for years.

The last time the United States killed a military chief was during World War II, when intelligence-informed President Roosevelt planned to kill Japanese Admiral Yamamoto by shooting down his plane in an ambush. The difference is that the United States and Japan were at war. Iran and the US are not, at least not yet.

Trump's decision will certainly have far-reaching destabilizing consequences not only in relations with Terhan but also with the Iraqi government, which is experiencing the presence of US troops on its territory with increasing difficulty.

Street demonstrations and attacks on the US embassy in Baghdad show that the acceptance of foreign presence is increasingly precarious. The American action taken on January 3 comes after months of US liabilities in the Middle East and the Mediterranean. Just think of the decision to abandon Syria to control Turkey / Russia, the Kurds to their fate, not to intervene after the spectacular drone attack on the Buqyaqin Saudi Arabia refinery, to the shooting down of US Drones in the Strait of Hormuz, maintaining a low profile on the occasion of Kim Jon-un's latest provocations and his absence from the Libyan scene.

Given the importance of the killed general, the consequences could extend beyond the Persian Gulf, into the Mediterranean, Syria and Libya, for example, overshadowing the Libyan crisis pending Iranian moves, effectively leaving Turkey more freedom of action. in inserting regular troops in support of al-Sarraj and for Russia to move more aggressively.

The hope is that Trump's decision will be part of a comprehensive strategy that has foreseen how to contain the inevitable Iranian retaliation, the further destabilization of Iraq, the Persian Gulf, Yemen etc. and that it is not a move aimed at reversing the image of a distracted or even weak president in foreign policy as the presidential election approaches. History is full of examples of risky decisions in foreign policy to strengthen the consensus of the people through national pride and the myth of the Fatherland in danger. It might work. But at what price?

Meanwhile, the Shiite cause now has a new bright martyr.

As previously written, among the supplies of armaments sent by the Italian government, there are also howitzers / ...
61943
Read

To circumvent the limitations imposed by Congress, the Biden Administration employs its allies to provide ...
18761
Read

No war can be interpreted and explained through the "absolute" and necessarily abstracting lenses of ...
4344
Read

If it weren't serious, it would even be comical. People don't realize the significance and implications that ...
18479
Read

Reuters reports that the United States will provide Ukrainians with long-range anti-ship missiles. If that were to ...
45672
Read

One of the modern fields of study related to learning is the one known as "serious games". Let's start right away ...
2436
Read

Last month we witnessed the sinking of one or more Ukrainian Neptune anti-ship missiles in the Black Sea ...
37416
Read

The Russian Airborne Forces (Vozdushno-Desantnye Voyska rossii - VDV) - like the vaunted Spetsnaz, by the way ...
29411
Read

The supplies of military equipment by NATO and European countries to fighters continue in these days ...
26994
Read

The surprise attack of Bilohorivka will remain in the history of the Russian aggression war on Ukraine on the list ...
53842
Read