Will the Ottomans take Libya back? 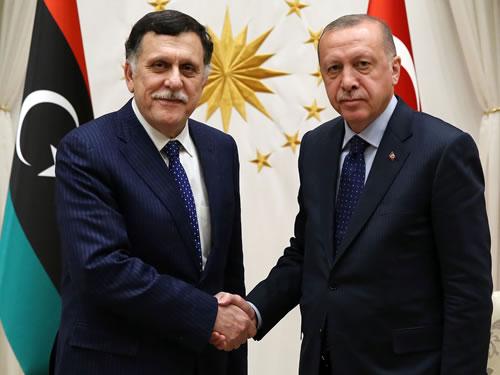 Erdogan shudders to intervene in Libya, to the point of not having waited for the go-ahead of his Parliament to send troops, scheduled for January 2, in fact already infiltrated clandestinely for days.

The return of Turkey to Libya after its expulsion in 1912, precisely by the Italian hand, is an unmissable opportunity in at least two respects, the first economic one, to obtain privileged access to hydrocarbon deposits in the waters facing Libya and to investments related to post-civil war reconstruction (about US $ 13 billion of works contracted to Turkish companies, suspended after the fall of Gaddafi), the second, of a strategic order, to restore Turkish presence in Libya and the Central Mediterranean after a century of absence, also at the cost of radically upsetting the military and political balances both towards Italy and Greece.

Expelling Italy from Libya would also have a strong resonance in Turkish public opinion: the settlement of an old account, which remained pending from the Italian / Turkish war of 1912, when the Ottomans lost Libya by the Italian hand. Until a few months ago, a hypothesis that could only be realized in a dystopian future would appear. Now Erdogan's dream could really come true.

Never before has Italy been lonely and weak, not equipped to protect its national interests, without the American shield and in the absence of a multilateral context in which to find refuge and political direction.

Never before has Turkey represented a formidable adversary, not only for its military capacity, but above all for its propensity to use force also against nations belonging to NATO (vds Greece and more recently against Italy in the waters of Cyprus).

It therefore happens that, as in the past, Italy yields to the temptation to seek salvation from its adversaries. Even in this contingency, jumping on the winner's wagon seems to be the only way out, with the hope of less harsh conditions than those obtainable by remaining alongside al-Sarraj until the end. 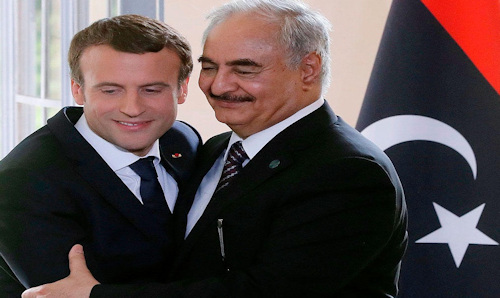 The problem is that on the one hand the end of al-Sarraj may not be as imminent as it appeared a few days ago, before the announcement of Turkey's direct intervention and on the other that the camp that supports Haftar is already very crowded to leave space to the protection of Italian interests which, moreover, conflict precisely with those of one of the main sponsors from the first hour of Haftar, or France.

With the entry of the Turks into Libya alongside al-Sarraj, the anticipated change in the deployment of Italy would weigh little on the balance of forces on the field and consequently would not constitute an exchange commodity of particular interest to Haftar, while such If confirmed, it would significantly damage our international credibility and the protection of our interests in Tripolitania if Tripoli resists the siege of Haftar. Much will depend on the times of the crisis and the developments on the ground in the coming days.

It is in the interest of the Haftar coalition to oust al-Sarraj as soon as possible, before the Turkish presence becomes significant and before UN / EU international interventions may activate truce on the ground that could in fact favor Erdogan who would continue to infiltrate irregular veterans from the Syrian conflict.

Erdogan, on the other hand, has an interest in prolonging the conflict situation around Tripoli to legitimize the deployment of a sufficiently powerful military device that would enable him to negotiate his stay in Tripolitania, possibly in exchange for control of Russia / Egypt of Cyrenaica, with the possibility of opening a naval base in Derna for the Russians and establishing a buffer zone in eastern Cyrenaica, desired by the Egyptian premier al-Sisi.

In the meantime, until al-Sarraj falls what will happen to the Italian interests and vulnerabilities in Libya that dictated our choice of field alongside al-Sarraj, ENI's concessions on the immense deposits of Libyan hydrocarbons (between which stand out from those in the Libyan Exclusive Economic Zone), the Mellitah pipeline (west of Tripoli) and the control of migratory flow?

The picture that is emerging for Italy is likely to be unfavorable both in the case of al-Sarraj's resistance, as we would have rushed to abandon him to his destiny in the moment of maximum difficulty, thus opening the way to the Turks, and in the case of Haftar's victory, as they were late in jumping on the winner's cart.

Photo: presidency of the republic of Turkey / Elysee

The Biden Administration continues to supply the Ukrainians with artillery. After the 155 mm M-777 howitzers and, news ...
984
Read

As previously written, among the supplies of armaments sent by the Italian government, there are also howitzers / ...
71344
Read

To circumvent the limitations imposed by Congress, the Biden Administration employs its allies to provide ...
19385
Read

No war can be interpreted and explained through the "absolute" and necessarily abstracting lenses of ...
4549
Read

If it weren't serious, it would even be comical. People don't realize the significance and implications that ...
19300
Read

Reuters reports that the United States will provide Ukrainians with long-range anti-ship missiles. If that were to ...
46048
Read

Last month we witnessed the sinking of one or more Ukrainian Neptune anti-ship missiles in the Black Sea ...
37581
Read

The Russian Airborne Forces (Vozdushno-Desantnye Voyska rossii - VDV) - like the vaunted Spetsnaz, by the way ...
29674
Read

The supplies of military equipment by NATO and European countries to fighters continue in these days ...
27495
Read