EUNAVFOR MED IRINI: yet another missed opportunity for Europe's credibility? 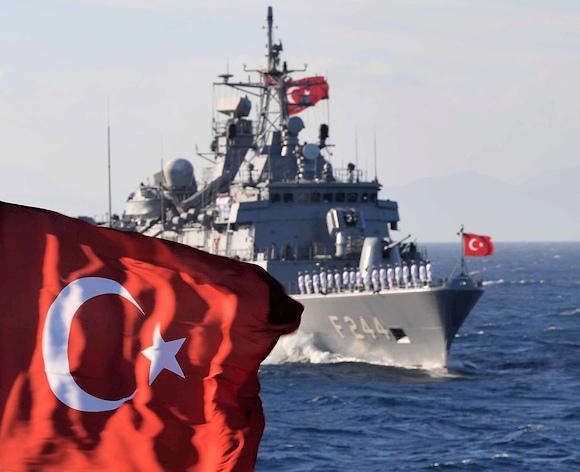 On 1 April, the EU EUNAVFOR MED IRINI operation was "launched". After about a week the only ships patrolling in front of Libya are the Turkish ones. There is no trace of IRINI's. Perhaps thanks to Covid 19 which has probably aggravated the traditional operational shyness of the EU, European ships are still in port.

So far only Greece and Italy have declared that they are truly ready to send their ships overboard. France would be available to participate with its own ship, but not before mid-May, while Spain would limit its contribution to a Navy patrol plane. Germany not received.

A little bit to tell the truth, especially after the importance attributed to the Berlin Conference and the declarations of intent of the main countries. With only three ships, admitting a sea / port ratio of 60%, the average presence in the area of ​​operations would be optimistically reduced to 2 units. If no more were added, the "naval blockade" would be very permeable, in fact a facade mission, especially if it were not equipped with very robust rules of engagement (unlikely).

Beyond the new name, the tasks of EUNAVFOR MED IRINI are essentially those of Sophia, but with a change in operational priorities. In first place, there is now the execution of the embargo on the entry of weapons into Libya, based on UN Security Council resolutions 1970 (2011), 2292 (2016), 2473 of 2019 (for Sophia it was the fight against human traffickers). The secondary tasks are the surveillance of illicit Libyan oil exports, the formation of the Coast Guard and the Libyan Navy, the fight against human trafficking. 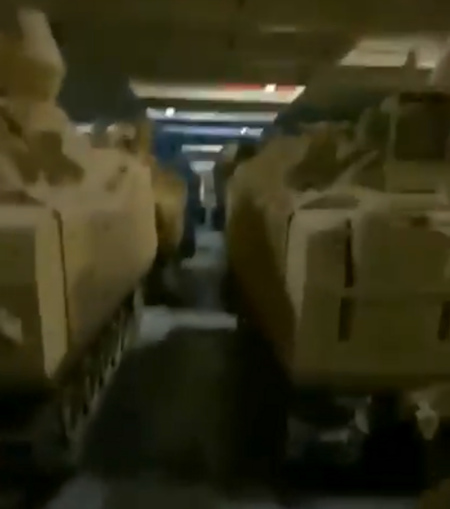 Unfortunately, the new operation also inherits some of Sophia's constraints. The EU naval group will not be able to operate within Libyan territorial waters, in its airspace or on land, unless it receives an explicit invitation from the Libyan government (unlikely to happen given that there are two governments, at war among them and that such permission was never obtained by Sophia). This means that the arms traffic directed to Cyrenaica across the land border with Egypt and the maritime one within 12 miles from the coast can continue practically undisturbed.

In practice, ships from the Red Sea and the Persian Gulf, after crossing the Suez canal, will be able to navigate the Egyptian territorial waters and then those of Cyrenaica, under the control of the Haftar patrol boats, reaching substantially undisturbed the ports of Tobruk and Benghazi, without being able to be intercepted by European ships. The rebels of Cyrenaica will therefore not risk being left without weapons.

On the other hand, it would be the government supported by the UN, that of al Sarraj, to be penalized, a paradox which is the key to this Libyan crisis. The territory that still remains in the hands of the Government of National Accord in Tripolitania would in fact be refueled essentially by sea, from ships exposed to the possible interdiction of the EU naval group as coming from international waters, since they could not exploit the corridor of territorial waters of the Cyrenaica garrisoned by Haftar.

In summary, the direct shipping to Tripolitania would be affected by the action of the European Naval Group, provided that the Turks do not decide to escort ships carrying weapons to Tripoli (photo), creating the conditions for an armed confrontation between European and "neo-Ottoman" ships.

It is this possibility, quite concrete, however, to constitute the main novelty with respect to the operational context of the Sophia mission: the presence at sea in the same waters of an opponent determined to defend Tripoli and the Government of Al Serraji in order not to lose the strategic advantages both in military and economic terms, recently obtained . Turkey is an opponent whose propensity to use force should not be underestimated. The choice of the nation to which to entrust the Command of the Naval Group is articulated around this element of novelty. 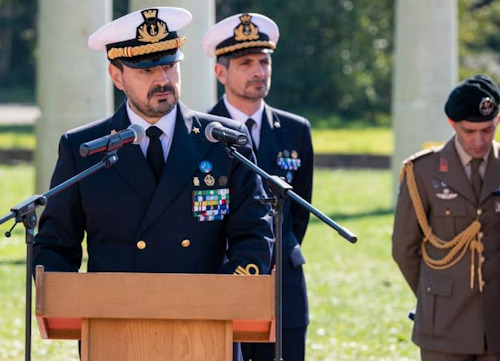 The new mission has in fact inherited from Sophia also the headquarters in Rome (at the headquarters of the Operational Command Interforce) as well as the assignment to Italy of the command of the operation as a whole. On the other hand, the discussion between the partners on the choice of the commander at sea is still open. For Sofia he has always been an Italian admiral. In the case of IRINI, she came forward Greece, the most directly penalized by the Turkish presence in Libya together with Italy, offering not only the flagship, but also the availability of its ports for the landing of migrants eventually rescued at sea; the latter aspect politically and operationally relevant, given the sensitivity of the issue for European countries, Italy in the lead.

Greece, Turkey's historical enemy, is likely to fear that a commander from another nation may be less determined in a possible confrontation with the Turkish naval group which has been patrolling Libyan waters for some months to protect maritime access and the Tripolitania coast.

If Greece does not obtain the command, it could withdraw the offer of its ports, without which IRINI would be difficult to manage, imposing the displacement of the EU naval group very far from Tripoli, substantially in waters overlooking Cyrenaica to avoid the routes of direct migrants towards Lampedusa. Even admitted to limit the EU maneuvering space to the eastern sectors, by accepting a less effective ban on arms trafficking towards Tripolitania, it could not be ruled out that they were called upon to rescue immigrant boats in emergency. In this case, the problem of where to land the rescued people at sea would recur. It is therefore clear that Greece's willingness to open its ports and with it Greece's request for command at sea would deserve the utmost attention. Moreover, even if Italy obtains to maintain the command at sea, it is not said that it is convenient / politically sustainable for the Italian Government. 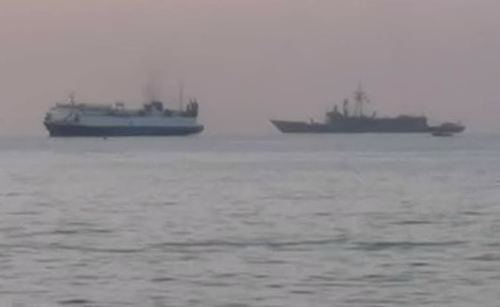 The fact is that, for the aforementioned reasons, the naval blockade against the illegal import of weapons into Libya would in fact be essentially in an anti-Turkish key and at the expense of the resistance capacity of the National Agreement Government supported by the UN and at least formally by the 'Italy. If we had obtained the command at sea, if we did not stand up to the Turkish Naval Group in the event of confrontation / confrontation, we could be accused of passivity or connivance by Greece and France.

Otherwise we should be prepared to manage the use of force against the Turks who have shown that they have no particular inhibitory brakes in this sense. We would be between the anvil and the hammer, at the helm of a mission that was born weak from a political point of view even before a military one.

From this point of view, the Greeks could be better equipped politically to manage the Turkish threat in real time, given that they have been doing it daily in the Aegean since the end of the Second World War.

In any case and from any angle, the new European mission is observed, the premises, the operational constraints and the reduced number of means are the photograph of the divisions between foreign policies and more generally of the conflicting interests of the European States. IRINI could thus be the umpteenth missed opportunity for Europe's credibility as an important player on the international chessboard.

As previously written, among the supplies of armaments sent by the Italian government, there are also howitzers / ...
65170
Read

To circumvent the limitations imposed by Congress, the Biden Administration employs its allies to provide ...
18894
Read

No war can be interpreted and explained through the "absolute" and necessarily abstracting lenses of ...
4397
Read

If it weren't serious, it would even be comical. People don't realize the significance and implications that ...
18622
Read

Reuters reports that the United States will provide Ukrainians with long-range anti-ship missiles. If that were to ...
45762
Read

One of the modern fields of study related to learning is the one known as "serious games". Let's start right away ...
2443
Read

Last month we witnessed the sinking of one or more Ukrainian Neptune anti-ship missiles in the Black Sea ...
37457
Read

The Russian Airborne Forces (Vozdushno-Desantnye Voyska rossii - VDV) - like the vaunted Spetsnaz, by the way ...
29480
Read

The supplies of military equipment by NATO and European countries to fighters continue in these days ...
27120
Read

The surprise attack of Bilohorivka will remain in the history of the Russian aggression war on Ukraine on the list ...
54001
Read