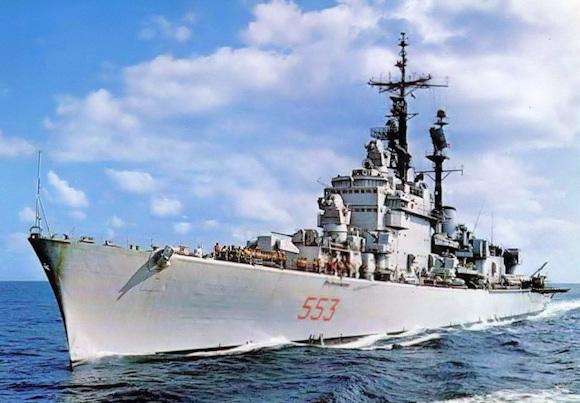 From the porthole of my dressing room came the cool of the morning and the scent of the Mediterranean scrub. A joy for the spirit as well as for the lungs, compared to the smell of diesel that always enveloped us and that we hardly felt anymore. Those who have been on the boiler ships remember this too well. It was the time of the civil war in Lebanon. Italy had intervened after the massacre of Palestinians in the Sabra and Shatila camps (September 1982) in coordination with the USA and France. We had been timely and played an important role. The Italians were respected and popular with the people.

On the ground, at the head of the Italian contingent was General Angioni. The Navy had deployed the battalion Saint Mark of Commander Sambo, in full. At sea we had a cruiser (Doria) two missile destroyers and class frigates Wolf. Our ships protected the contingent with their artillery and anti-aircraft missiles. The Italian naval group also had 6 armed helicopters, for patrolling and logistical support on the ground. I was the flight chief of Doria (photo) and the naval division. I often landed in the port, near a position of the carabinieri of the Tuscania. 100 men, commanded by Captain Von Pauli. You also frequent the missions at the base of the Saint Mark south of the airport. 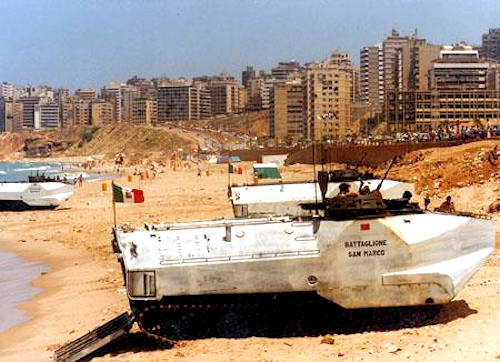 The most dangerous mission was the logistical link with the port. We flew low, very low, especially when approaching the pitch, shielding ourselves with the breakwater, then we made a quick stop and put it on the ground quickly, with a small crawl, light on the skates; a landing without "hover" so as not to raise fuss and save time. We landed as close to the containers as possible Tuscania to protect us from snipers shooting from the hill. The greatest risk was at take off. It was in one of those take-offs, before approaching the sea that they fired at me with an anti-aircraft gun. But that's another story.

Beirut from the sea was beautiful. Until you got close.

Progressively one could distinguish the bullet holes, the gutted buildings, the rubble, the wreckage of the burning cars.

I had been lucky enough to accompany Admiral Ruggiero (the commander of the first naval division) on some of his visits ashore. In one of these we crossed, with the escort of Saint Mark, the infamous green line that separated Beirut between the warring factions. The smell of the Mediterranean scrub could no longer be felt. Dirt and rubble everywhere; children waving, militiamen with Kalashnikovs, men of the Foreign Legion on patrol, our Navy riflemen, with the shot in the barrel, who never looked down. Suddenly there was a few gusts in a nearby street. The civilians disappeared in a flash, only to reappear shortly after, as if nothing had happened. The women with shopping bags reappeared. The urchins resumed playing football. 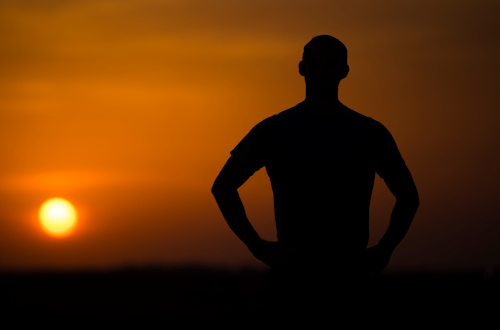 Falling in love with Lebanon was inevitable. Eventually, we left.

We embarked the Italian contingent returning to Italy on some amphibious and merchant ships. Italy had been timely and effective in Lebanon. We had intervened in a strategic part of the Mediterranean for the maintenance of stability and the protection of our national interests.

Our men had behaved well and the people showed them affection and gratitude as they left their positions to head to the port of Beirut, to docks very close to those that disappeared in the explosion of the ammonium nitrate deposit.

For the occasion, the cruiser had joined our naval group Vittorio Veneto, beautiful and impressive. The sight of the convoy was solemn. It proceeded west in a line in a row behind the Vittorio Veneto, with the other escort ships on screen. To my great pleasure, I was ordered to organize a passage of helicopters in formation on the ships, as a salute to the newly embarked contingent. From the ships the soldiers and sailors greeted us waving their caps.

Astern, in the wake, Beirut, now red with sunset, was getting smaller and smaller. 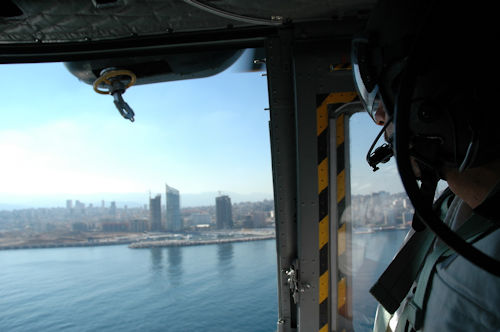 It was February 20, 1984. I would not return to Beirut for another twenty years. 22 to be exact. This time I returned as commander of the Task Force 425 and joint commander of the Operation Leonte. We had landed 1000 men to reinforce the UN troops on the border with Israel, but above all we had managed to obtain the lifting of the air and naval blockade, imposed by Israel on Lebanon, as part of the war against Hezbollah.

Also this time Italy had been timely and effective, contributing decisively to consolidating the truce between Israelis and the powerful Hezbollah faction.. It was thanks to the resumption of air and especially maritime connections, that the Lebanese population was able to start living again, after being exhausted by the lack of basic goods, at the same time averting the risk of bloody riots.

Thanks to Italy and its Navy, normality was back. Our government had made a rapid decision and moved decisively, beating the traditionally reference power for Lebanon, France, on time.

Under the leadership of Admiral Di Paola (at the time Chief of Defense Staff) we had assumed the leadership military in those difficult situations (v.articolo). Italy showed that it was aware of its role and its hierarchy in the international community. We sailors did the rest and again we were at the center of the attention of the Lebanese, again in Beirut in its great port, once again near the warehouse from which, on August 4th at 18pm, hellfire broke out. 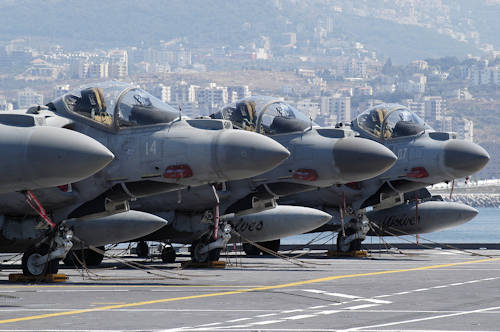 On the deck of the aircraft carrier Garibaldi, the gratitude of the Lebanese was expressed at the highest levels by the then Prime Minister Siniora to the Italian Prime Minister Prodi, to the Defense Minister Parisi: "... the Israeli naval blockade had deprived the Lebanese people of oxygen, Italy allowed us to breathe again, Thanks Italy, Thanks President Prodi, Thanks Italian sailors ...". it was 11 October 2006.

It would have been right and natural to see our ships back in Beirut waters, disembark aid and support the Lebanese people. Instead, they are in Italian ports. Still waiting for decisions that don't come. Then it will be late. Too late to be relevant.

As in Libya after all, we have failed in our role and left our Mediterranean allies and friends alone in their time of need, now unable to rise to the occasion, increasingly indifferent to the national interest.

As previously written, among the supplies of armaments sent by the Italian government, there are also howitzers / ...
68940
Read

To circumvent the limitations imposed by Congress, the Biden Administration employs its allies to provide ...
19057
Read

No war can be interpreted and explained through the "absolute" and necessarily abstracting lenses of ...
4468
Read

If it weren't serious, it would even be comical. People don't realize the significance and implications that ...
18886
Read

Reuters reports that the United States will provide Ukrainians with long-range anti-ship missiles. If that were to ...
45885
Read

One of the modern fields of study related to learning is the one known as "serious games". Let's start right away ...
2466
Read

Last month we witnessed the sinking of one or more Ukrainian Neptune anti-ship missiles in the Black Sea ...
37516
Read

The Russian Airborne Forces (Vozdushno-Desantnye Voyska rossii - VDV) - like the vaunted Spetsnaz, by the way ...
29553
Read

The supplies of military equipment by NATO and European countries to fighters continue in these days ...
27308
Read

The surprise attack of Bilohorivka will remain in the history of the Russian aggression war on Ukraine on the list ...
54192
Read