PPA, the new multifunctional units of the Navy: the Italian challenge to the US Navy LCS 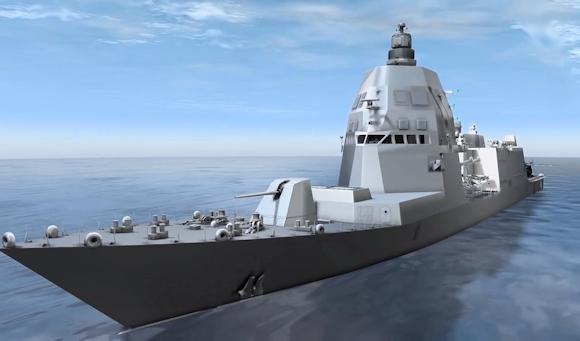 Within the framework of the new acquisitions by the Italian Navy, particular interest is reserved for the development of the PPA (Polivalent Offshore Patrol boats).

In the Armed Forces, the most disadvantaged component - due to the high middle age - consists of the line of frigates and combat coastal units; to fill this gap, it was thought to develop a new class of multifunctional units that could be joined to the new FREMM (Frigate European Multi-Mission) class frigates Bergamini.

This type of boat stems from the need of the Italian Navy - given the ever-decreasing amount of appropriations - to have a single platform that is able to simultaneously replace many classes of units close to disposal. In fact, the new PPAs should take the place of the class patrols Soldiers, Commanders e Constellationsas well as class destroyers Durand De La Penne, reclassified frigates starting from 2016 (due to the obsolescence of the surface-air missile system STANDARD SM-1MR).

The project is based on the idea of ​​creating ships - as well as a strong modularity - with a low constructive cost, also thanks to the use, where possible, of mercantile standards, as well as the considerable management efficiency through the simplification of logistics and uniformity of the maintenance line. Moreover, the ships, in addition to guaranteeing a high versatility of use, have been designed to allow the easy integration of new capacities as well as the possibility of being appreciated also on the export market. 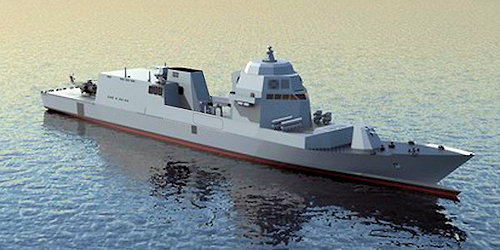 With reference to the remarkable modularity of PPAs - which will be characterized by a displacement of approximately 5.000 / 5.500 tons - it can be seen that whenever an apparatus or weapon system is added or removed, the displacement inevitably undergoes a variation. In addition, they will be made in two main configurations: one version and "light", too, intended mainly for patrol and civil protection operations, and a version full combat, designed for traditional military operations and, for this purpose, equipped with a complete set of weapon systems and sensors.

Thanks to their modularity, the PPAs will be able to conduct various types of operations, simply by embarking or disembarking some modules or systems. Furthermore, these units must also be able to carry out those tasks that are not strictly combatants, such as paramilitary and civil protection ones (such as support for humanitarian operations). With the on-board systems, the new patrol boats will be able to supply electricity and drinking water to a settlement of 6000 inhabitants (civilians and / or military ...).

Another important feature of the PPAs is the high speed (they can reach 35 knots), in fact the achievement of the objectives in a timely manner could be essential in order to obtain the full success of an intervention. To achieve these speed parameters it was decided to use a very thin and refined hull, in order to produce a relatively low friction value. However, the units will still have to have sufficient internal volumes to transport and house personnel, equipment and materials, which should result in a sufficiently spacious hull. Therefore, at the basis of the project, there is the possibility of having large spaces available that can be used in a flexible and reconfigurable way (two areas available, one amidships that house two 11-meter RHIBs or up to 8 20-foot containers, cranes and logistic elevator; the other aft with 2 RHIBs of 11 meters and a container). 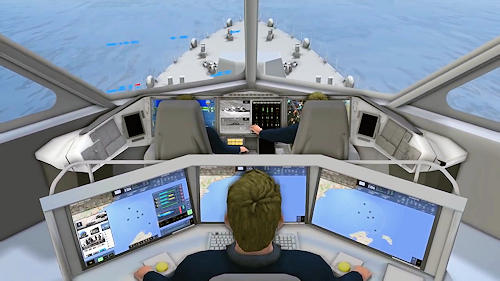 In the most complete configuration, that full combat, starting from the spur, the PPA is equipped with an Oto Melara cannon from 127 / 64 mm with VULCANO system and its ammunition deposits. On the stern of the artillery piece are placed SYLVER vertical launch systems; for this type of system it is expected to be a six-compliant configuration from 8 cells, for a total of 48 containers / launchers: 16 type SYLVER A70 (in order to use cruise missiles land attack SCALP NAVAL type of MBDA and for future anti-ballistic evolution of the ASTER 30 missile) and 32 SYLVER A50 type cells (configured for ASTER 15 and ASTER 30 missiles).

Behind the launch shafts is the most innovative part of the ship, the complex that constitutes the front superstructure, characterized by an innovative integrated dashboard that develops on two levels. The upper one is made up of the classic bridge (control bridge) for navigation control: one of the peculiar features is the wide window that ensures visibility to the outside of 360 °.

On the bridge below is the so-called integrated bridge: this is a new concept created by the Navy for Command and Control technicians. It is divided into two distinct areas: an area towards the stern, with large windows, which is used for the planning of operations (a modern version of the classic COC, Combat Operation Center), while a bow area, also equipped with large windows, is occupied by an innovative Command and Control bridge (a kind of cockpit aeronautical). From this dashboard you can control all the functions of the ship while allowing a wide visibility to the outside.

The PPAs are equipped with a single hose, where all drains of the engine and generator sets are grouped together. With regard to the engine, the configuration adopted by the Navy for this type of unit is the CODAG (Combined Diesel And Gas) type; the propulsion is provided by two TAG type machines General Electric LM-2500 + G4 from 32 MW associated with 4 diesel engines. This apparatus allows PPAs, as previously written, a maximum speed equal to 35 nodes.

Under the flight deck there is a duck of the innovative areas designed for the PPA: it is a new modular area, a space used for the embarkation of vehicles, materials, or other equipment. This area, which occupies only one compartment in the longitudinal direction (and 2 interponti), is equipped with a side ramp to facilitate loading and unloading from the dock. The typical loads transportable in such garage are made of rotated means (VTLM Lynx, VTMM Bear), manned and unmanned systems as well as various equipment necessary for the fulfillment of the many missions.

for point defense, in the back section, is the so-called cantilever stern, where the Oto Melara SUPER RAPID cannon is located by 76 / 62 mm with advanced DAVIDE / DART type ammunition for trajectory correction.

With regard to the number of acquisitions, the plan decided by the government in May of 2015 provides seven units, of which the first will be delivered to 2021.

This article presents technical, specific and "real life" information thanks to the collaboration of a former ...
21801
Read

Over the past twenty years, the US Special Forces (and beyond) have trained and operated in a context ...
6661
Read

According to various sources in the MENA (Middle East and North Africa) area, the armed forces of Cairo ...
2379
Read

The multinational exercise Bison Counter 24 was held in Sardinia from 5 October to 2021 November. Numerous Teams ...
2572
Read

“You are not a special department just because you have a glorious, epic past, nor is the adjective special enough ...
15170
Read

During the last operations in Afghanistan, Iraq and Syria the American forces, both conventional and special, ...
4101
Read

The United States is increasingly concentrating strategic resources in the South Pacific. It is certainly not a secret ...
4321
Read

During the visit to COMSUBIN we had the opportunity to interview the commander of the Underwater Group of ...
4016
Read