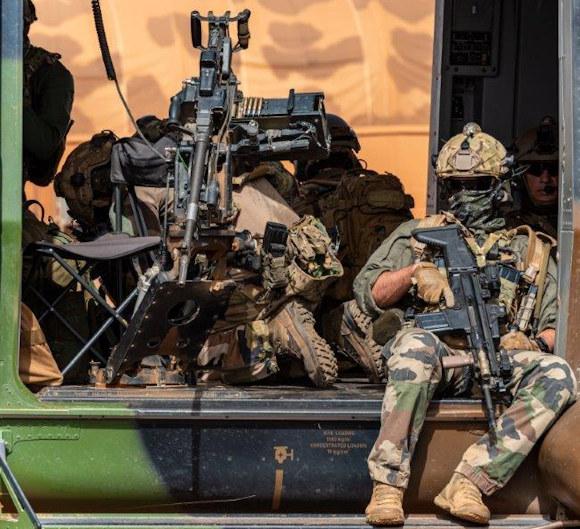 In the past two weeks, the French forces of the Operation Barkhane they carried out attacks on the jihadists of the JNIM group (Jama'a Nusrat ul Islam wa al Muslimin), one of the main terrorist formations in the Sahel, affiliated with the Islamic State in the Greater Sahara (EIGS).

After the raids carried out in the Boulikessi region on 30 October last (v.articolo) and, subsequently, a week later in N'Tillit, the special forces of Paris conducted a new operation against JNIM in the sector of Niaki, 180 km from Mopti (central Mali region), on 12 November.

About thirty militiamen of a group belonging to the JNIM were eliminated during an airborne operation, in fact announced Colonel Frédéric Barbry, spokesman for the Armed Forces General Staff (EMA).

This attack was launched after a suspicious camp was spotted by an MQ-9 drone Reaper MALE (Medium Altitude Long Endurance), near the town of Niaki. Four 2000D Mirage they then took off from Niamey, followed by 7 attack helicopters 4 Tigre and 3 NH-90 transport, with on board operators of the GCM (Groupement de Commando de Montagne) of the 27th Brigade of Infantry of the Mountains.

Arrived on objective i The Mirage, carried out air strikes on the suspect field, later identified as a terrorist, while the mountain commandos infiltrated the sector, with the support of attack helicopters Tigre and fighter-bombers. The result was a fire fight with the jihadists that lasted about an hour, as Colonel Barbry specified. 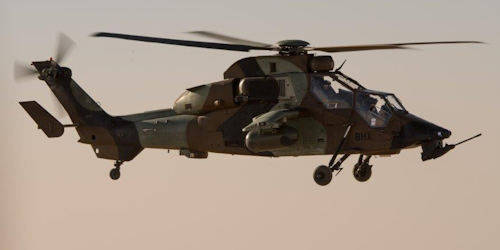 In the end, a dozen jihadists remained on the ground and about twenty motorcycles and weapons were confiscated.

Two days earlier, an operation had been conducted that led to the killing of Bag ag Moussa, a deserter officer from the Malian army who had joined the jihadist ranks and later became the military leader of the JNIM.

After the Pau summit that brought together France and its G5 Sahel partners (Mali, Niger, Burkina Faso, Mauritania, Chad) in January, it was decided to strengthen the Operation Barkhane and to step up efforts in Liptako Gourma (includes eastern Burkina Faso, southwestern Niger and a small part of southeastern Mali).

The American military device, in recent years, is undergoing a profound restructuring in order to face ...
1841
Read

The fast multi-role vessel Project 02510 entered service on November 24 with the Baltic Fleet of the ...
1980
Read

The IRINI mission - launched last year by the European Union to support the UN embargo, aimed at blocking the ...
3540
Read

The hull of the icebreaker ship Evpatiy Kolovrat, the class leader of Project 21180M, was set up at Almaz ...
868
Read

Only 5 years ago the Turkish press was promoting the new ALTAY national battle tank as the most modern MBT in existence ...
3669
Read

According to a press release released on November 23, 2020, Huntington Ingalls Industries Shipyards have ...
1009
Read