Operation Orchard: the Israeli attack on the Syrian nuclear reactor 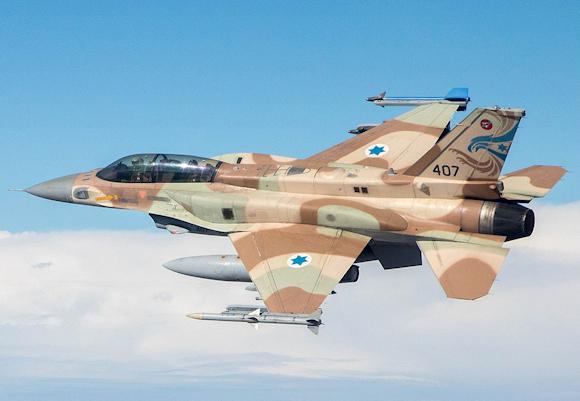 On the night of September 6, 2007, 3 squadrons of the IAF, the Israeli Air Force, destroyed the Al Kibar nuclear site in the Deir ez-Zor region of Syria.

When the current Syrian president, Bashar al-Assad, took over from his late father to lead the country, Mossad began to register the presence of North Korean state leaders in Syria, supporting the hypothesis that Damascus wanted to develop nuclear technologies. Furthermore, in 2004, the US State Department also reported to the Israeli political leaders a dense communication network between Syria and North Korea, a network later traced by Unit 8200 (SIGINT department of the Israeli Secret Service).

In the summer of 2007, a detachment of the Sayeret Matkal (military unit of special forces of the Israeli Defense Forces, ed.) carried out a foray into the Al Kibar site to gather evidence on the nuclear activity in place. Activity that actually appeared to be there.

At this point Prime Minister Olmert asked the Bush Administration to strike the site, however this request was refused as according to the Americans there was insufficient evidence to establish that the site was used to test nuclear weapons.

Despite the denial of the Americans, the Olmert government decided that Israel had to act on its own in order to stop a proliferation of nuclear weapons in the Middle East.

Lo strike carried out by the Jewish state, as usual, was a mix of intelligence capabilities, insertion of detachments of special forces (further evidence of how special operations are joint by nature), EW and air superiority.

The Israeli Defense Minister Barak himself (former IDF chief of staff) coordinated the operation. On the other hand, being the objective of a strategic-political level, it is monitored precisely by the highest leaders of the political-military organization. Furthermore, precisely because of the importance of the objective and the consequent sensitivity of the same, there are no intermediaries between who assigns the mission and who is in charge of planning and executing the attack.

The night before the bombing, a detachment of the unit is inserted (using a helicopter) Shaldag, special forces of the Air Force, with the aim of getting closer to the target and "illuminating" it. Subsequently, the aerial platforms for the EW, have the task of "obscuring" the Syrian radars, preventing them from detecting fighters with the star of David in Syrian airspace. Once they arrived, the F-15I dropped laser-guided bombs - probably GBU-27s - at the site and destroyed it. After the mission, the Israeli fighters returned to base flying over Turkish airspace. The raiders of the Shaldag they were then exfiltrated.

As reported by WikiLeaks, Syria immediately after the attack would have put on alert the missile batteries, the SCUD-C armed with chemical warheads (nerve gas), but the fear of retaliation with Israeli nuclear weapons has blocked every possible reaction.

It should be noted that the political repercussions were minimal.

Many analysts believe that, sooner or later, Iran will also suffer a massive attack from Israel, aimed at disrupting its nuclear program. However, this would be extremely complicated as the uranium enrichment program, carried out by Tehran, is at an advanced stage and the centrifuges used for this activity are located in various sites in the country, protected by a combination of surface-air systems. (bills A2 / AD). In practice, despite the cyber attacks and the elimination of Iranian nuclear scientists, the Jewish state will not be able to block Tehran's acquisition of nuclear weapons.

Unless, after the ongoing conflict in Ukraine, the next theater of war will be in ancient Persia.

As previously written, among the supplies of armaments sent by the Italian government, there are also howitzers / ...
62562
Read

To circumvent the limitations imposed by Congress, the Biden Administration employs its allies to provide ...
18784
Read

No war can be interpreted and explained through the "absolute" and necessarily abstracting lenses of ...
4356
Read

If it weren't serious, it would even be comical. People don't realize the significance and implications that ...
18507
Read

Reuters reports that the United States will provide Ukrainians with long-range anti-ship missiles. If that were to ...
45681
Read

One of the modern fields of study related to learning is the one known as "serious games". Let's start right away ...
2437
Read

Last month we witnessed the sinking of one or more Ukrainian Neptune anti-ship missiles in the Black Sea ...
37426
Read

The Russian Airborne Forces (Vozdushno-Desantnye Voyska rossii - VDV) - like the vaunted Spetsnaz, by the way ...
29424
Read

The supplies of military equipment by NATO and European countries to fighters continue in these days ...
27007
Read

The surprise attack of Bilohorivka will remain in the history of the Russian aggression war on Ukraine on the list ...
53863
Read