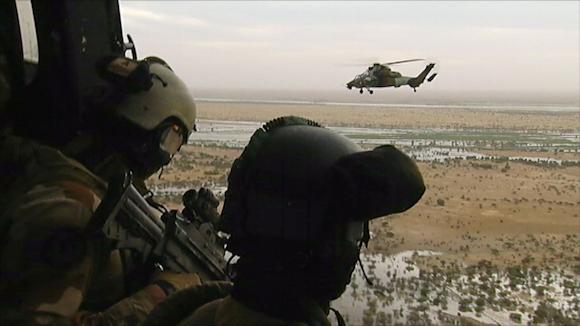 The French forces, framed in the Operation Barkhane in Mali, they allegedly killed civilians in air raids aimed at eliminating jihadist groups.

This is what the inhabitants of some Malian villages, affected by the French offensive on 3 January last, assert.

The Ministry of the French Armed Forces (Ministère des Armèe), on the other hand, assures that it has only targeted jihadist militiamen.

An official statement from the spokesman of the mission reads that on January 8 a French task force went to the site of the attack, north of the village of Bounti. Confirming that the only victims were jihadist militiamen, in line with what was previously stated by the leaders of Barkhane. Claims disputed by villagers in the area who reported civilian casualties.

However, the events that took place in the Douentza-Hombori area (one of the main hotbeds of jihadist violence in the Sahel) raise many doubts about the possibility that an error has really occurred and that civilians have been victims of fire by French soldiers. In fact, an association for the defense of the Fulani ethnic group and villagers denounced an air attack that allegedly hit the wedding celebrations in the village of Bounti, killing about twenty people. Some eyewitnesses allegedly claimed that the attack was carried out by a helicopter, belonging to the French forces or to the Malians (who always work in collaboration with the transalpines), the only ones in the region to have such machines.

Obviously, France denies both the use of the helicopter and the actual celebration of the aforementioned wedding, focusing attention on the fact that the only aerial operation conducted that day was carried out by a couple of MIRAGE 2000, who unhooked three laser-guided bombs on a group of jihadists.

When he was secretary of state, John Kerry had threatened Erdoğan to expel Turkey from NATO (despite not ...
1311
Read

During the last world war, the Italian state abandoned thousands of ascari (Eritrean fighters) who ...
3367
Read

On December 25, 2020, in Severodvinsk, the Zvezdochka Ship Repair Center, a subsidiary of United Shipbuilding ...
4115
Read