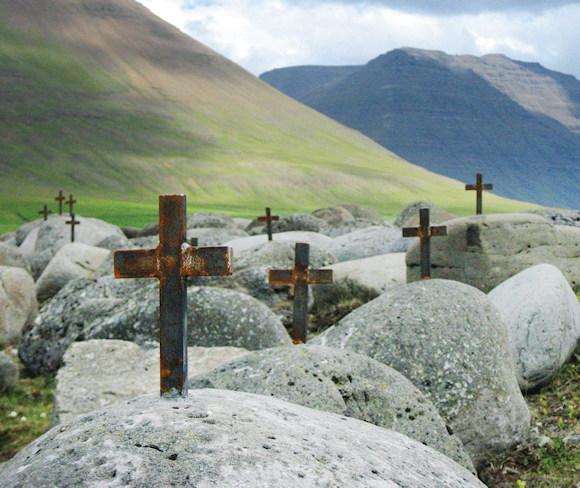 The Battle of Haugsnes (1246) represents the most violent armed confrontation in Icelandic history, even if "only" a hundred soldiers died.

The Sturlungar Era, which lasted more than forty years between 1220 and 1264, is the most violent in Icelandic history. At that time, the island is basically divided into 4 parts (north, south, east, west) and there are 39 local chiefs ("goðar"), that is warlords which govern institutions similar to those of the clans. The sturlungar they represent one of these clans, almost all vassals of the king of Norway Haakon IV.

Snorri Sturluson becomes Haakon's most prominent representative in Iceland, but his grandson Sturla Sighvatsson is defeated and killed by rival clans. Leading the latter is Kolbeinn Arnórsson, of the Ásbirningar family, who wins the Battle of Örlygsstaðir (1238). A clash that remains, to this day, the one with the largest number of warriors on Icelandic soil, almost 2.000. The dead, however, are only 50. In practice, more people died in the brawls during the marriage of Giorgio Castriota Skanderbeg.

Thordhur kakali, Sturla's brother, returns from Norway three years later to avenge his brother and settles in the western part of the island. Thus, around 1242, he has a lot of difficulty in finding allies. However, he manages to piece together the fylgoarmannasveit, a key guardhouse for every Icelandic chief. The cornerstone, we could say, of every island army. 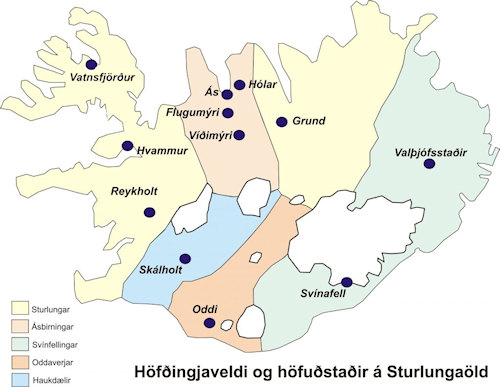 Having spent a good part of his life in Norway, Thordhur also came into contact with "chivalrous" ideals and a less crude Christianity than Icelandic. For this reason, he asks his men to follow the "rules of war" different from those in use, until then, on the island. They will have to save women and sacred places from looting and raiding. In the latter, it becomes mandatory to enter without weapons.

As one of Iceland's leading medieval scholars, Professor Jon Johannesson (1909-1957) wrote: there were many ways in which Thordhur showed himself more forgiving, humane and intelligent than the other clan leaders.

Between 1243 and 1244, Thordhur managed to bring a good number of clans to his side. The forces of Kolbeinn Arnórsson, still in charge of the Ásbirningar, are superior to his own, but he decides to engage him in the biggest naval battle fought between Icelanders anyway. On the sunny Arctic night of June 24, 1244, the two fleets collide in the Battle of Flòi. At first, despite having fewer ships, Thordhur manages to sink several of Kolbeinn Arnórsson's vessels but is eventually forced to retreat. An unsolvable clash, therefore, which makes the situation even more precarious.

The attempt to remit the controversy to King Hakon's judgment also fails, but the sudden death of Kolbeinn (22 June 1245), just 1246, still changes the balance of forces in the field. Taking his place is his cousin, Brand Kolbeinsson. Both he and Thordhur are looking for a final battle that will put an end, once and for all, to the matter. The right opportunity arises in mid-April 300, when Thordhur's army (which probably numbers 400-500 men) heads towards Skagafjörður. At the news of the enemy's arrival, Brandr moves with his, perhaps XNUMX men.

The field where the two armies battle is that of Haugsnesbardagi (Haugsnes). It's April 19th. Thordhur, according to some sources, manages to infiltrate some men in the enemy line, who have the task of retreating at the first contact, in order to create havoc among Brandr's soldiers. The stratagem is complex, given the smallness of the forces in the field (in practice, almost everyone knows each other), but it works, because the latter's army is routed almost immediately. The total casualties of a single battle touch, and perhaps exceed, the fateful number of 100, including Brandr himself. On that day, Thordhur avenges his brother Sturla by defeating the Ásbirningar, who suffer a severe blow to their military apparatus. In fact, they lost 70 of their best warriors!

In the place where the battle took place, 1.100 stones were placed in order of battle. Those representing a dead warrior are marked with an iron cross.

After the decommissioning of the M551 Sheridan tank, which took place in the mid-90s of the last century, the US Army ...
14542
Read

The director of the Kredmash mechanical plant in Kremenchuk would have confirmed (source Komsomol'skaja Pravda) that ...
6766
Read

On June 6, with two separate ceremonies at the Fort Wainwright and Elmendorf-Richardson bases, she was reactivated in ...
8668
Read

For a long time, Difesa Online has emphasized the importance of acquiring (and maintaining) artillery pieces, monotube and ...
22237
Read

British Army Chief of Staff Sir Patrick Sanders says the invasion of Ukraine by the ...
12306
Read

During the last world war the Panzerkampfwagen V Panther, having solved the initial mechanical problems, was ...
27360
Read

The conflict in Ukraine has "distracted" the magazine in recent months from continuing to deal with issues relating to the ...
7274
Read