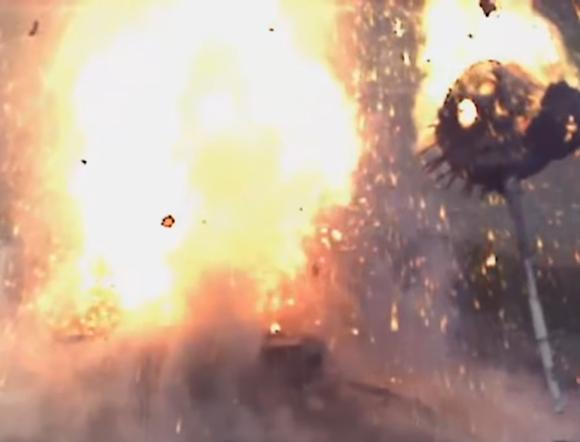 We continue our discussion on the C1 tank upgrade program Ram... First of all we must say that the first 40/50 wagons produced in series starting from 1998 will be excluded from the update, as numerous episodes of armor fractures had already occurred (among other things reported at the time by some local newspapers Friuli), caused by an incorrect steel welding procedure that left strong internal tensions on the metal (also accentuated by the low temperatures that are recorded in the area where the first assignee department is located, located at the Tauriano barracks).

On some chariots the fractures have even reached 2 meters in length, the repairs were carried out by means of a welding seam on the external side only and therefore limited to the aesthetic factor only, given that the homogeneity of the armor, and therefore the resistance, remained in any case compromised. The changes in the welding procedures, subsequently adopted, should have eliminated the repetition of such failures in the Ram latest.

It seems clear to us at this point that the purpose of the update, rather than increasing the crew's chances of survival, is to distribute millions of euros to the companies involved in the program. An example of this is the fact that instead of restoring and updating the original optics, both panoramic and aiming, identical to those installed on the Centaur I which lie abandoned in the Lenta warehouse (photo), it was preferred to buy those planned for Centaur II with a cost close to 400 thousand euros for each wagon. 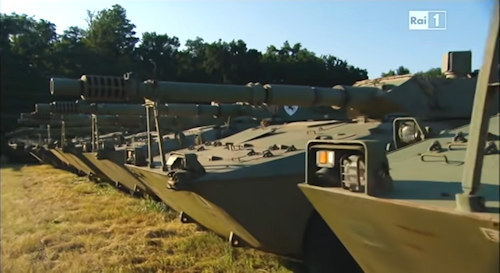 Undoubtedly, in the sale of new material, the profit is much greater than what would be a work of revision and restoration of existing material.

Although in the rear part of the tower the electric motor, which operated the hydraulic oil pump, has been eliminated and the relative tank has been unloaded, nothing has been done to improve ammunition stowage, perhaps positioning it and designing it as on the Leopard 2, M1A1 Abrams Books o Leclerc, that is, place it in a position outside the crew compartment and separate it by means of a sliding firewall.

It was not even thought to protect the grenades with fireproof material that reduces the propagation of heat from one ammunition to another in the case of penetration inside the hull of high temperature splinters.

The front of the hull, what the Germans call bugs, sharp, is composed of a composite armor (which is only resistant to the APFSDS penetrator of the L64 cartridge fired by the 7/105 L51 cannon) only in the upper part, the lower one, clearly identifiable even from a distance thanks to the presence of the yellow disc indicating the weight class, as on the Leopard 1A2, consists of a steel plate only 50mm thick and is easily pierced from a long distance also from the recent APFSDS 30x173mm penetrators. 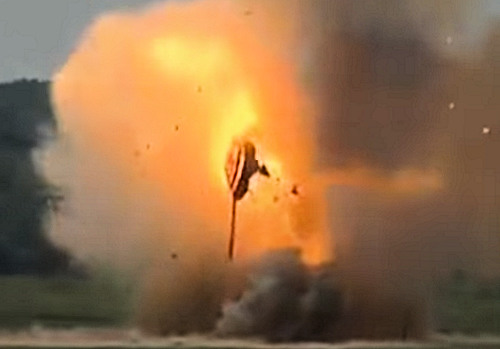 Behind the yellow disc indicating the weight class, passed from 59 to 63, to the left of the pilot, there is the main reservoir of ammunition for which a penetration in that area would produce what English speakers call Jack in the box (photo on the side + opening).

Did Leonardo's management consider it not very prestigious and profitable to proceed with pure carpentry work? In any case, in July 2021 they were scrapped and flame-cut indispensabili positioners and all those structures that were used in the past to weld the plates constituting the hulls and towers of the Ram e PzH-2000.

Until the suspension of the compulsory subscription (2005), many workers, selected during the conscription visits, had carried out their service in the armored units of the Italian Army and, upon their return to the company, brought with them a considerable amount of experience technical / practical. Furthermore, at the managerial and managerial level, most of the engineers had carried out the military service as second lieutenants in the various technical corps so, consequently, there was a consistent core of employees who had operational knowledge of the material produced in OTO-Melara. .

Now, on the other hand, whoever is in charge of operating, both at a design and practical level on the armament material, has no previous experience in the matter and nobody bothered to ask the Army for a preventive opinion on how they would like the material of the future to be made. equipment.

This system of proceeding would be facilitated (according to common and widespread opinion) by the presence in the high ranks of the Army of too many "doormat" generals. On the other hand, many academy officers, valid and with their own distinct personality, arrived at 50/52 years of age to the rank of colonel commander, they found themselves on the list of redundancies and positions of authority on leave.

We do not have immediate solutions but the creation of a terrestrial pole (as wished by General Serino, Chief of Staff of the Army - see video), perhaps combining the skills of Rheinmetall and OTO Melara, could lead to the acquisition, already in the short / medium term, of the new Panther and Lynx, thus allowing our heavy component to have means finally competitive for the next operating theaters.

It is certainly not new that aircraft of the Aerospace Forces of Moscow violate the airspace of the Scandinavian countries ....
1310
Read

Chinese soldiers will travel to Russia to participate in a series of joint exercises. To the maneuvers ...
16302
Read