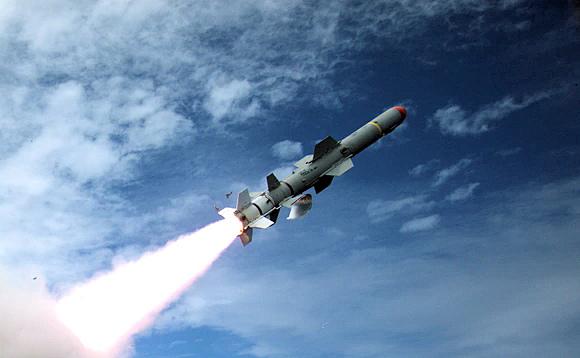 Reuters reports that the United States will provide Ukrainians with long-range anti-ship missiles.

If that happens, it will likely be the RGM-84D missiles Harpoon Block 1C, accredited with a maximum range of about 220 km. It is a radar-guided subsonic weapon system that follows a selectable flight path, skimming the surface of the water and then rising, once the target has been acquired, and hitting it.

THEHarpoon Block 1C is equipped with a WDU-18 / B warhead weighing 221 kg.

The missiles will be installed on rotated launchers.

With such a supply, the Americans will be able to directly lead the attacks on Russian naval units sailing in the Black Sea. A further step in Washington's ever more direct involvement in the Russian-Ukrainian conflict.

Recall that just a month ago, the EW capabilities (Electronic Warfare, ed) of the Americans, seem to have allowed two anti-ship missiles Neptune to hit and sink the cruiser Moscow.

On June 6, with two separate ceremonies at the Fort Wainwright and Elmendorf-Richardson bases, she was reactivated in ...
6584
Read

For a long time, Difesa Online has emphasized the importance of acquiring (and maintaining) artillery pieces, monotube and ...
21197
Read

British Army Chief of Staff Sir Patrick Sanders says the invasion of Ukraine by the ...
11109
Read

During the last world war the Panzerkampfwagen V Panther, having solved the initial mechanical problems, was ...
26548
Read

The conflict in Ukraine has "distracted" the magazine in recent months from continuing to deal with issues relating to the ...
7126
Read

A few weeks ago we mentioned how serious games (and among them war games) can help to understand ...
1919
Read