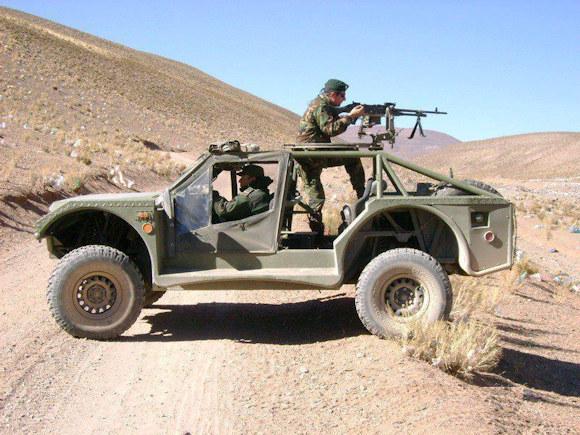 Definitely a light vehicle atypical multirole for its VW line Dune Buggy which brings to mind a rival, the 72 flyer American GMV 1.1, the new fast assault vehicle for the boys of the 9th Col Moschin.

It is called VLEGA Gaucho, a name that can be traced back to the herdsmen or to some ancient tribe of the South American continent, in fact it is indigenous and made in Latin America in collaboration between Brazil and Argentina. A detail that may perhaps surprise if we consider that theautomotive, at least the civilian one from South America, comes substantially from Europe and the East and only a small percentage from the USA.

It is a fast assault vehicle and its particularity, in addition to the characteristics of aviation transport (hence the acronym Vehiculo Ligero de Empleos Generales Aerotransportable) is the simplicity and solidity that engineers have attributed to every single detail or function.

A reliable vehicle and, were it not for its military green livery, it could be mistaken for a buggy used to transport tourists on the red dunes of Canoa Quebrada. Although with a lower waistline than a Jeep, its mobility and conformation have no limits on dirt and off road. It was created for a multivalence of activities: special operations, ambulance, reconnaissance, loading / unloading rather than from a mobile command post. 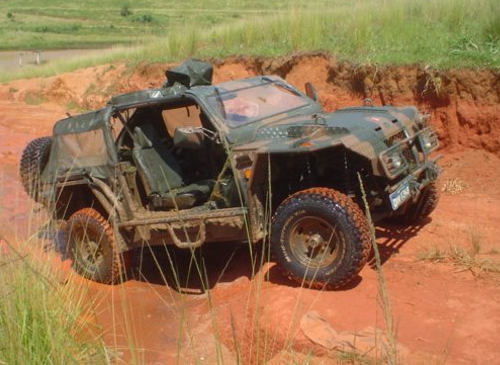 In the course of the stories we have understood that there is often an aura of mystery that lies behind productions that cease rapidly or change pace for no apparent reason. Well, for the Gaucho VLEGA things went like this, but actually not too bad I would say.

The vehicle of choice for the army is the Chivunk (second photo) also, fully entitled, a Brazilian.

In 2011, after five years of production, the senior operational functions of the Gaucho VLEGA, were identified on another platform, that of Chivunk fast attack vehicle. It is to be understood whether the research work between the Technological Center of the Exército Brasileiro (CTEx) and the Dirección de Investigación Desarrollo y Producción argentina, confirm the stern wind in their collaborations also in light of the new international market proposals.

Designed to accommodate up to 6 soldiers, it comes to life with a Navistar engine that it produces for Latin America under the MWM brand.

It is a 4-liter 2.8-cylinder turbo diesel for 130 hp, which, combined with the 5-speed manual transmission and BF GoodrichOff Road 33 x 12.5 R 15 tires, allow it to do almost the impossible. 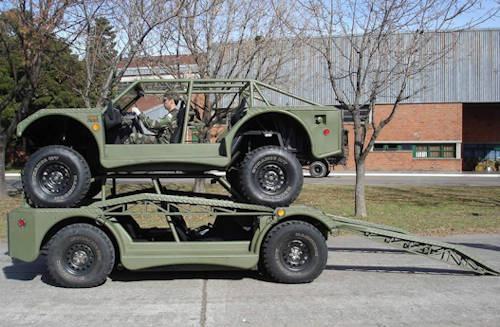 Four independent suspensions with a group formed by three elements for trapeze on the front and two on the respective rear, it has a unique feature for aviation transport: it is possible to superimpose it on another Vlega Gaucho to optimize the cargo in the aircraft hold. The modules can be slid and air-launched on special slides secured to two material-specific canopy parachutes.

4,15 m long by 2,15 m wide, it has a ground clearance of 0,42 m and here I prefer to avoid making comparisons with other 4x4s. At the top also the angle of attack equal to 50 ° and 40 ° for the exit, also thanks to the tubular frame configuration which totals a PT of about 2 tons.

Needless to add the qualities of a climber, but maybe 130 horsepower is a bit 'little?

Undoubtedly, its manual gearbox, coupled with a reduction lever, makes the difference to overcome the critical passages, that is, those where you have to push the rev pointer a little higher when you go up the walls at 60%.

Only essential instrumentation, ample fording possibility and a lot of reliability are the characteristics that subject it to the old guard of military vehicles that we know, that is, that type that never stopped and keeping them parked in the autodrappello was only a choice of the commander.

The top speed is 120 km / h and in addition to its components, additional tarpaulins and ballistic protections, on the roll bar a 7,62mm or 12.7mm machine gun can be attached.

Apparently the Army of the Russian Federation is also bringing in the latest versions (dating back to the 80s ...
30385
Read

To circumvent the limitations imposed by Congress, the Biden Administration employs its allies to provide ...
14978
Read

No war can be interpreted and explained through the "absolute" and necessarily abstracting lenses of ...
3266
Read

If it weren't serious, it would even be comical. People don't realize the significance and implications that ...
15147
Read

Reuters reports that the United States will provide Ukrainians with long-range anti-ship missiles. If that were to ...
44049
Read

One of the modern fields of study related to learning is the one known as "serious games". Let's start right away ...
2180
Read

Last month we witnessed the sinking of one or more Ukrainian Neptune anti-ship missiles in the Black Sea ...
36672
Read

The Russian Airborne Forces (Vozdushno-Desantnye Voyska rossii - VDV) - like the vaunted Spetsnaz, by the way ...
28537
Read

The supplies of military equipment by NATO and European countries to fighters continue in these days ...
24750
Read