Home Military world Means Why military history has rejected the if ...

Why has military history rejected halftracks? 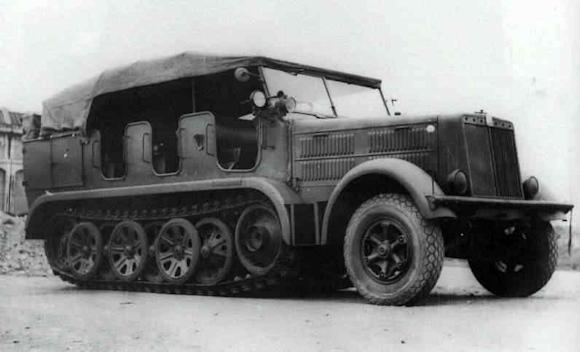 If the compromise between practicality, design, assistance and reliability have made our production of commercial vehicles historically enviable in the world, a sector still a leader today despite the painful post-Covid decline, it is also true that the concept of half-track platforms has not been very successful. back in 1940. At that time, the military offer of 4x4 trucks was not very widespread and on rough terrain, when human strength was not enough, people used to equip themselves in synergy with other trucks or tracked tanks to advance.

The use of half-tracks used for transporting teams and towing pieces of self-propelled artillery, represents only a conformation of these vehicles that in other armies have been much more appreciated even in the armored versions, if we consider the different numbers on investments for the defence.

Who during the military service has not had the opportunity to read some Sturmtruppen comics? You will surely have stopped in the witty caricature drawings of the Wehrmacht aboard unusual trucks (or three-wheelers) partly tracked, while in museums or listening to the speeches of the veterans of the second conflict, this type of vehicle will certainly be recalled in honorable tales. 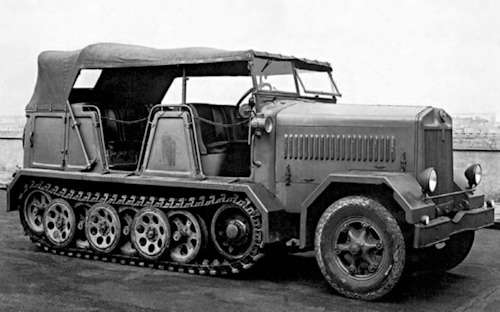 It was the German military of the Third Reich who invested most interest in this type of half-track vehicles, so much so that the Italian truck production and Ernesto Breda turned to the German allies to obtain the patent on the transmission of the motorcycle on the rear. In Italy, on the basis of this concept, the Breda 61 (opening photo) and a very small experimental portion of the Maffei-Fiat 727 (photo) were produced.

In reality, the basic idea consisted in adopting with appropriate modifications a chassis of a 4x2 truck associated with a torque divider connected to half-shafts ending in two toothed rings instead of twin tires, a particular not very suitable in mud. However, although the technical information on the patent is really lacking, the transmission system that was configured in the most widespread German version which Italy was inspired by, the Sd.Kfz. 7 (Sonderkraftfahrzeug - special use vehicle falling by type in the Panzer-Division) appeared as a sort of H-transmission when viewed from above at the powertrain, transmission and traction group. In fact, the movement of the engine passed into the gearbox from which a shaft came out that ended in a distribution box equipped among other things with a power take-off for a winch. From this box, which also acted as a differential and presumably as a reducer for its 4 gears, the two half-shafts departed and moved, like a "real tank", the gear wheels positioned immediately behind the driver's seat developed in the approximately seven meters of overall length of the vehicle we remember possessed the advanced engine volume. In short, a curmudgeon.

Utility rather than practicality? A curiosity: from historical sources (the mechanization of the army - ISSU.com) it is clear that in 42 in Italy it was decided, where possible, to "track" the traction of the trucks engaged at the front, there were not many 4x4s. This, however, not necessarily to increase mobility, as it would be logical to think, but to remedy the lack of tires. Alfa Romeo with the 800 RE and the Fiat 666 NM. they were ready with their prototypes but the idea sank in favor of traditional tires. 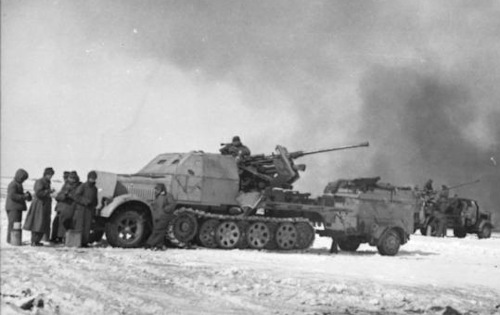 A "tractor" for artillery and mechanized infantry

In various texts it is called a “tractor” but it is clear that we are not dealing with a road tractor without a semi-trailer, but rather a sort of “versatile agricultural machine suitable for towing”. The veterans forgive me for this healthy yet ironic definition ...

The Breda 61 was equipped for the transport of a dozen soldiers plus the ballistic piece in tow while the most successful German version, Sd.Kfz. 7 (photo), taught this principle of mobility also towards the Czechoslovakian army and its conformations ranged from troop transport to the support of artillery pieces rather than armored cladding with steel side surfaces inclined by 30 ° and with a thickness of 15 mm. According to the data, 500 Breda 61 were ordered but only 36 entered service before the armistice and were assigned to the anti-aircraft group of the "Centauro" armored division for towing the guns. FlaK 88.

The engine torque generated on the long tracked surface nicknamed by the Anglo-Saxons on rails, did not know many limits in use off road compared to a Ptt (fully loaded mass or total weight on the ground, ed) around 10 tons and an almost automotive width (the Italian version was narrower) but in reality there were some mole not related to its stability. 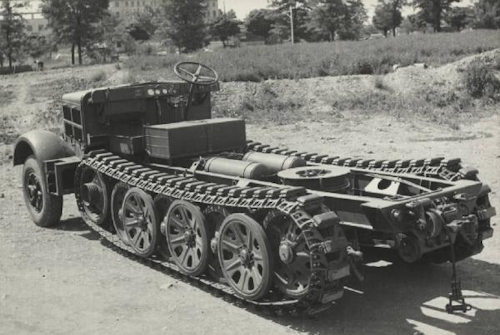 The main flaw was the directionality, especially with the half load and perhaps with a heavy tow that could reach 8 tons. In fact the front axle was devoid of traction and for the elasticity of its rigid bridge a transverse leaf spring was used, a sturdy solution but which most of the time favored the lifting of the steering axle making it unmanageable. Moreover, on dry ground, good driveability could be expected, while in the crossing of mud, fords, bumps things changed diametrically and it was not difficult to have to intervene on the counter-rotation of the tracks allowed thanks to the belt brakes that acted on post epicyclic rings and on drive shafts. A system that is not clear was also included in the Breda 61 or Fiat 727 but certainly a function of the tanks.

In the most difficult passages in aid of mobility there was however a 3,5 t winch to disengage from limit situations. The T 14 engine was produced by Breda and was a 6 cm³ 7.0-cylinder engine with 140 hp.

From the few images, two air tanks can be seen in the frame for supplying services and braking.

8x8 the future of tacticians

Tracked systems are used, as well as for obvious strength and versatility on rough terrain, for compatibility with heavy large-caliber weapon systems. The recoil is distributed over a larger surface than the tire and partly countered by the same mass, but the rollers, pins, referrals and track impellers need a certain maintenance in pre-established times. 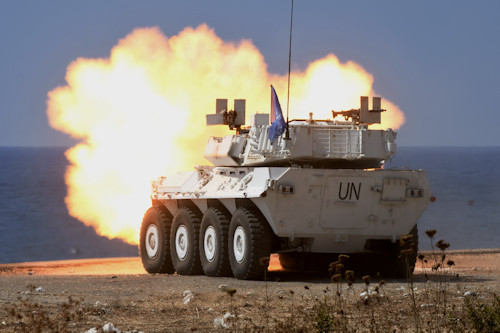 The armored car systems with rotated hull equipped with tires run flat, in addition to statistically much less weight than traditional tanks, they offer the same response characteristics, however, increasing mobility and autonomy even on the road rather than at sea as is the case, for example, with the SUPERAV.

A concept that evolves parallel to the modernization of materials and above all to contemporary strategies that relegate modern tracked vehicles to a framework of very specific and sophisticated vehicles, certainly different from how history has made them known in the field.

Try to think in a critical area, a protected rescue wagon struggling with a repair or replacement of a track, compared to the faster replacement of a wheel or a return to the road after a rollover on a false plane of a wheel. Quick coupling and removal by dragging on the platform could represent the most suitable and least risky solution for logisticians.

It should be remembered that rotated tactical weapon systems are tested for operation even after (certain types of) attacks or failures.

It is now clear that relations between Italy and the United Arab Emirates are at an all-time low. One of the last acts ...
96
Read

Definitely a multi-role light vehicle atypical for its VW Dune Buggy line that brings to mind a rival, the ...
1727
Read

With the entry into the COFS (Joint Command for Special Forces Operations) of the 4th Ranger Regiment and the 185 ...
7487
Read