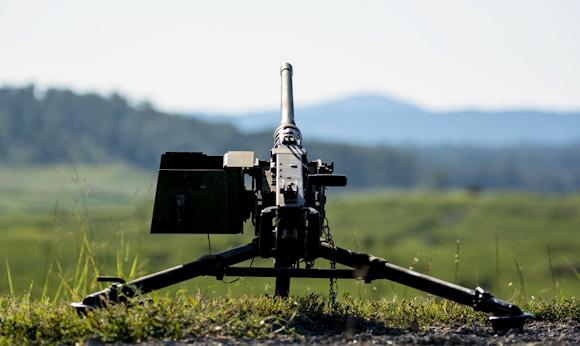 The Browning M-2HB is the most widespread and long-lived HMG (Heavy Machine Gun) western.

The birth of the first heavy machine guns dates back to the end of the First World War, when the appearance on the battlefields of the tank and the airplane had rendered the normal machine-gun calibres ineffective (the same ones adopted for the ordering rifles). It was necessary to have a higher caliber that offered greater ballistic performance.

The commander of the American Expeditionary Corps in Europe, General John J. Pershing, came to these conclusions and requested the Army Ordinance Department to design a calibrated machine gun with a ammunition at least half an inch in diameter (.50 or 12,7 mm) and with a mouth speed of at least 800 m / s.

The experience on the battlefields of the western front had highlighted the effectiveness of the French incendiary ammunition in caliber 11x53R, used to destroy the balloons and built starting from the blow from 11 mm Gras (11x59R).

It was decided to produce eight Colt machine guns calibrated with this ammunition, however the ballistic performances were considered insufficient and the experimentation ceased. 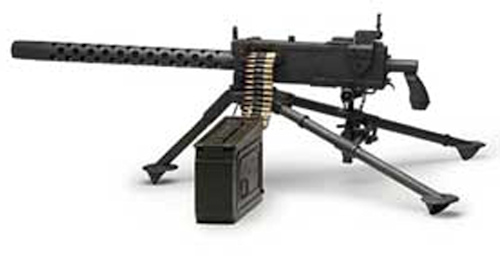 The American designer John Moses Browning, already in the 1917, began to design a larger caliber version of the Browning M-1919 caliber .30-06 Springfield, chambered just with the .50 coup and commissioned its construction at the Winchester Repeating Arms Company, which decided to build the new ammunition starting from the .30-06 Springfield, through an enlargement of the same.

The experimentation of the new machine gun took place in the 1918. The weapon had a fire rate of 500 strokes / min. and a speed of blow to the mouth of 700 m / s: performance still below expectations.

The turning point came when the Winchester technicians were able to dispose of the German ammunition caliber 13,2 mm TuF (Tank und Flieger) and 13,2x92SR, developed for the Mauser Tankgewehr M-1918 counter-cannon. 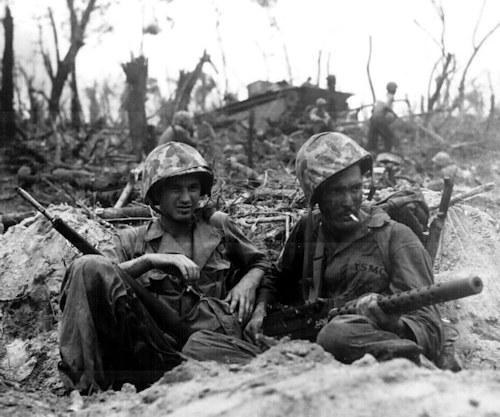 Subsequently further changes were made, concerning the possibility or not of using water cooling and an easily reversible feeding mode. The US Army introduced the machine gun so modified with the name M-2, with water cooling in an anti-aircraft version and without cooling system as an aerial weapon.

A further variant with air-cooled and heavier barrel than the standard one was classified as M-2HB (Heavy Barrel), this arrangement made it possible to compensate for the loss of the effective water cooling allowing to reduce the overall weight of the weapon from 55 kg to 38 kg.

During the Second World War about 2 millions of copies were produced of which at least 400 thousand in the M-2HB version.

The fire rate of the M-2HB was 400 / 600 strokes / min., While the version for aeronautical use, the AN / M-2 (Army / Navy), had a fire rate of 750-850 hits / min .: this version became the most widespread machine gun on board almost all American aircraft during the war, both as an offensive weapon in fighters and as a defensive weapon on bombers. 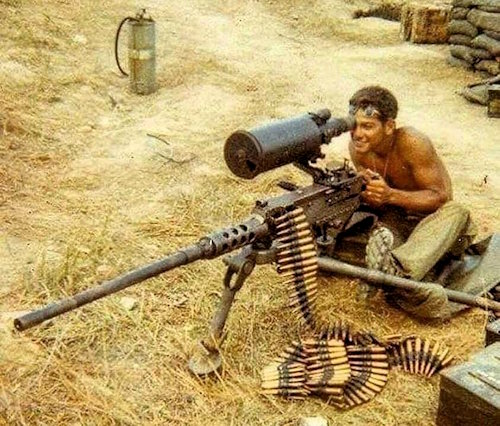 The M-2HB is essentially used in the terrestrial environment, mounted on light vehicles or on APC and MBT as a secondary weapon.

During the American commitment in Southeast Asia, some M-2 were equipped with optics to be used as heavy sniper rifle.

A version with a higher rate of fire is also developed, the AN / M-3 which, thanks to an acceleration mechanism of the conveyor belt feed (feed booster) allows to deliver almost 1200 strokes / min; the M-3 was widely used during the Korean War on the F-86 SABERS; F-84 THUNDERJET and F-80 SHOOTING STAR, but also equipped different versions of the G-91.

In the 2010 the US Army, after a few years of experimentation, improved the M-2HB reaching the M-2A1 version, equipped with a QCB kit (Quick Change Barrel) for the quick change of the barrel, of a modified shutter, of a manual safety and flame retardant to 4 prongs.

The Browning M-2 / M-3 are currently the most widespread heavy machine guns ever. 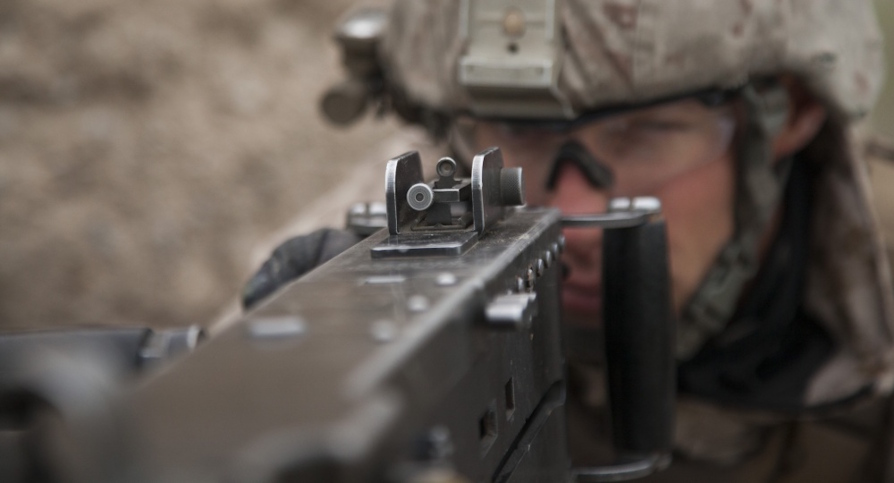 On a building of the Infantry School of Cesano there is an inscription: this is the infantry weapon queen of the battles ....
2906
Read 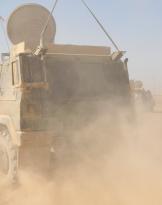 You will remember in 1997 the cunning, but effective media purification implemented by Mercedes Benz after the ...
3805
Read

The Ministry of Defense, in concert with the Treasury and Economic Development, raised the funds for the acquisition (...
10849
Read

The West no longer wants to engage in land operations (the so-called boots on the ground), therefore, the last few ...
5889
Read

Few are aware that in Rome, in the military citadel of Cecchignola, the NATO DEFENSE COLLEGE (...
2122
Read

We dealt with the topic of the reserve and its great potential and, about a year ...
7307
Read

The 9th Col Moschin Assault Regiment, direct descendant of the Arditi of the Great War and of the XNUMXth Arditi Regiment ...
8665
Read

The shipyards of Riva Trigoso have put the tenth example of the FREMM Class (Multi European Frigates ...
8322
Read