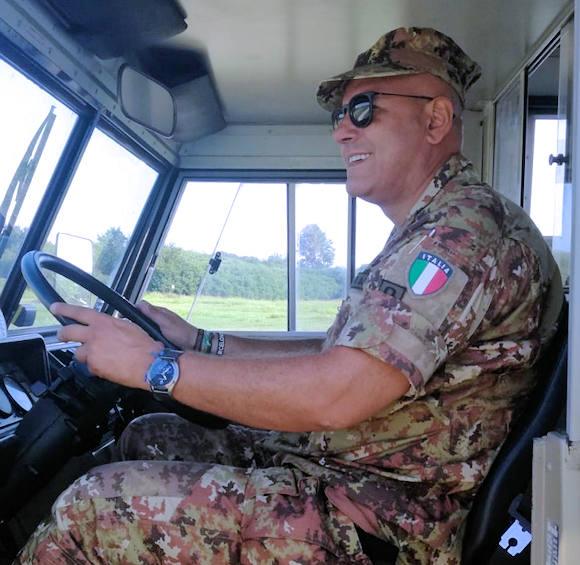 We have dealt with dozens of vehicles, their characteristics and their operational use, underlining the importance and quality of military training and its logistical technical pulpit, largely represented by TRAMAT. However, despite the training commitment on which the Army General Staff invests, it remains indubitable that the natural predisposition for driving and subsequent experience are the best cards to follow this profession and understand the concepts. In fact it is good to remember that it is not enough to have a driving license in your pocket to be a driver, despite the functional similarities between a car and a heavy vehicle.

Starting from the basic skills of management, we think of routes such as the mountains or the Amalfi Coast, intense traffic or theoff road, just to mention some gyms for drivers, to which we add reverse gears, perhaps with a trailer.

The SME organizes, also to receive feedback on the capabilities and limits of its military, specialized courses parallel to those cadenced at regimental level, in particular driving off road reproducing the most dramatic conditions.

When I was in the Army I remember that the marshal ordered me to support the newly licensed for a service called "mileage enhancement", an activity where the foreman followed the driver during long journeys so that between driver and vehicle a feeling forced but necessary for the safety and mastery of the passengers and the vehicle.

It starts from the position, it is always an exam

How many times have we sat behind the wheel, perhaps adapting to the previous driver's adjustments to speed up the times? A habit on which you can turn a blind eye to a harmless movement inside a workshop that is known in every corner, but it is good to remember what the renowned driving schools (and driving schools) refer to the students during the first driving time: "The correct driving position is the basis for correct and safe driving". 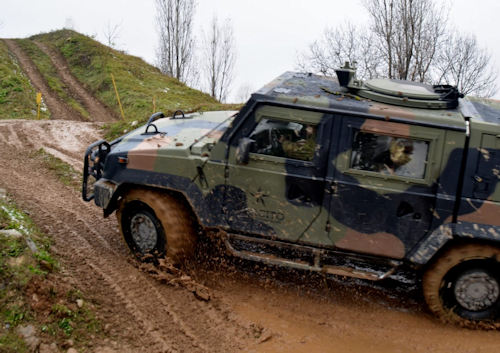 However, we must be honest and report that in the civil field too many times the adjustments of the driver's seat, mirrors and more are performed through a curious self-learning aimed more at comfort or laziness than safety. Some driving schools, not the military ones, then set themselves onerous targets of driving hours - albeit justified for some candidates - but with a final quality of the student that is not always satisfactory and a nerve-wracking job as an instructor.

It is specific exercises that are continuously repeated and the emotional control of the child that gives a better and faster learning result.

If in the automotive field we have come to experiment with cars that reach us outside the pizzeria if alerted by our smartphone, it is equally true that the studies on the compatibility between human work and machines - ergonomics - has currently assumed significant importance in the design of vehicles. A necessary condition in particular for safety even if it makes us unlearn a bit.

Many will remember the driving seats sacrificed on tanks and armored cars or the unlit switch to operate the windshield wipers on ACM52, which forced the driver to excessively move the trunk, which in reality must always remain well adherent and secured to the backrest placed at an angle slightly more than 90 ° with respect to the femur.

The evolution and improvements now also concern the platforms intended for defense and ergonomic effectiveness and the relative position of the controls is all the more within reach and instinctive even in excited use.

The subdivision of roles on board a tactical vehicle, the remote controls and location of the vehicle in the operational area are today the rule for the range of armored vehicles intended to operate outside the area, in short, a metamorphosis of vehicles and technology that has relegated the analog systems (perhaps more reliable?) to which we were used to, but which still today, despite the modernization of tactical-logistic heavy vehicles, always and first of all require the preparation for driving and then a license. 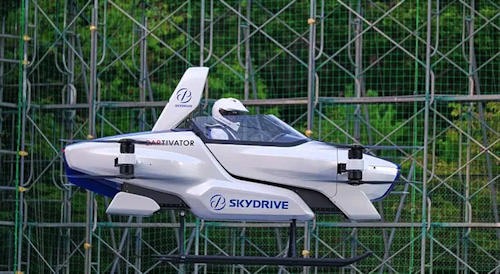 Staying with our feet on the ground, so to speak ..., the runaway technological evolution in the world will evolve us to many novelties, such as the Japanese SKY DRIVE that created the SD-03, the first flying car - a kind of 8-engine drone - designed to avoid traffic but probably interesting for silent inspections ...

A practical example of technological and ergonomic evolution of the automotive industry can come from the command for the insertion of the four-wheel drive. Today, with a wheel switch or push-button panel, it is possible to perform the most suitable scanning on the traction and reduction locking systems based on the terrain, which once took place with reasoning and then reaching leverage.

However, one wonders whether this "planned" development cancels the practical knowledge of a tested and useful method. In fact today, the mechanical knowledge of cars is an aspect that has not been repeated in driving schools in favor of the many regulations. Completeness comes once again from military training or from private specialized courses, where in addition to the regulations it is fundamental to know the technical functioning of the systems and, why not, to know how to implement them manually in case of failure.

Specializations during military service have marked their future profession for many young people while for others it was a training experience perhaps a bit traumatic that did not translate into professionalism. I believe that the Army in particular, also as a strategy to relaunch its vocation for inclusion, has the credentials and educational excellence to be considered an extra training pulpit - a master's - for many professions, an added value to give polish to some profession without the need to reintroduce the lever. In fact, the Army, with its specializations, is still today a miniature copy of many civil professions.

For young people motivation and goals 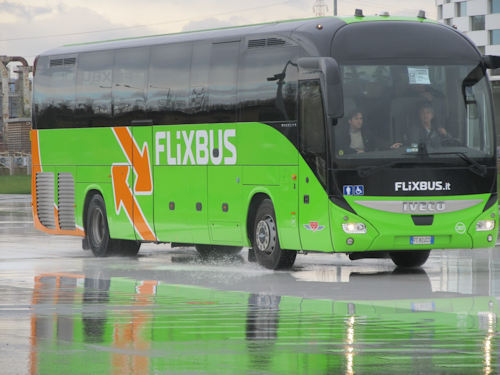 The professional training for driving heavy vehicles in Germany and Switzerland is often characterized by the presence of several steps to complete the candidate's career. From reading maps instead of the more practical navigator, to replacing a wheel or light bulb rather than mild repairs with the cabin overturned and real days away to make the profession known; a type of training that associates them more with professional academies. However, perhaps due to media feedback, in recent years two municipal transport companies, one from Rome and the other from Turin, organized safe driving courses on the circuit and the German franchising Flixbus he did the same in Lainate. Here, however, we are talking about important knowledge but subsequent to the license.

Although an onerous but certainly effective concept, this type of training does not differ too much from the military one. Even the circuit tests with and without ABS or ESP represent a system to know the underestimated physical limits as well as the paths of pins to be carried out in forward and reverse and many many maneuvers. In short, even in the profession of the driver you never stop learning. It is easy to attack young people but I believe that today they lack goals and motivations and this, without controversy, the institutions should take note of by offering more flexible opportunities and resources.

The opinion of military insiders

There is another concept that was once not at all obvious that is beginning to pass even in the family of the Armed Forces, namely giving importance to the possibility of receiving feedback from those who directly carry out an activity. 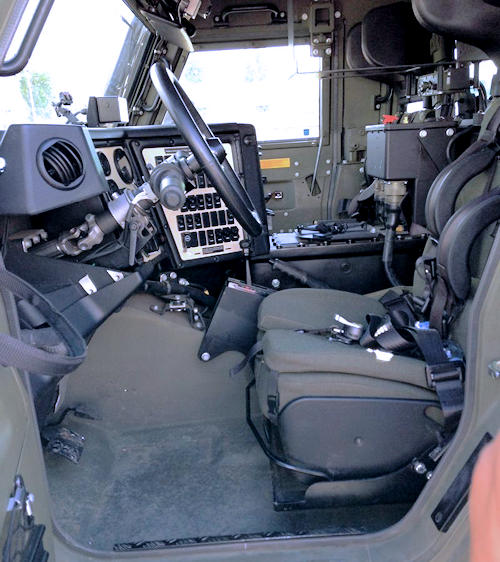 If a soldier is at ease he makes a lot more and with less effort and more motivation. An idea, that of "total quality", which comes from the USA, even if Japan was among the first countries to have adopted it in industry. An attitude that contrasts with the theory that to forge a soldier it may be essential to accustom him to strict parameters of comfort, to offer them only in the operational field. All this could not fail to change with the professionalization of the FA but above all with the modern guidelines and digitized strategies for use on the battlefield.

Today, modern department commanders, in addition to the managerial role of the military, have a perceptible managerial training that is understood after a few moments that you speak with them. The watchwords are now: concreteness, practicality and little bureaucracy, not a little if we are talking about military environments.

Bent or straight arms? An anecdote

Car or heavy vehicle make no difference, the driving position incorporates the same concepts. The more upright you are and with your shoulders resting on the backrest, the faster you are and the spine is protected in the event of a collision. It is the clutch pedal pushed fully with the leg still bent that informs us when it is time to block the sliding of the seat while the joined wrists resting on the upper vertex of the steering wheel tell us that the inclination of the backrest is correct.

However, there are those who argue that while driving the arms should be straight. In addition to the fact that they would get more tired forcing us to hold the steering wheel with one hand, doing research on this theory, we come to the Scottish champion Jim Clark who actually drove with outstretched arms. Clark, a very fast autodidact, was forced into this position simply because the dimensions of the driver's seat of his rear-engined car - 1956 - were really small. He was also probably very tall.

Little communication and lack of images, they had passed a misleading concept and many will remember the homegrown emulations, where the Fiat 500 or 600 rigged traveled with half open bonnet and scorched by some flashback, mini steering wheel and seat all back and maybe car radio a ball.

It is now clear that relations between Italy and the United Arab Emirates are at an all-time low. One of the last acts ...
118
Read

Definitely a multi-role light vehicle atypical for its VW Dune Buggy line that brings to mind a rival, the ...
1729
Read