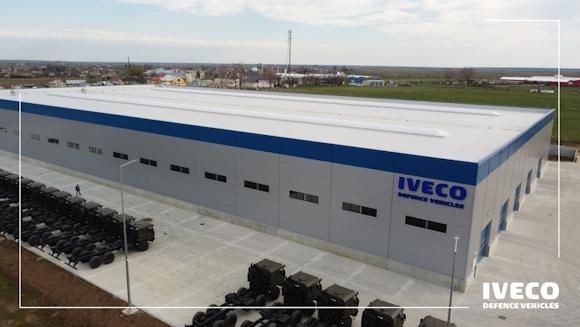 After the first and historic production center in Bolzano to which Vittorio Veneto has been added and more recently Piacenza (Astra), Iveco Defense Vehicles broadens its horizons. The South Tyrolean plant and the Iveco brand managed to be appreciated in one of the most appetizing markets, but at the same time demanding on a global level, such as the German one. In Ulm there is an important production plant, while overseas in Sete Lagoas in Brazil, for the same prerogatives, the third international production center for customers in Latin America has been present since 2012; in addition, the 6x6 protected amphibious vehicle VBTP-MR is produced for the Brazilian army Guarani, motorized Cursor 9 and with a proven mechanics inside the hull (e.g. the H transmission) derived from our Centaur.

In Europe, Iveco DV opens another production chain in Petresti (DB) in Romania. The inauguration of the Romanian pole took place on April 9, 2021 and would concern a business strategy aimed at motorizing a large part of an army located in Eastern Europe, where there is certainly no lack of competition from the trucks and tactics of the eastern block. We remind you that the Iveco product is already widespread and appreciated in Romania in the field of logistics and civil transport.

From a geopolitical point of view, the Romanian state had long aspired to feel itself an integral part of Western identity and membership of international organizations such as NATO and the European Union was welcomed by the majority of its Western-oriented population.

With these historical assumptions, disregarded instead in the south-east of the Mediterranean by Turkey, the collaboration between Iveco DV and Romania began with the order of 57 high-mobility trucks in 2015 and the subsequent 173 in 2017 (ACTL in various configurations). In light of this reality, in 2019 the Romanian Ministry of Defense, as part of a framework agreement that includes the production of over 2.900 High Mobility trucks ("truck" is a fairly generic term for trucks) gave the green light to Iveco Defense Vehicles in partnership with Geo-Sting, for the construction in record time of a site for the assembly of high-mobility tactical and logistic military vehicles. Series production should start with a production capacity estimated at 440 units per year, also counting on the production support of the Italian factories of Iveco Defense Vehicles. The production portfolio includes 16 different types of high-mobility trucks, with and without protected cabins, according to the specific configurations required by the Romanian Ministry of Defense.

The production of Italian tactics in other states does not represent, as far as we know, a delocalization of the sector in the name of low cost military, in fact the Iveco DV HQ in our country is independent, functional and self-sufficient for these productions. Rather, it is a much closer and more concrete technical link with major military customers and, without doubt, a multipurpose reference for the Iveco brand, as well as a production area with inevitably lower costs.

The Romanian site of Iveco DV, which arose necessarily as a result of important contracts, represents for the runaway economy of this state, a further opportunity for development and assistance. This new reality will not carry out activities in the production of import-export but, as already said, only for the assembly of components from Italy. The economic return is clearly directed to the London-based CNH Industrial, holding company of the Turin group; not bad if we consider the very recent news that Iveco's civil production is still Italian.

It is now clear that relations between Italy and the United Arab Emirates are at an all-time low. One of the last acts ...
594
Read

Definitely a multi-role light vehicle atypical for its VW Dune Buggy line that brings to mind a rival, the ...
1761
Read

Fincantieri CEO Giuseppe Bono announced on 10 June the signing of a contract with the Ministry of ...
8006
Read

With the entry into the COFS (Joint Command for Special Forces Operations) of the 4th Ranger Regiment and the 185 ...
7499
Read