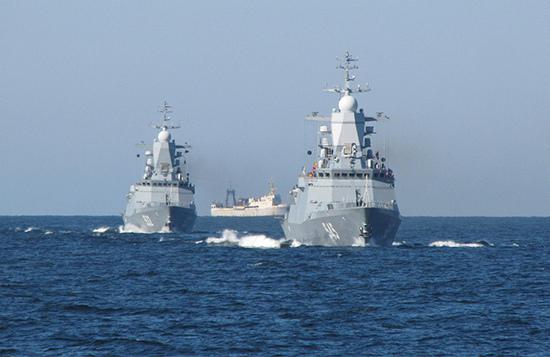 Originally born as Project 20380, in order to replace the old class Grisha and equip all the fleets of the Voyenno-Morskoi Flot, these multirole missile corvettes optimized for operations in coastal areas are capable of being used with anti-ship, antisom and fire support functions at land landings.

A first order of four units was made of these corvettes to be built at the shipyards Servernaya Verf of St. Petersburg where the head of class was launched on 16 May 2006, a unique unit of its kind as it is equipped with the CIWS system Kortik without any VLS.

Already starting from the second unit the Soobrazitelnyy the design of these ships began to change with the removal of the aforementioned CIWS and installation of the VLS system Redut from 12 cells leaving the armaments unchanged up to the sixth unit, the Gromkiy second unit launched by Amur Shipyard of Komsomolsk. While, from the seventh unit, Aldar Tsydenzhapov, the corvettes present the mast with completely redesigned radar and telecommunications systems.

For the rest, all units are equipped with air search radar Furke 2, terrestrial radar Garpun-B e Monument to which are added the fire control system Ratep 5P-10E Puma for the cannon, sonar to hull Zarya-M combined with a low frequency system Vinyetka and navigation suite Gorizont-25. 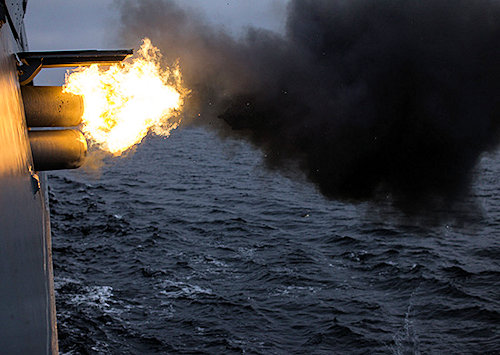 The defenses of these corvettes consist of countermeasure systems TK-25E-5 ECM and four decoys launchers PK-10, while the armament consists of a cannon A-190 100mm, eight anti-ship / cruise missiles Uranium, two CIWS systems AK-630M 30mm, two quadruple torpedo launchers Paket-NK, two heavy machine guns Mtpu 14.5mm for close defense and, as indicated above, with the exception of the CIWS armed class leader Kortik all the others have a launcher Redut 12-cell with missiles 9M96E.

Following the last order of August 2020 there will be eighteen corvettes Project 20380 which will enter service with the Voyenno-Morskoi Flot, to which, however, we must add the class Gremyashchiy (Project 20385) improved version or fourth variant of the previous versions additionally equipped with the VLS launcher UKSK capable of containing missiles 3M-54 Kalibr o 3M-55 Oniks and in the future the 3M-22 Zirkon.

Finally, at this time, always at the construction sites Servernaya Verf, the first is under construction Project 20386 (Merkuriy) based on the previous Project, but with further measures in terms of shapes and materials to make it further shielded from the radar. 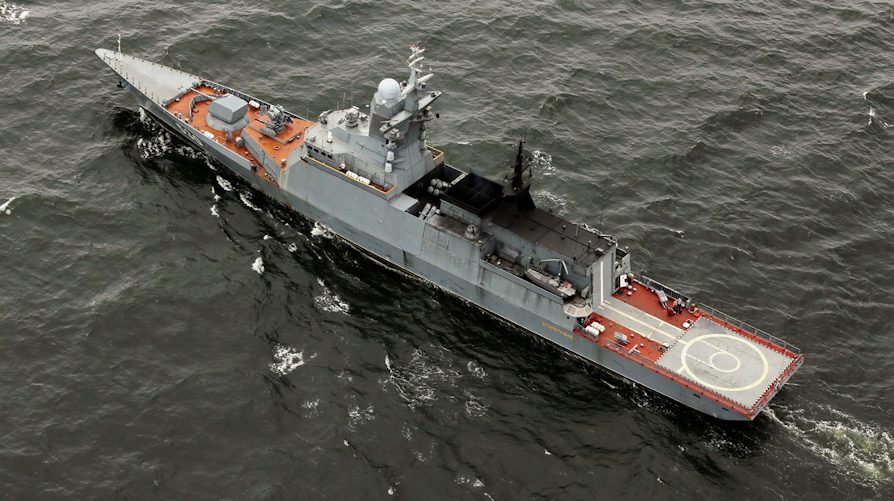 Photo: MoD of the Russian Federation

It is now clear that relations between Italy and the United Arab Emirates are at an all-time low. One of the last acts ...
22
Read

Definitely a multi-role light vehicle atypical for its VW Dune Buggy line that brings to mind a rival, the ...
1715
Read

According to various rumors, the Chinese government intends to restructure and expand a track of ...
5459
Read

Fincantieri CEO Giuseppe Bono announced on 10 June the signing of a contract with the Ministry of ...
7987
Read

With the entry into the COFS (Joint Command for Special Forces Operations) of the 4th Ranger Regiment and the 185 ...
7485
Read

During the operational deployment Clemenceau 21 (which will affect the Mediterranean, the Red Sea, the Persian Gulf and ...
2595
Read