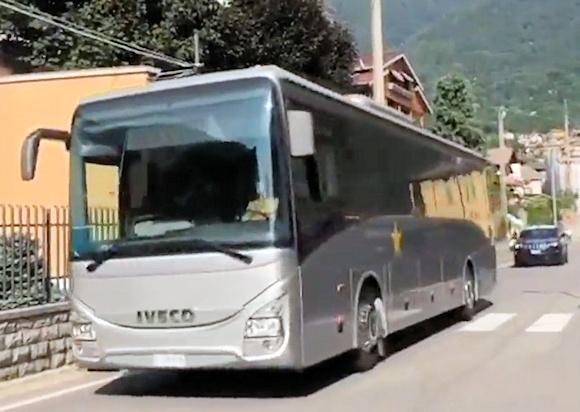 The commitment of our young people in Afghanistan has been commendable and it is precisely our 54 fallen who have gone on in twenty years of mission that torment us the most, fill us with a thousand questions after the withdrawal and the consequent green light to the Taliban entry to Kabul, where the Sharia.

The first national transfer of a hundred Afghan refugees began on 21 August, of which a third is made up of women and children, so they would essentially be families. The first exodus will concern subjects at risk or collaborators potentially targeted by the Taliban. After a XNUMX-kilometer journey that began in Kabul and ended at Ciampino airport, the refugees took their seats on three military buses for their stop in northern Italy. These are military buses in gray livery of new institution in the armed forces, clearly alternatives to NATO green and vegetato.

The journey of the military and the buses

On board Iveco Crossway and Irizar Century, the army conductors, flanked by foreman and assistance personnel, set off at dawn towards Edolo (BS). Thanks to scheduled stops and in consideration of the red dot traffic for the counter-exodus, the buses arrived at their destination in Valcamonica around 16.30 pm, and here they finished the race at the Army Training Logistics Base commanded by Colonel Leonardo Muciaccaro. It is a military area that has, among other functions, a hotel wing. 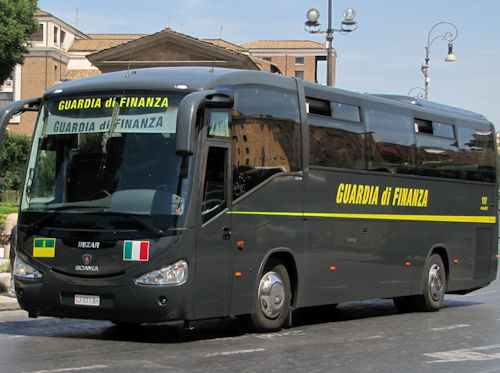 Without prejudice to the important presence of the Iveco Astra brand within the armed forces, I would like to remind you that the Irizar brand, as pointed out by Antonio Bornacci CEO of Irizar Italia, has 34 buses distributed between the Army and the Financial Police in the defense sector.

Iveco Crossway, very pleasant to drive, it is very versatile on the short and medium range even if it does not disdain longer transfers like a Roma-Edolo. Irizar Century, supplanted by the PB and then by the series I, tourist leaders, has fascinated and still fascinates at a glance its military conductors and civilian drivers. Thanks to its space, its line, but above all to the intuitive driving thanks also to the Scania engines.

The Irizars Century in use by the Army, they are 12 meters with 55 seats + 1 HD, powered by the 6-cylinder Scania 350 horsepower, an alternative to the always valid but quieter MAN engine. The tourist typologies conventionally use the abbreviations H, (High semi-raised), HD (High Deck raised) HDH (Hight Deck Hight super raised) and Duble Deck (double-decker bus) to catalog the vehicles according to the type of service.

Same goes for the versions irize in use by the Guardia di Finanza, which, however, also has the I4 series in its fleet, specifically designed for urban and interurban routes.

Iveco Crossway, is motorized with a Cursor six cylinders with 9 CC and 300 hp, re-entering even if it is very versatile, in the interurban range of buses. 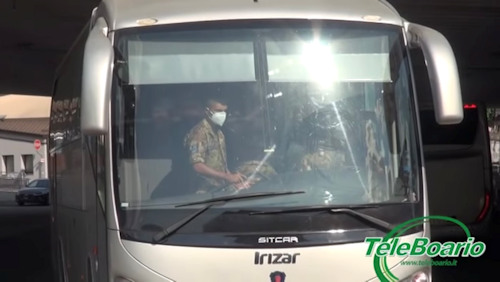 Private individuals in aid of the Army?

These days the headlines of the main newspapers speak of a potential risk of Afghan immigration quantified in hundreds of thousands of people, while Europe (and Merkel who broke the ice with Putin) is understandably seeking diplomatic solutions to contain this. drama within the Afghan territory.

What if the workload were to increase? Late solutions should be avoided: it is good to remember that the same private tourist bus carriers could help the humanitarian bridge at national level, supporting the shuttle work of the army.

The excellent activity carried out in favor of the tourism sector by the Minister of Transport Enrico Giovannini and of Tourism and Cultural Heritage Garavaglia (which we recall have allowed refreshments and a load capacity of 80%) could, in an era of chameleon and unpredictable changes, look again at tour buses as a solution.

The mayor of Edolo Luca Masneri confirms to the press that he is at the disposal of the military command of the capital to speed up the air bridge between Kabul and Rome, considering the risk of entry of the Taliban also into the Kabul airport. It will be a matter of hosting a maximum of 120 people who will subsequently be sorted on the national territory. The Lombard Red Cross will take care of the management and assistance of refugees in Edolo through its medical volunteers and nurses from the Brescia delegation.

The operational specialty of the Voluntary Military Corps of the Red Cross is also an available resource and to be taken into consideration in relation to the evolution of events.

As previously written, among the supplies of armaments sent by the Italian government, there are also howitzers / ...
44544
Read

Apparently the Army of the Russian Federation is also bringing in the latest versions (dating back to the 80s ...
48203
Read

To circumvent the limitations imposed by Congress, the Biden Administration employs its allies to provide ...
18108
Read

No war can be interpreted and explained through the "absolute" and necessarily abstracting lenses of ...
4063
Read

If it weren't serious, it would even be comical. People don't realize the significance and implications that ...
17558
Read

Reuters reports that the United States will provide Ukrainians with long-range anti-ship missiles. If that were to ...
45160
Read

One of the modern fields of study related to learning is the one known as "serious games". Let's start right away ...
2362
Read

Last month we witnessed the sinking of one or more Ukrainian Neptune anti-ship missiles in the Black Sea ...
37144
Read

The Russian Airborne Forces (Vozdushno-Desantnye Voyska rossii - VDV) - like the vaunted Spetsnaz, by the way ...
29122
Read