Brazil changes the page on tactics: a Light Multirole Vehicle after the Guaranì VBTP 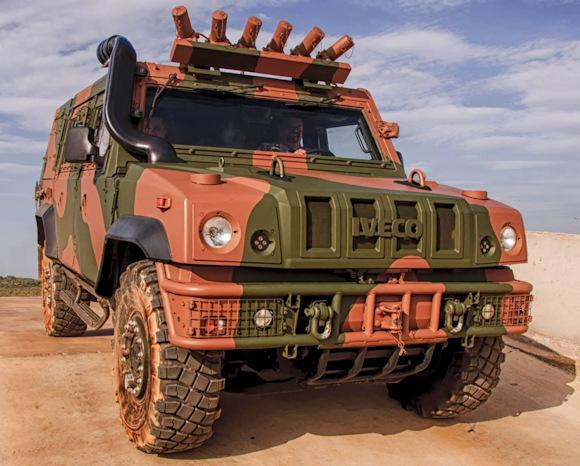 The "Italian military cat" Light Multirole Vehicle LINCE seems to have once again captured the international interest of the armies in a protected multirole, which inspires sympathy for its unusual and gentle line, but at the same time imposing and comparable to an SUV.

It is better to underline immediately that it actually has nothing of an SUV and its driving does not differ much from that of a very special 4x4 truck, also for the driving position.

It is able to ensure the safety of its 5 occupants from heavy machine gun fire, IED detonations and mines. Its success is confirmed by the international orders for this medium range of armored vehicles. In short, it seems that Italy did not want to give an indigenous answer to the creation of a 4x4 (AR) off-road vehicle, but is doing it very well in the specialist sector of the protected.

Brazilian friends go straight to the point, for them it is a “Multitarefa”, that is, a multitasking essential and armored, able to move easily in the operating theaters of Latin America. Certainly in addition to the specific characteristics of the Lynx, the innovative design was appreciated that helped in 2015 to choose it as an innovative armored vehicle.

In light of an important contract signed in 2019 with theExército brasileiro, on April 28, 2021, in the state of Minas Gerais at Iveco Defense Vehicles in Sete Lagoas, the first of the 32 LMVs planned was delivered with a ceremony. 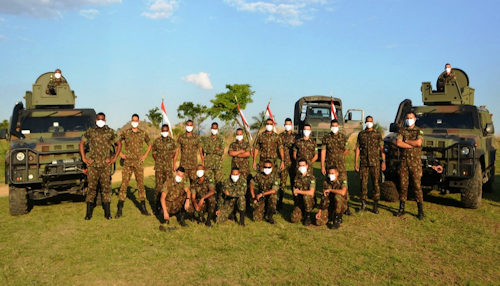 The initial platform on which the Lynx Brazilian, concerns the first series, while the specific integration requested by the customer takes place at Sete Lagoas, for example the addition of the weapon and command and control systems, therefore of those integrated systems now consolidated when it comes to equipment for tactics in this homologation range. The turret in this case is not Italian, while the tactical computers also perform a sort of radar function and, inside, communication can take place via intercom.

The wheelbase distance is 3230mm for a track of 1710mm and a width of 2200mm, which intersect with a height (without turret) of 2100mm. The 54 ° leading edges and 44 ° trailing edges are among the strong points for off-roading, where the minimum light in the underbody (under the differentials) is 345mm.

The important thing is to never lose the compass with its mass of over 7 tons, moved easily by its 4 cc F1C 3.0-cylinder engine and with 190 horsepower, 140 Kw. Features that also allow towing in the order of 3 tons. 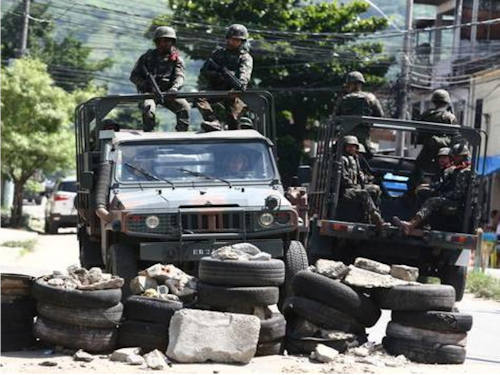 It takes up a new space

The military production of Sete Lagoas is known for the 6x6 VBTP Guaranì to which the variant of the Lynx intended to modernize the fleet of tactics of theExército brasileiro. In fact, LMV will not replace an existing vehicle, but will determine a new space for multi-role anti IED tactics with advanced features.

The needs that brought LMV closer to the Brazilian army go back in part, according to what the press - forte.jor.br - reports, when in 2018 in the state of Rio de Janeiro, the army was called to reduce a situation of serious instability internal. The means used by the Brazilian army, as their staff quickly confirm to me, are the Agrales Marruá (photo), and among these the VTNE was employed Cargo.

Basically it is a good troop transport and logistic box truck, with a slightly too dated line and uncovered transmission, but above all not protected therefore extremely vulnerable. An armor kit with ballistic steel was sought, but it came late to the military requirement.

As previously written, among the supplies of armaments sent by the Italian government, there are also howitzers / ...
58598
Read

Apparently the Army of the Russian Federation is also bringing in the latest versions (dating back to the 80s ...
48747
Read

To circumvent the limitations imposed by Congress, the Biden Administration employs its allies to provide ...
18607
Read

No war can be interpreted and explained through the "absolute" and necessarily abstracting lenses of ...
4269
Read

If it weren't serious, it would even be comical. People don't realize the significance and implications that ...
18257
Read

Reuters reports that the United States will provide Ukrainians with long-range anti-ship missiles. If that were to ...
45563
Read

One of the modern fields of study related to learning is the one known as "serious games". Let's start right away ...
2419
Read

Last month we witnessed the sinking of one or more Ukrainian Neptune anti-ship missiles in the Black Sea ...
37329
Read

The Russian Airborne Forces (Vozdushno-Desantnye Voyska rossii - VDV) - like the vaunted Spetsnaz, by the way ...
29321
Read