Guardia di Finanza: its motorization comes from the Army 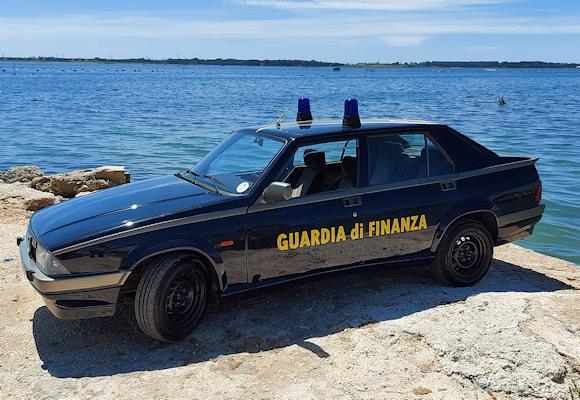 A real historical body, established in 1774 as Light Troops Legion committed to fiscal supervision on the borders of the Kingdom of Sardinia, which evolved to Customs Guard and then in Directed by the Guardia di Finanza in 1881 establishing in 1906 a general command entrusted to the Army.

Participate in the bloody world conflicts by recording important losses that mark the structure of the institution.

During the First World War there were 4.209 casualties of the Regia Guardia di Finanza employed at the front as an infantry unit, so much so that D'Annunzio, struck by the audacity of his men, in 1920 dedicated to her the motto "Nec recisa recedit" (Not even spezzata retrocede ).

Although during the conflict the command of Cadorna had been criticized by many for the sacrifice of thousands of lives and for the useless frontal assaults, the courage of the financiers was a constant that allowed the taking of the Ercavallo Pass and the defense of the Pal Piccolo and the Pal Grande. 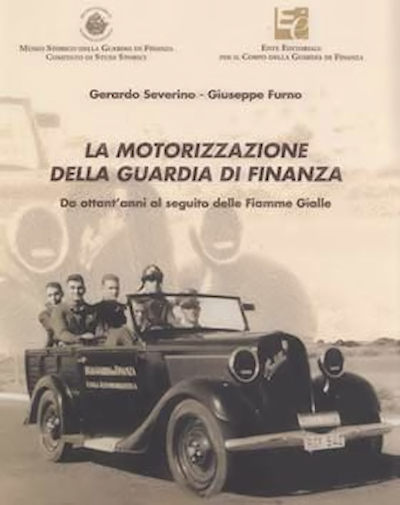 The handling of the Light Troops Legion initially it was on foot, but later horses and carts were used for school tasks, then bicycles to which, at the beginning of the last century, motor vehicles and motor vehicles were added.

The evolution of the Corps has not forgotten its militarity acquired in the last century, but the perception of many is that it is a restricted and distinct elite, towards which there is a certain mistrust for the delicate tasks performed.

Indeed, especially with the new century, its controlling role as a police force appears to prevail over militarity.

The automobile service of the Regia GdiF

The increase in school tasks forced what was the Regia GdiF to equip itself with an ever-increasing fleet of vehicles and, according to the data, as of July 1946, it counted 148 cars, 194 trucks, 192 motorcycles and 4 trailers.

Its history appears to be fluctuating between expectations, achievements and reconstitutions.

Nevertheless, the Corps had to wait until May 35 to set up an internal car service and, precisely to the Royal Army, the merit of having organized the first lessons on the automotive subject called Lower Automotive Course.

Just think that, pending a reform linked to this service, financiers were necessarily allowed to use their private vehicles for school tasks.

The courses subsequently instituted by the Corps were very selective and it was not difficult for many candidates already in possession of civil licenses to be rejected.

After the Second World War and the difficult reconstruction, several Jeeps were added to the Italian vehicles that remained intact Willys and Chevrolet Fleetline of US production. 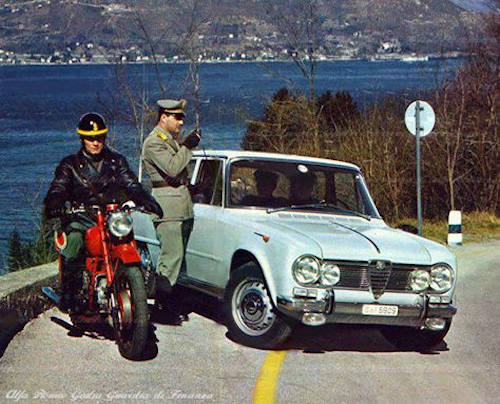 The history of the institute colors of the Corps vehicles is not clear from the black and white photos, but a note of '35 issued by the general command, allowed the coloring to vary from car to car based on the choice of the Command. In fact, there were black, beige, red paintwork (see Guzzi Falcone) and dark green up to the selection of anthracite gray for the new ones Super Giulia in the mid-60s.

This term is recurrent in the captions on the history of the motorization of the Guardia di Finanza and is mainly linked to anti-smuggling tasks.

The GdF was often called to spectacular chases where the acoustic-visual signals were not enough to open the way and stop the smugglers.

Real drivers trained by Alfa Romeo on the ISAM circuit (Istituto Sperimentale Auto e Motori) were needed, the progenitor of all safe driving schools born in 1956.

Last true queen of the Arese house with a mechanics deriving fromAlfetta and a design that echoed the timeless wedge shape of the Juliet. A true pursuit (or runaway) car, as defined in GdF, with 148 HP and a 4-satellite differential with 25% slip. Which means more control in power oversteer and two tires possibly slipping, not one (the ASR didn't exist yet). A car to drive with side-by-side (the real ones) and absolutely attached to the asphalt, as well as very fast at the time, 205 km / h. 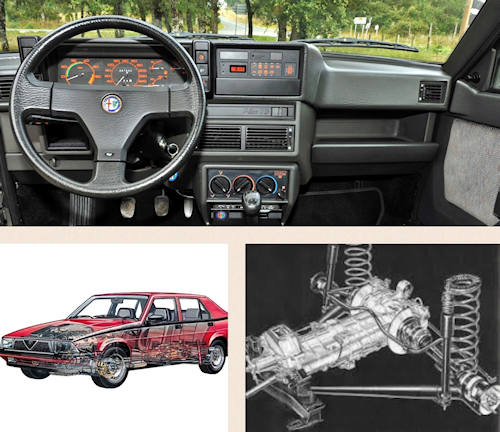 The novelty in its traditional 4-cylinder 1962 cm³ naturally aspirated twin-shaft is the double ignition (two spark plugs) per cylinder. Almost turbo-like performance and a long engineering effort to tilt the two valves per cylinder at 46 ° against the 80 ° of the original cylinder head with respect to the plane of the cylinder head. Due to the limited space, NGK devised a pair of spark plugs of different sizes specific for the engines twin spark guaranteed for over 100.000 km. A marketing operation in reality, but with final results envied by the automotive world.

Some confidants inform me that the wheel covers of the 75 TS were removed so as not to constitute a danger during pursuits. In fact, they could come off due to the pressure of the tires going to hit a passer-by. A solution also to increase the cooling of the brake discs avoiding the phenomenon of fading.

I tried to ask if there were engine or trim processing to increase performance, but it would seem not, so all in compliance with the CdS.

The VTLM LINCE of the Army

Also on the occasion of the Task Force for the 2006 "Grifo" operation at the Regional Command West (RC-W), the GdiF was called for NATO missions abroad, in charge of border control and training of the Afghan Border Police. To ensure the protection of the operators in the field made up of 14 operators and a junior officer, the Army sold an Iveco to the Corps Lynx VTLM (first series), to which only the GdiF institute plaque was affixed in polychrome tactical livery.

Today the military-style vehicles are almost replaced by the derivations of that characteristic anthracite gray that immediately leads to the identification of the Corps.

After the decommissioning of the M551 Sheridan tank, which took place in the mid-90s of the last century, the US Army ...
14547
Read

The director of the Kredmash mechanical plant in Kremenchuk would have confirmed (source Komsomol'skaja Pravda) that ...
6771
Read

On June 6, with two separate ceremonies at the Fort Wainwright and Elmendorf-Richardson bases, she was reactivated in ...
8668
Read

For a long time, Difesa Online has emphasized the importance of acquiring (and maintaining) artillery pieces, monotube and ...
22238
Read

British Army Chief of Staff Sir Patrick Sanders says the invasion of Ukraine by the ...
12308
Read 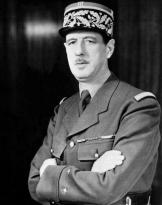 It is a warm evening on August 22, 1962 in Paris and, despite repeated calls for caution from the Minister of the Interior ...
2147
Read

During the last world war the Panzerkampfwagen V Panther, having solved the initial mechanical problems, was ...
27360
Read 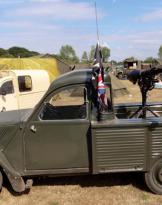 Getting ready for the news from Eurosatory 2022 "The Defense & Security Global Event" which takes place in ...
4968
Read