Green Waters Navies: is there an alternative to conventional submarines? (first part) 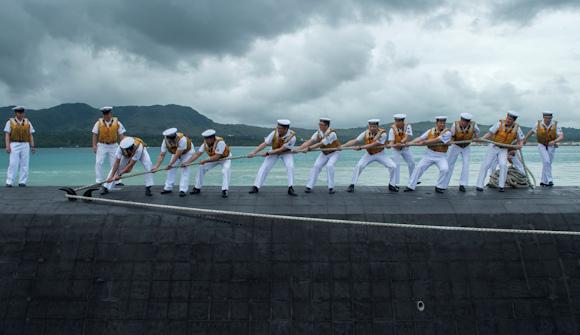 Sailing with a submarine (nuclear, conventional or midget) is fraught with danger and, contrary to popular belief, a submarine is closer to being an airplane (moving in a denser fluid) than to a ship. Emergencies and threats on board must also be resolved in a very short time, to avoid fatal consequences.

Navigating a submarine is a challenge by definition: just think of the dangers during underwater navigation, such as the grounding (eg USS San Francisco in 2005 or the HMS Superb in 2008) or collisions at sea with ships (eg HMS Ambush in 2019 or the JS soryu SS-501 - opening photo - in 2021) events that can occur both for physical reasons (propagation of sound in water in a non-linear way, phenomenon increased during the summer) or for lack of noise (e.g. sailing boat) when it goes back to periscopic altitude; during night sailing or on a foggy day.

Also fishing nets within designated areas for submarine drills1, fires2 which can consume all the air inside the submarine in minutes, gas leaks3 and the ingress of water from hull passages (such as garbage or smoke launchers) are common hazards to be faced while underway. 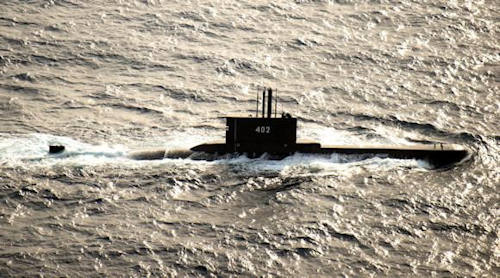 We recently witnessed a new tragedy that hit the Indonesian Navy submarine with the loss of the Chakra Class KRI Nanggala 402 (v.articolo), which carried a crew of 53 people. The incident occurred during a real torpedo-launching exercise. The submarine had been sailing for more than 40 years.

In April 2003 it was the turn of the Chinese submarine Changcheng 361, based on the 70s project, where an accident caused by a mechanical problem had resulted in the deaths of all 70 crew members.

Still alive in the memory is the incident of the Argentine submarine ARA San Juan (v.articolo) during a transfer. In 2017, the event held Argentine families and the public (and even the international submariners community) in suspense for weeks, until it was officially announced that there were no survivors. The submarine was located a year later, lying on the seabed at 800 meters.

However, in all 3 of the tragic events mentioned above, the incidents did not occur due to external causes.

Quickly scrolling through units still in service in some Marines from "Green Waters", it is interesting to reflect on some of the available data: 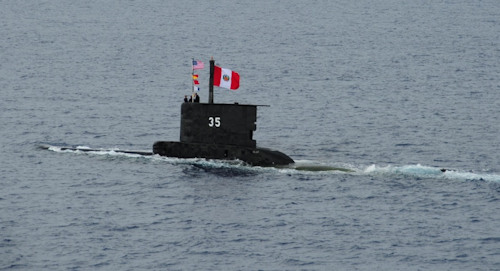 - The Colombian Navy has the ARC in service Pijao and the ARC Tayrona, both Type 209/1200 submarines ordered in 1975.

- The Argentine Navy, ARA, had the ARA in service until recently Salta and the ARA saint Louis, both commissioned in 1974

The Bangladeshi government is believed to have paid China $ 203 million for the two submarines.

- As anticipated above, Indonesia had Type 209 1300 submarines commissioned in the 80s.

- Egypt has 4 modern German Type 209 submarines, but still has 4 Chinese class submarines in service Romeo. This variant is known as Type 033 Romeo. A total of 84 Type 033 submarines were built in China from 1962 to 1984, several exported to other countries. Some of them are now exhibited in naval museums. 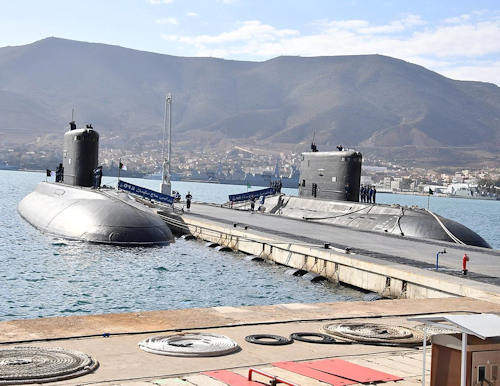 Considering the fleets of conventional diesel-powered submarines present in the world in different navies "Green Water", we can immediately notice that in several cases the average age of submarines is medium / high.

Submarines built with technologies available in the 80s or 90s should reasonably be able to stay in service at around 35, up to a maximum of 40. They should then be banned.

Submarines are boats subjected to incredible pressure during underwater navigation, being able to reach depths of 250/300 meters, and even more. Therefore, the impact on hulls, structures and systems after many years of service is greater than that of ships.

Taking this into account, on average a conventional diesel submarine performs basic maintenance every 2/3 years, with a work duration of a few weeks; average jobs every 5/6 years, lasting a few months and with fairly invasive jobs (with the cut of the hull to allow the batteries to be changed); while the modernization and complete overhaul works (MRO - Maintenance Repair and Overhaul) are carried out after a period of approximately 10/12 years, with profound modifications and updating of the CMS, equipment and all on-board systems. These works can last up to 2 years, and are very invasive (with still the cut of the steel hull to access the engine / battery room). 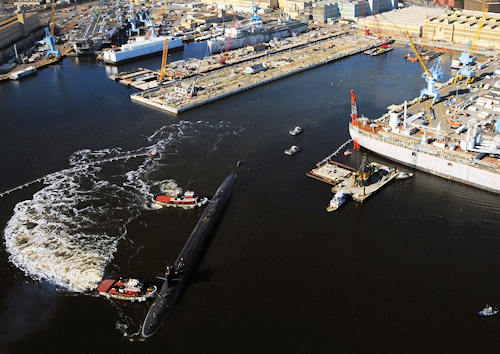 The new submarines (and ships) are now built with the best technologies and materials available, and it is plausible that in the future the total expected life of the submarine could be extended up to 25/30% more.

Interestingly, since the end of World War II submarines have only sunk two enemy ships: the sinking of an Indian frigate in 1971 (the INS Khukri, by the Pakistani submarine PNS hangor) and in 1982 when the submarine HMS Conqueror sank the cruiser ARA with 2 torpedoes General Belgrano during the Falklands / Malvinas War, forcing all Argentine ships to take refuge in ports and never set sail)4.

However, the strategic effects and operational psychological deterrent are still well present, demonstrating the importance of having submarines for both navies "Green Waters" than for those "Blue Waters".

Importantly, in addition to the typical tasks of anti-ship and anti-submarine warfare, conventional submarines can perform a multitude of missions such as intelligence gathering; patrol, interdiction, naval blockade, exfiltration, special operations (SOF) with diver / SDV release, data collection (video, ESM, audio) and only an insane navy would accept to lose all these strategic advantages in a given geographic area.

If a navy is not strong enough for anything else, it may attempt "delay, disruption, denial and demoralization" operations (D4). Mines and submarines are effective potential D4 tools. Such transactions which are maintained for a considerable period of time are essentially one "irregular warfare" at sea5. 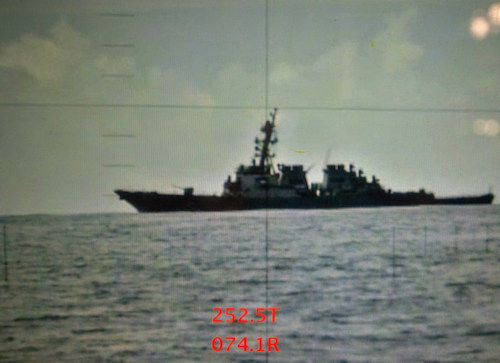 The rules of the game for marines Green Waters they would hide, deceive, attack in ambushes, as well as carry out patrols, intelligence e targeting. Given the lethality of modern torpedoes and mines, naval forces entering the area patrolled by submarines would be in a high-risk position, both as an attacking force and in defense of their own interests.6.

As is well known, conventional submarines are almost an exclusive prerogative of Navies developed with a significant seafaring tradition behind them. All marinas with submarines in service are - or have been - of a medium / high level from the point of view of personnel training and operations. However, many navies today suffer from severe budget cuts and financial constraints.

The aim should not be to keep the boats in service up to the extreme consequences and beyond common sense (often endangering the safety and life of the crew) nor on the other hand to spend hundreds of millions of Euros ( or USD) for conventional submarines, especially in this period where public opinion is always reluctant to accept military spending.

For these reasons, marinas often employ submarines well beyond their limits, not having an available budget of around 400/450 million Euros / Dollars to buy just 1 new submarine (with safe and modern standards).

Indeed the goal for a Navy "Green / brown water7" it should be to guarantee the same deterrent effects at a strategic level (maintaining all the tactical advantage deriving from having an efficient underwater component) but at much lower costs.

And by costs I mean the cost of the vehicle and maintenance costs over the years, together with the cost of on-board personnel.

Therefore, to maintain the same operational capability the solution may not be to purchase new conventional submarines or continue to spend large sums of money on MROs, but to consider the acquisition and deployment of modern Midget and Compact submarines.

Read: "Green Waters Navies: is there an alternative to conventional submarines? (second part)"

4 The Yugo-class North Korean Midget is believed to have sunk the ship ROKS Cheonan in March 2010, although no official confirmation of the attack was ever given.

7 Brown Waters does not mean that they are Green Waters areas with worse conditions, but areas where offshore units could not function efficiently. In general, this would mean water that is too shallow, narrow or infested with mines. In Brown Waters, only the smallest boats can function effectively, whether or not there was real opposition. While Brown Waters clearly denote rivers and some bays, it wouldn't necessarily be limited to these. Depending on the counterpart and other conditions, some coastal / maritime areas, as well as straits and other "bottlenecks", could be considered Brown Waters. Ibidem, PP. 46

As previously written, among the supplies of armaments sent by the Italian government, there are also howitzers / ...
65563
Read

Apparently the Army of the Russian Federation is also bringing in the latest versions (dating back to the 80s ...
49138
Read

To circumvent the limitations imposed by Congress, the Biden Administration employs its allies to provide ...
18909
Read

No war can be interpreted and explained through the "absolute" and necessarily abstracting lenses of ...
4399
Read

If it weren't serious, it would even be comical. People don't realize the significance and implications that ...
18640
Read

Reuters reports that the United States will provide Ukrainians with long-range anti-ship missiles. If that were to ...
45771
Read

One of the modern fields of study related to learning is the one known as "serious games". Let's start right away ...
2444
Read

Last month we witnessed the sinking of one or more Ukrainian Neptune anti-ship missiles in the Black Sea ...
37459
Read

The Russian Airborne Forces (Vozdushno-Desantnye Voyska rossii - VDV) - like the vaunted Spetsnaz, by the way ...
29489
Read