Home Military world Means End of career or new life for the sot ...

End of career or new life for Typhoon class submarines? 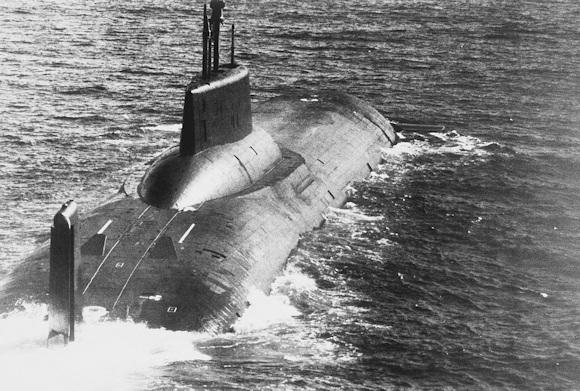 Among the numerous military vehicles deployed by the great powers during the so-called "Cold War" which captured the collective imagination more than any other, effectively representing the fears of an entire era, the Soviet ballistic missile submarines of the "Typhoon class" they certainly deserve a first-rate position.

Officially named "Project 941 Akula" ("Shark" in Russian), the "Typhoons" were designed and built at the end of the 70 years and over the years 80 as a Soviet response to the introduction of the "Ohio class" by of the US Navy. Made of titanium and characterized by the presence of multiple reinforced hulls to increase their chances of survival even when directly hit by both torpedoes and enemy depth bombs, the "Typhoons" are still the largest submarines ever deployed by a any of the great powers. Their fame also involved the general public after the publication, on October 1, of Tom Clancy's book "Hunt for the Red October" ("The Great Escape of the Red October" in Italian) from which it was later taken in the 1984 also a lucky film with Sean Connery and Alec Baldwin in the role of protagonists.

Although they were armed with Type 53 conventional torpedoes, Viyuga RPK-2 nuclear warhead anti-submarine cruise missiles and even an 9k38 Igla anti-air defense system (SA-18 Grouse in NATO code), the real "claws" of the "Typhoons" were the 20 intercontinental ballistic missiles "R-39 Rif" ("SS-N-20 Sturgeon" in NATO code), the most massive ballistic missiles ever created, launched from the wells "D-19" placed in the bow of the boats. 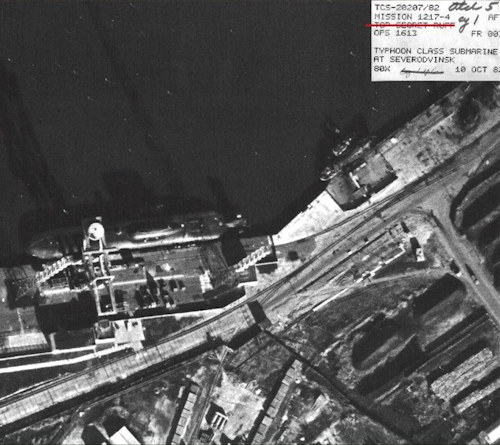 Considering the fact that each of the "R-39 Rif" missiles was able to accommodate 10 automatically steerable nuclear warheads, the entire "Typhoon" flotilla deployed by the Soviet Union in the 80 years of the last century had an overall capacity of 1200 nuclear warheads; not only, given the particular construction characteristics and extreme stability, the "Typhoons" were the only ballistic missile submarines capable of launching their own arsenals even when they were moored at naval docks, a possibility that further increased the value of "weapons of strategic deterrence ”from the potentially immediate use.

The initial program involved the construction of 10 units but only 7 received a formal name, respectively: "TK-208", "TK-202", "TK-12", "TK-13", "TK-17", " TK-20 ”and“ TK-210 ”, (where TK stands for“ Тяжёлая Крейсерская ”-“ Heavy Cruiser ”, a name used to confuse foreign secret services), however the end of the“ Cold War ”and the collapse of the Soviet Union led to the cancellation of the last planned 3 units and to the dismantling of the "TK-210", still incomplete and unusable on the naval ports. The other 6 boats, however, remained in active service and, given the fundamental importance of the new Russian Federation in the strategic forces, they continued to carry out a sustained cycle of cruises and operational deployments while maintaining a level of readiness and efficiency well above that of the rest of the then decrepit Russian armed forces.

In line with the new Russian practice of renaming naval units with the name of cities or important personalities, the first, third, fifth and sixth submarines respectively became the "TK-208 Dmitry Donskoy", "TK-12 Simbirsk "," TK-17 Arkhangelsk "and" TK-20 Severstal "while the" TK-202 "and the" TK-13 "kept the original name. 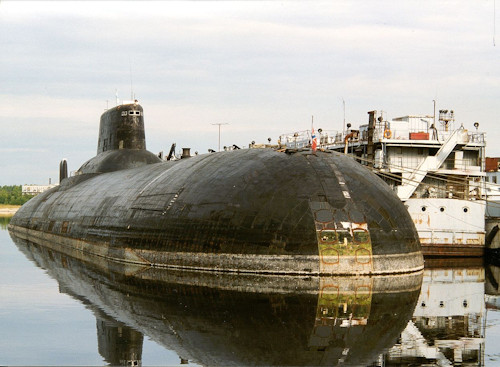 Despite the excellent technical characteristics, the "Typhoons" fell victims of the arms reduction plans sanctioned by the end of the "Cold War". Of particular importance in this case was Russia's decision to completely eliminate the "R-39 Rif" missiles with their multiple nuclear warheads and not to replace them with any new missiles of the same category. This decision had a deadly impact on the career of the "Typhoon" because with the complete elimination of the "R-39 Rif" they found themselves deprived of their only strategic offensive weapon.

In the 1996 the decision was taken to put the "TK-12 Simbirsk" out of service, followed in the 1997 by the "TK-13" and in the 1999 by the "TK-202". After a few years in the reserve, all three submarines were dismantled over the next decade with US financial aid. Subsequently, in the 2004 and in the 2006, also the "TK-20 Severstal" and the "TK-17 Arkhangelsk" have been placed in reserve, while the "TK-208 Dmitry Donskoy" has never ceased operating activity, being converted to the use of the new "RSM-56 Bulava" ballistic missiles intended to equip the new ballistic missile submarines of the "Borei class" (photo below). In this new guise, the "TK-208 Dmitry Donskoy" performed a total of 15 tests by launching an equal number of missiles and contributing in a determined manner to the development and final success of the troubled "Bulava" program. However, with the "Bulava" now operational and with the program of the "Borei class" well underway towards the conclusion (which in the 2027 should lead to the complete deployment of all and 10 the boats envisaged by the naval rearmament plans), it seemed that it was now the time has come for the swan song for the "Typhoons". In fact, in the 2012, the Russian Navy decided to cancel the planned program for the modernization of all three surviving units by asserting that, with the money spent on the modernization of a single "Typhoon class", two "Borei class" could have been purchased. At the same time, it was announced that, starting with the 2018, the "TK-17 Arkhangelsk" and the "TK-20 Severstal" would be dismantled and that the "TK-208 Dmitry Donskoy" would suffer the same fate after the 2020. 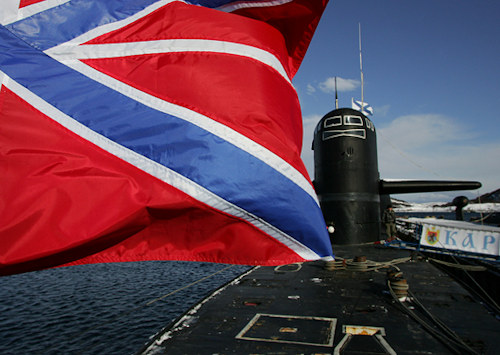 Many recent rumors seem to have completely questioned what seemed to be the fate of the "Typhoons". Starting from the 2014, in fact, Russia found itself in spite of itself increasingly caught up in a new tug-of-war with the West. The increase in NATO activity on the eastern flank, the involvement in the parallel conflicts of Ukraine and Syria and the general growth of global instability have meant that the Russian Navy became aware of the fact that, at present, its operational forces do not have sufficient firepower to carry out prolonged war operations, they can inflict irreversible damage to a hypothetical enemy through a single concentric attack. Furthermore, due to the persistence of Western economic sanctions with the consequent slowdown in the growth of the Russian economy, the armed forces had to delay their modernization programs over time, which before the 2014 were instead proceeding with a drumbeat.

The risk is that, in the long run, the Russian Navy's firepower will be irreversibly compromised. In fact, according to the words of Vice Admiral Oleg Burtsev: "The" Ohio Class "American submarines can carry up to 154 cruise missiles and the Chinese" Type 055 class "destroyers can carry up to 112. But our frigates belonging to the "Project 22350 class" can currently only carry 16. The frigates of the successive classes currently under construction can increase the total up to 24, but this is still insufficient ". Hence the idea of ​​returning to the "Typhoons" to turn them into submarines launches cruise missiles. On the basis of this project, the "D-19" launch complexes would be replaced with new "rotating cells", each equipped with 10 cruise missiles that could thus be launched in rapid succession, on one side to obtain a volume of fire concentrated greater, and on the other to minimize the danger of interception by the enemy with consequent loss of the unit. Each of the three "Typhoons" would therefore have a total of 200 cruise missiles available; a remarkable firepower. 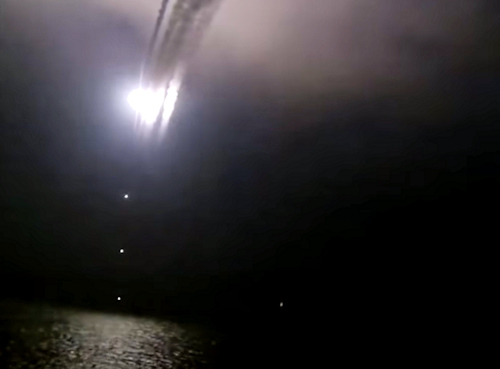 In addition, to promote "multi-purpose", the launch cells that can be installed on the "Typhoons" would then be of the "universal" type and therefore compatible both with the P-800 Onyks / Yakhont, both with the 3M-54 Kalibr, and with the 3M22 Zircon . Moreover, the boats would also be modified to be able to lay naval mines and equipped with instruments, water vehicles and watertight chambers suitable for special forces operations. The "Typhoons" would thus become real "multi-purpose" units equipped with unparalleled firepower and capable of performing a wide range of missions.

At the moment it is very difficult to say if and when such an ambitious "Typhoon" update / modernization program will actually be carried out. However it must also be noted that having three submarines available capable of launching a save from 600 missiles capable of knocking out any opponent could turn out to be an unexpected breath of oxygen and a remarkable asset for a navy that is furiously trying to rebuild a credible capacity of attack over long distances.

Pecunia non olet says the famous Latin brocardo, sometimes quoted out of turn but truthfully. And it's a question ...
3589
Read

According to Treccani, in Ancient Rome, a veteran was a soldier who, after having fought for a certain number of ...
8912
Read

For the third time in two months, Russian pilots have intercepted US planes in the international waters of ...
4055
Read

They had already announced it in the bilateral meeting in Naples last February. On that occasion the president ...
16612
Read

The challenges to security, as well as social, economic and political stability, brought by the crisis of COVID-19, ...
361
Read

For two consecutive days, last February, China sent its strategic bombers over the Straits of ...
4190
Read 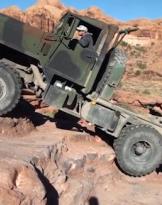 Since the fall of Ben Ali in 2011, Tunisian politics has been making an admirable effort to guarantee the country a ...
3874
Read