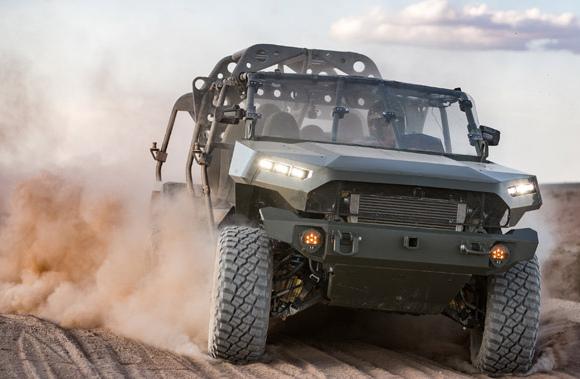 Let's take a step back in time and go to 1911 to talk about Louis Chevrolet, driver and forerunner of an antagonist brand of the Ford T, the first concept of a popular car built on an assembly line following the winning idea of ​​Oldsmobile with the Curved Dash.

Louis Chevrolet merged into General Motors which will become an international automotive holding created by his friend William C. Durant, from Buick. He specialized in making simple, robust and affordable vehicles, a concept not too far from our Fiat. The Chevrolet brand (the slang is Chevy) also spread widely within the US Army.
In addition to the unimaginable cubic capacities of General Motors engines that until the last century emphasized more torque than power, an interesting concept for powering tanks, Chevrolet production included both cars and medium and heavy trucks that began to spread in regiments and battalions.

Curiosity: The driver Louis Chevrolet in 1905 during the Vanderbilt Cup of 284 miles, he raced aboard a FIAT, but the winner was George Heath on Panhard. 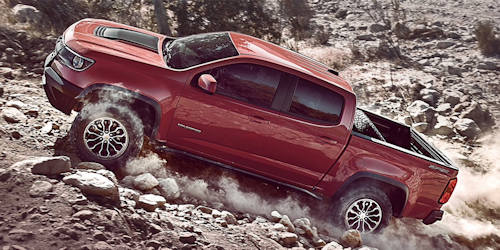 American names and acronyms capture you, but in this case it is a versatile pick-up born for the prairies and at the service of rangers, even if in the American continent this type of vehicle is strong and the Fiat Fullback itself has met with greater approval as well. Ocean. Its mission is therefore that of the work pick-up, which in the USA they call trucks, in fact it is structured with an elongated cabin and purely aesthetic fittings as per yenkee tradition.

At the rear it inevitably adopts a reinforced rigid bridge, while at the front it has independent suspensions, a concept that is now widespread and relatively accepted even for pure 4x4s.

La General Motors Defense also on this version he wanted to work to militarize the characteristics of the production versions and, of our pick-up, the bodywork has essentially disappeared to give rise to the Infantry Squad Vehicle (ISV) 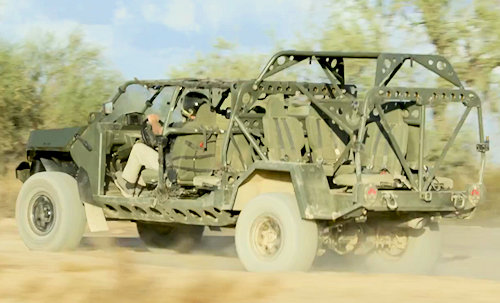 By World War I in Europe, the GM group had already reserved a dock for military needs, and many will remember the '14 or '39 Chevrolet vans rather than the later J65 Turbo Jet Aircraft engines, but also the more recent - 80s - Chevrolet Blazer, called CUCV Commercial Utility Cargo Vehicle.

A bit like it was for the performer Blazer, Chevrolet has identified in the ColoradoZR2 the basis for a light and fast vehicle capable of carrying 9 soldiers and a payload of 1.500 kg. A vehicle ideally not too different from the Flyer 72 GMV and similar.

It is a transportable vehicle by air and launchable aircraft, selected by the US Army in 2020, after numerous tests on the civil version and the passage to the research standards of the "TARDEC Capabilities" (Tank Automotive Research, Development and Engineering Center).

In identifying a credible medium, the US Army requested three ISV prototypes from the GM Defense-Ricardo consortium, the Oshkosh Defense-Flyer Defense and the Science Applications International Corporation (SAIC) Polaris, but the winning cards were GM- Ricardo which was based 90% on the Chevrolet Colorado ZR2.

In June 2020 (shortly after testing and detection) the US Army allocated $ 214 million to build 649 ISVs out of a total demand of 2.065 units. The first delivery will be made to the 1st Brigade of the 82nd Airborne Division. 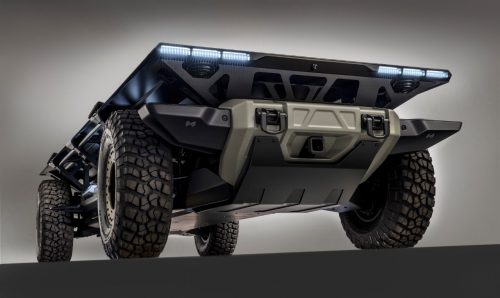 These real bolts of the dirt road will have a "motorsport" technology and modified suspension Rod Hall Products, while the reinforcements to the frame will be carried out by Hendrick Motorsports in Mooresville, North Carolina.

In addition to the endothermic versions of the Infantry Squad Vehicle, there are also electric prototypes for conducting surveillance missions on silent mobility. Fuel cell electrification in the military is an aspect on which General Motors Defense is investing with interest.

The characteristics of the ISV aim to change the tactical rules for the infantry units, expanding the mobility on any terrain and allowing the approach without wasting time and energy of the soldiers, who will be even more ready.

It is not excluded that the United States will opt for an export of the ISV to the allies considering the interest in this type of vehicle. Will there be Italian responses in this direction and with this speed?

As previously written, among the supplies of armaments sent by the Italian government, there are also howitzers / ...
21405
Read

Apparently the Army of the Russian Federation is also bringing in the latest versions (dating back to the 80s ...
46240
Read

To circumvent the limitations imposed by Congress, the Biden Administration employs its allies to provide ...
17440
Read

No war can be interpreted and explained through the "absolute" and necessarily abstracting lenses of ...
3728
Read

If it weren't serious, it would even be comical. People don't realize the significance and implications that ...
16422
Read

Reuters reports that the United States will provide Ukrainians with long-range anti-ship missiles. If that were to ...
44621
Read

One of the modern fields of study related to learning is the one known as "serious games". Let's start right away ...
2281
Read

Last month we witnessed the sinking of one or more Ukrainian Neptune anti-ship missiles in the Black Sea ...
36914
Read

The Russian Airborne Forces (Vozdushno-Desantnye Voyska rossii - VDV) - like the vaunted Spetsnaz, by the way ...
28854
Read