"Top priority": the US run-up to hypersonic weapons 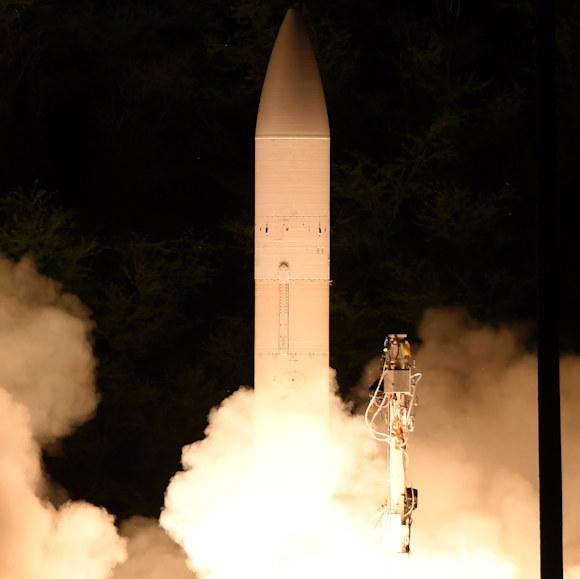 The US Navy yesterday successfully conducted a ground test of the first stage of the solid propellant engine of the hypersonic missile it is developing in collaboration with the US Army.

Each armed force will adopt the same hypersonic vector. Launchers dedicated to different land and sea uses are being developed.

The Navy is in charge of the project while the Army leads the production. The adoption of the same missile for the two Armed Forces will lead to savings for economies of scale.

The next test - flight - will take place in the first quarter of 2022, and will also see the definition of the two weapon systems.

Hypersonic weapons are capable of flying at speeds greater than five times the speed of sound (Mach 5), highly maneuverable and operating at different altitudes. In minutes you can beat targets thousands of miles away.

Due to the delay over China and Russia, the US Department of Defense has defined hypersonic weapons one of the top priorities and is working, in partnership with industry, government laboratories and academia, to have that capability from 2023.

(See the episode of Defense ON AIR: "Hypersonic missiles, do we still have time to ignore these game changers?")

The director of the Kredmash mechanical plant in Kremenchuk would have confirmed (source Komsomol'skaja Pravda) that ...
1962
Read

On June 6, with two separate ceremonies at the Fort Wainwright and Elmendorf-Richardson bases, she was reactivated in ...
7714
Read

For a long time, Difesa Online has emphasized the importance of acquiring (and maintaining) artillery pieces, monotube and ...
21405
Read

British Army Chief of Staff Sir Patrick Sanders says the invasion of Ukraine by the ...
11352
Read

During the last world war the Panzerkampfwagen V Panther, having solved the initial mechanical problems, was ...
26689
Read

The conflict in Ukraine has "distracted" the magazine in recent months from continuing to deal with issues relating to the ...
7159
Read