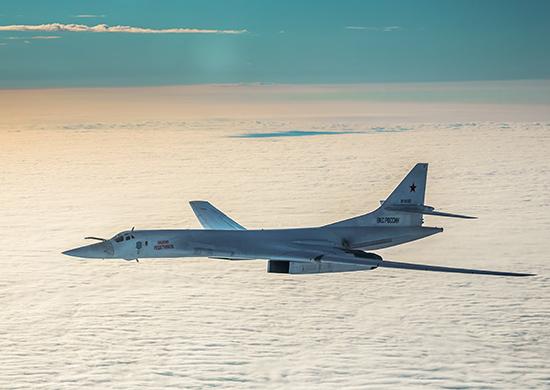 In particular, two Blackjack, on 12 February, they took off from the south-west of Russia and then headed for the Kola Peninsula, on the border with Finland, then set off for the Norwegian Sea (two F-16s of the Norwegian Air Force took off to intercept them ). After flying over part of the Norwegian coast, they moved off the coast of Iceland and then continued on to the Svalbard archipelago. They then headed to the Franz Josef Islands before returning to their base over the Kara Sea. For a stretch of their journey they were escorted by a pair of Russian Naval Aviation MIG-31s.

The overflight mission of the two strategic bombers probably intended to send a message to the United States, before the four B-1B bombers arrived Launch at the Ørland air base in Norway. Not surprisingly, the two Blackjack they made a passage off the coast of Iceland, a strategic node to possibly prevent any supply by sea from Canada and the United States to Northern Europe. 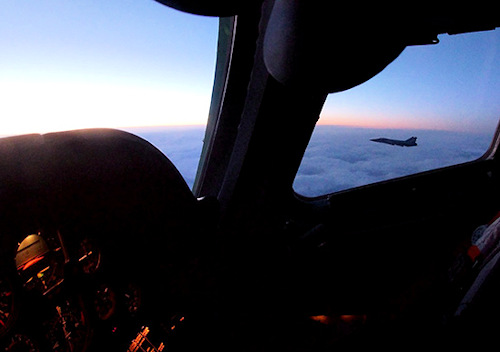 The announcement by the Pentagon to deploy four bombers Launch close to the northern border of Russia, even if for some time devoid of nuclear weapons, it certainly could not leave the Kremlin indifferent. In fact, the B-1Bs are no longer used as strategic aircraft for strike nuclear (on some occasions in Afghanistan they were even used in CAS missions), but as launch platforms for cruise missiles, including the AGM-158C LRASM (it can carry up to a maximum of 24 bombs). It is an anti-ship weapon /country attack GPS-guided, with features stealth and a maximum range of more than 1.000 km, equipped with a warhead weighing 450 kg. It can operate in autonomous mode and select the target to hit independently.

It is also likely that the sending of USAF bombers responds to the need to counterbalance the growing Russian expansionism in the far north, whose subsoil, as is well known, is rich in natural gas.

Criticism from the Kremlin was certainly not lacking, in fact, the spokeswoman of the Foreign Ministry, Martina Zakharova, declared on 11 February last that "We certainly cannot speak of serenity when tension rises on the Russian borders and a base is prepared for military operations against our country".

"The Oslo decision is only the latest in a series of similar ones taken in the past", Zakharova continued. Referring to the deployment of B-1B bombers Launch in Ørland, as well as to denounce the "permanent" presence of American, British and Dutch land units in northern Norway, as well as the arrival of US Navy nuclear submarines near Tromsø. 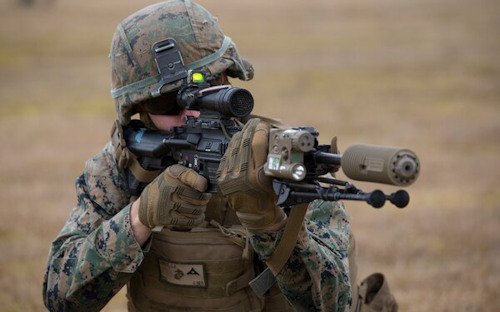 "We believe that such military activity in Norway threatens regional security and puts an end to the Norwegian practice of not allowing the establishment of foreign military bases on its territory in peacetime.", the spokeswoman for Russian diplomacy said.

In 2017, 300 United States Marines had been deployed in Vaernes (central Norway), at the request of Oslo.

This was unprecedented since, during the Cold War, the Norwegian authorities had systematically refused any permanent American military presence on their territory, precisely to prevent the then USSR from feeling threatened at the northern border.

However, in October 2020, the Pentagon announced that this contingent of Marines, which in the meantime had doubled in size, would switch to a less rigid and no longer permanent deployment model, in order to achieve greater operational flexibility. As for the British and Dutch forces, on the other hand, since the time of the Cold War they have conducted scheduled exercises on Norwegian soil.

This afternoon, the Ministry of Defense of the Russian Federation issued the following statement: "Two ...
2156
Read

The latest news about the movements of Russian troops towards Crimea speak of three regiments of the VDV (Vozdušno -...
5689
Read

The tension between Ukraine and Russia does not seem to be defused, having been engaged for weeks to "flex their muscles" in the ...
4475
Read