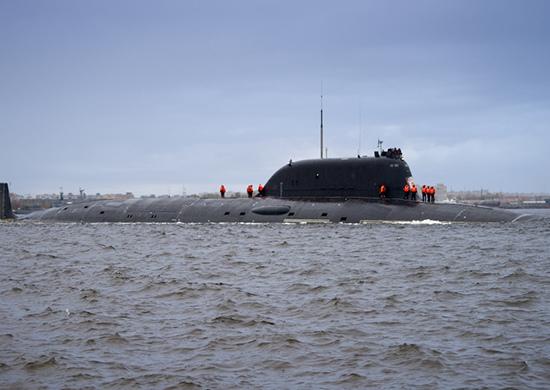 The submarine, Project 885M Yasen-M, K-561 Win launched its main offensive weapon at a coastal target during testing prior to entering service with the Voyenno-Morskoy Flot, said the press office of the Ministry of Defense. During these final tests in the White Sea the Win launched a cruise missile 3M-54 Kalibr which hit a coastal target located in the Chizha military range in the Arkhangelsk region of northern Russia at a distance of more than 1.000 km. The tests took place within a security perimeter guaranteed by naval units of the Northern Fleet stationed in the White Sea.

The nuclear-powered attack submarine Win began the final phase of the admission tests in the fleet on November 21 with crew and a team from Sevmash shipyards on board. The submarine conducted surfacing and diving maneuvers at various depths, checking its main systems. During the voyage, the crew carried out tests regarding systems and armaments. Once the tests were successfully completed, the K561 th will officially join the Northern Fleet of the V-MF. 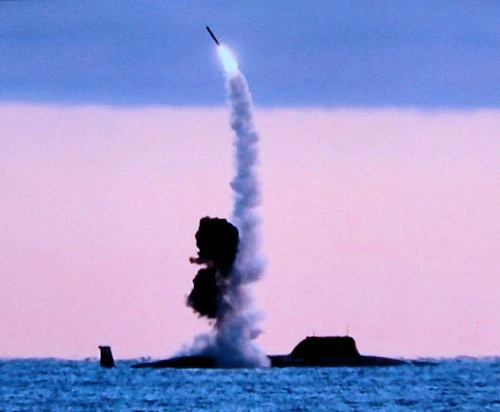 Missiles of this type were launched from a distance of no more than 1.300 km from surface ships (frigates class Gepard and class Admiral Grigorovich and Buyan-M-class corvettes) and submarines Kilo Project 636.3 (B-237 Rostov-on-Don, B-268 Velikiy Novgorod e B-271 Kolpino), with questionable results, during operations in Syria.

The range of the missile 3M-14 with both conventional and nuclear warheads it was not disclosed. According to reports from the Russian Ministry of Defense, the Navy ships and submarines have carried out a hundred launches from the Caspian and Mediterranean Seas with missiles. 3M-14T and 3M-14K during operations in Syria.

The Kazan submarine was set up by the Sevmash shipyard in northern Russia on July 24, 2009 and launched on March 31, 2017. It is currently being tested. The submarine is expected to join the V-MF by the end of the year and enter service with the Northern Fleet alongside the K-560 Severovinsk.

At this time also the K-573 Novosibirsk is conducting acceptance tests at sea to become the first boat in the class Yasen to take up service in the Pacific Fleet.

When he was secretary of state, John Kerry had threatened Erdoğan to expel Turkey from NATO (despite not ...
1279
Read

During the last world war, the Italian state abandoned thousands of ascari (Eritrean fighters) who ...
3324
Read

In the 25 November 2019 incident, when a Tigre attack helicopter and a Puma transport helicopter collided ...
2265
Read

The head of naval operations, the adm. Mike Gilday and members of the United States Congress, during the Symposium ...
1748
Read

The Minister of the French Armed Forces, Florence Parly, stressed the importance for the Nation of being able to dispose ...
1972
Read

The French forces, framed in Operation Barkhane in Mali, allegedly killed civilians in the course of air raids ...
3160
Read

After Germany, Poland and Italy, Turkey's turn has come to lead the VJTF (Very ...
2532
Read

On December 25, 2020, the Japanese Ministry of Defense (MoD) announced that it would include the purchase cost ...
1592
Read