Home Military world The European Union continues to fuel the ... 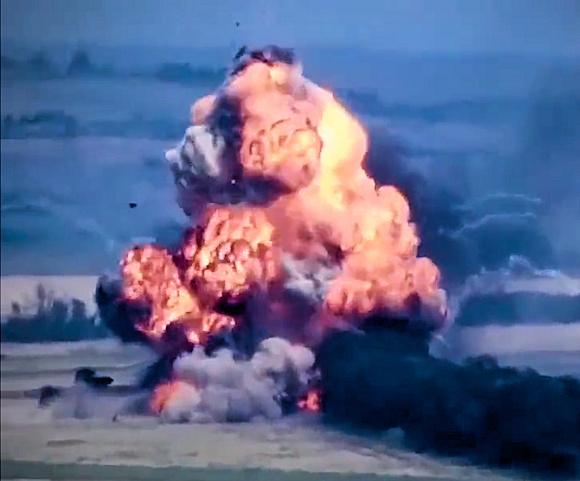 The High Representative of the Union for Foreign Affairs and Security Policy, Josep Borrell, recently announced that the defense ministers of the twenty-seven member states of the European Union, meeting in Prague on August 30, discussed a possible future European assistance and training mission for the benefit of Ukrainian forces, on the model of those conducted so far in Mali, the Central African Republic or Mozambique.

Therefore, if we were to rely on the models of missions in Africa mentioned above, the member countries of the Union would have to send their soldiers to Ukrainian territory (the hypothesis of identifying a "host" country, perhaps Slovakia, was also raised) to carry out tasks of mentoring.

Europe's supplies of military equipment are in decline. Germany itself has made it known that it has no more stocks to send to Ukraine. Now we would like to move on to the training phase, that is to train young Ukrainians to be sent to the Donbass meat grinder.

In this regard, in a press conference dating back to August 22, Borrell said that "A war that lasts and seems destined to last requires an effort not only in terms of supplies of equipment, but also of training and assistance to the organization of the army". After all, Ukraine got it status of candidate for accession to the European Union during the European Council held from 23 to 24 June.

However, some member states have made no secret of their skepticism towards this initiative. “Whether this is the right way to help remains to be seen. I'm not so sure. Perhaps this could be done more quickly and with greater flexibility at bilateral level, under the coordination of the Union ", said François Bausch, Luxembourg's defense minister.

Other concerns were expressed by the Austrian counterpart Klaudia Tanner.

In any case, an agreement at the level of the Twenty-seven will be necessary for this initiative to be realized, in fact at the moment there has been only an informal "green light" from the EU defense ministers.

One wonders, in the case of Italy, as a minister resigned how Guerini can give (albeit informal) assent to such a provision.

Also according to Borrell, the objective of this new mission, based on the EUTM (European Union Training Mission) model, will be that of "Improve the functioning of the Ukrainian army, which is facing great challenges".

Organizing such a mission, in a theater of war like the Ukrainians, will certainly not be easy (the Minister of the French Armed Forces has already communicated the availability of his country). Furthermore, it will be necessary to define the modalities (mandate, financing, objectives, legal aspects) as well as identify the “force generator”, which should allow to determine the contributions of the member states, both in terms of personnel and capacity.

In 1954 the Armalite Division of the Farchild Engine & Airplane Company began the development of an assault rifle ...
1131
Read

After a long period of experimentation by the "Folgore" brigade, the ...
3690
Read

The war in Ukraine is showing that the armored component is still fundamental in a modern army. There...
6455
Read

Like every summer, many, too many are the fires that devastate hectares and hectares of woods. Often the Fire Brigade ...
2049
Read

While Turkey is tightening its tone towards the Greeks, breaking the dialogue with the government of Athens, Paris ...
73925
Read

Pakistan purchased the Chinese Z-2006EC helicopters in 9, an ASW variant specifically produced for the ...
22766
Read

They are certainly not new, the recognized abilities of Sultan Erdoğan to move with extreme ease among the ...
53388
Read