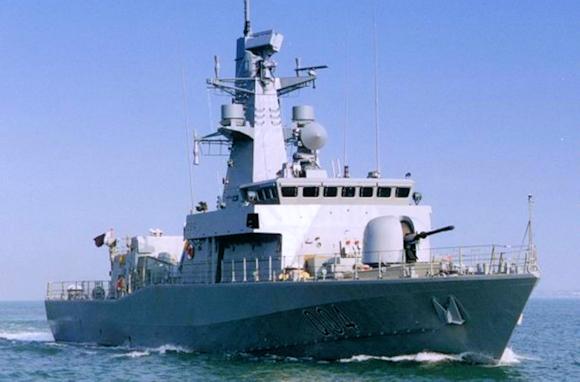 According to the Ukrainian press during the visit to Kiev of the British Defense Secretary Robert Ben Lobban Wallace, the proposal was made for the sale of eight missile ships, derived from the Omani class Dhofar and class Life of Qatar (photo). These fast attack units would be built the first two units in the UK, while the remaining six in Ukrainian shipyards as part of a ten-year loan of 1.25 billion pounds aimed at modernizing the Viys'kovo-Mors'ki Syly Ukrainy (Ukrainian Navy) including infrastructure. The signing of the program could already take place with the next visit to London of the President of Ukraine Volodymyr Zelenskyy scheduled for next October.

As indicated above, these units are derived from the project Vosper Thornycroft 56m and 380 tonnes capable of reaching 35 knots of speed, covering a range of up to 1800nm ​​at a speed of 12 knots, accommodating 7 officers and up to 30 non-commissioned officers and sailors.

Furthermore, the units will be customized with indigenous armaments, in fact, instead of the eight MM40s Exocet supplied, the ships will be armed with anti-ship missiles Neptune, local derivative of Zvezda Kh-35, while the remaining armament consists of an Oto Melara 76 / 62SR cannon, a CISW Thales Nederland Goalkeeper from 30mm and a launcher Sadral with six cells armed with SAM missiles Mistral.

The BAE Systems units would thus constitute the pivot of the naval force of Kiev going alongside the Pryluky, unique Project 206MR Vikhr in service, the two former USCG Island-class patrol vessels and the five local Project 58155 Gyurza-M.

Asphalt paving of the capitoline streets and garbage are among the most recent organizational emergencies where - without embarrassment ...
1028
Read

Despite continuing with the update program of the Aries tank, the Army General Staff arises ...
6541
Read