Home Military world The ASW squadron of the IRIAF 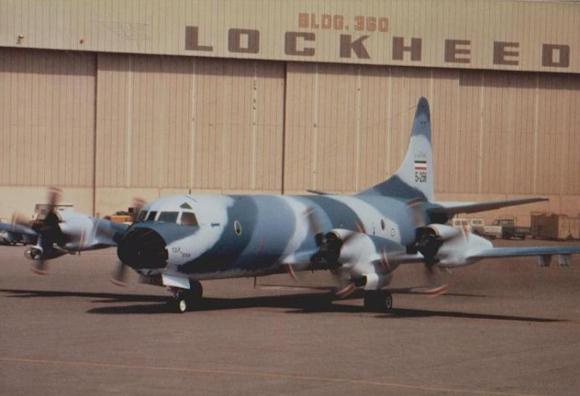 During the 70s, as part of Iran's rearmament program promoted by then Shah Mohammad Reza Palhavi, the country's military leaders issued a requirement for an ASW (Anti-Submarine Warfare, ed. ) which allowed the country to obtain a position of pre-eminence on the waters of the Persian Gulf.

Disagreements between the IIAF (Imperial Iranian Air Force) and the IIN (Imperial Iranian Navy) delayed the progress of the project as both branches of the Armed Forces fought furiously to gain control of what were prospectively considered strategic assets.

Eventually a compromise solution was found, with the aircraft assigned to the IIAF but operated in coordination with the IIN.

In 1973 the IIAF issued the fateful requirement for the purchase of 6 ASW warplanes, and the Lockheed P-3 patrol aircraft was chosen as the platform Orion.

The P-3s Orion purchased by Iran belonged to a one-of-a-kind version called the P-3F. The variant in question used the well-tested P-3C airframe in production for the US Navy at the time, but differed from the standard model in terms of the electronic equipment.

Unlike the American P-3Cs and contemporary Canadian CP-140/140As, the P-3Fs destined for Iran did not have the characteristic protuberance for the UHF antenna. The ASW suite and mission computer were not those of the P-3C but the displays and processors were adapted from the P-3A and P-3B variants, however the APS-115 radar was the same as the P-3C variant. 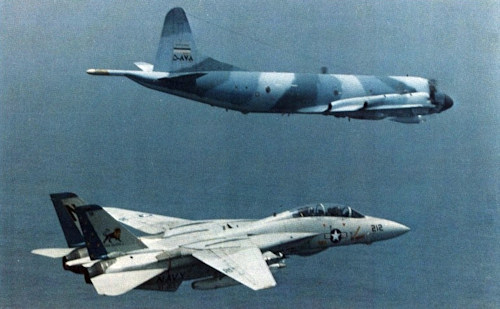 Other elements that united them to the P-3A and P-3B variants were: the search reflector, the ESM systems mounted on the wing edges and the overall configuration. One of the six aircraft was later modified to carry and launch the AGM-84A anti-ship missile Harpoon.

- Orion Iranians left the factory showing a gray-metallic livery but were subsequently repainted in a new three-tone blue / light blue livery. The aircraft were delivered to their crews in the period between July 24, 1974 and January 31, 1975 during their training and acclimatization period at the Moffett Field base, in the United States of America and subsequently transferred to Iran during the of April 1975.

Initially the planes, now organized in the 71st ASW Squadron, were based at Tactical Fighter/Maritime Base 9 (TFMB 9) of Bandar Abbas however at the outbreak of the Iran-Iraq War they were moved to Tactical Fighter Base 7 (TFB7) of Shiraz in order to ensure better protection. The following serial numbers were applied to them, which have since made it easier to identify and study their operational history: 5-8701; 5-8702; 5-8703; 5-8704; 5-8705; 5-8706.

During the Iran-Iraq War, aircraft of the 71o squadron ASW were used extensively in endless patrols over the skies above the waters of the Persian Gulf, Strait of Hormuz and Sea of ​​Oman, helping to secure shipping lanes to and from Iran. In this context they crossed over and over again on an almost daily basis a large number of warships and aircraft of foreign origin, especially of the US Navy. 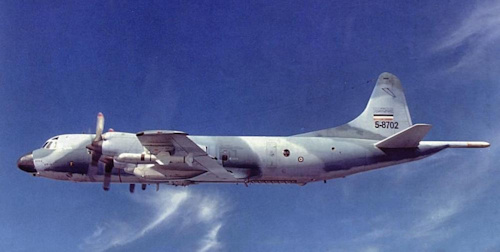 For reasons still unknown today, on February 15, 1985, the P-3F with serial number 5-8702 (the only one to have been modified to carry and drop the AGM-84A Harpoon) crashed to the ground with consequent total loss of the aircraft; however, the tragedy did not affect the deployment of the other aircraft and their crews who continued to serve in defense of the country.

During the 90s, due to airframe wear and tear, only 2 aircraft were able to fly while the others had been grounded pending an overall overhaul.

Another serious problem that the IRIAF had to face in relation to the management of its fleet Orion it was the reaching of the retirement age of most of the personnel of the squadron, during the 3s and the lack of necessary reinforcements due to the fact that most of the young pilots and mechanics preferred to opt for service in the fighter-bomber departments. In any case, over time, the IRIAF leadership managed to find the necessary funds (perhaps by cutting other programs) to finance a complete program of overhaul and modernization of its P-XNUMXFs which are one by one returned to service, now flown by new crews and fitted with new electronic equipment and locally developed depth charges.

While waiting for replacements to appear on the horizon, the P-3F Orion they continue to serve from TFB7 of Shiraz and today they mainly monitor the activities of the US Navy in the waters off the shores of Iran.

The German Leopard 2 tank is one of the military vehicles requested by Ukraine to face the Russian offensive...
6679
Read

"While war is changing, France has and will have armies ready for the dangers of the century", these are the words of…
2826
Read

Germany stubbornly does not want to deprive itself of its tanks. Despite weeks of the campaign "Let's free the...
78770
Read

In recent years, Russia has shown the West its technological advances in the military field through the…
48157
Read

On December 16th, with a statement that had actually already been in the air for some time, the Japanese Prime Minister Fumio...
8787
Read

Over twenty years ago, at the end of 2001, the then British Prime Minister Tony Blair supported the need to drop the...
13129
Read