Home Military world India and the strategic confrontation with China

India and the strategic confrontation with China 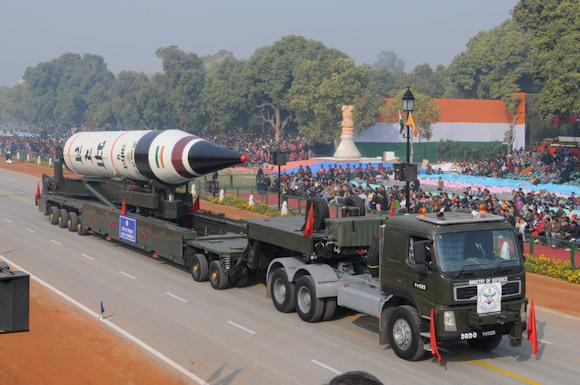 The launch of the Agni V last October allows India to take another step towards it status of superpower. With this weapon New Delhi becomes the eighth country in the world to equip itself with an intercontinental ballistic instrument, after the USA, United Kingdom, Russia, China, France, Israel and North Korea.

ICBM Agni V (opening photo), credited with a range of more than 5.000 km, made its first launch on 10 December 2018 from inside the Integrated Test Range (ITR) on Abdul Kalam Island, using a launcher / container mounted on road vehicle. The peculiarity of the missile is that it can make a shaped trajectory (that is, not purely ballistic).

The introduction into service of the Agni V is in line with the strategy of the "Credible Minimum Deterrence", an Indian strategy based on the commitment to the "No First Use" of nuclear weapons. This last doctrine is the subject of discussion by New Delhi, a possible abandonment could have important consequences at the regional level, in particular as regards relations with China.

For its part, Beijing seems satisfied with its (relatively) limited nuclear arsenal, as well as with the modest upgrade programs currently underway. China probably does not believe that its strategic credibility, at the regional level, is threatened or dwarfed by the continued progress of India, in both ballistic missiles and hypersonic cruises. 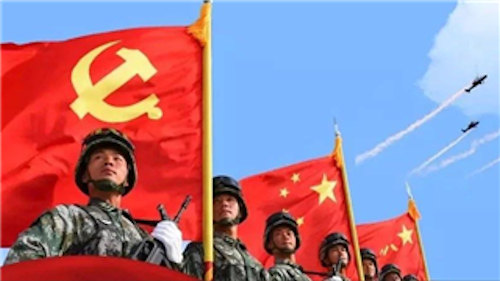 The storage of Chinese nuclear warheads is under the direct control of the Central Military Commission (CMC), which would have the task of distributing them to departments destined to use them only in the event of a nuclear alarm. This structure obviously reflects the priority of political control, however it risks making the nuclear deterrent very vulnerable to a possible first strike American.

In addition, PLAN's ballistic missile submarines (SSBNs) do not perform normal deterrence cruises, such as US Navy or Royal Navy vessels, which involve the presence on board of missiles armed with nuclear warheads. This could raise many doubts about the real abilities of Chinese submarines to carry out attacks in depth (deep strike).

Beijing has preferred to concentrate the available resources in a great process for the strengthening and modernization of its conventional forces, in particular the air-naval instrument, in order to create bubbles A2 / AD, increasingly difficult to penetrate.

In parallel, India is investing heavily in supersonic and hypersonic systems. It is also allocating substantial funds to the development of aeronaval assets capable of placing it, in the medium term, among the main players in Asia and the world. 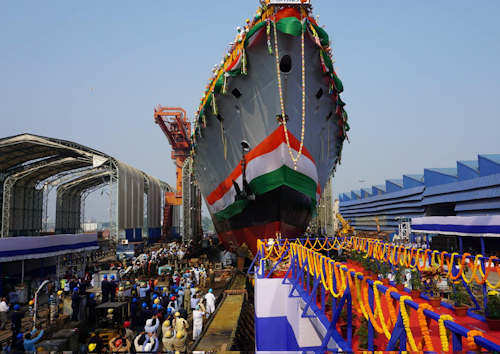 India pursues a foreign policy that seeks to establish a regional order on a balance of power in an area that extends from the Middle East to Singapore, and north to Afghanistan. However, there is no doubt that relations with Beijing will dominate its foreign policy; the two Asian giants are separated by a border of 2.600 km, characterized by the highest mountain range in the world: the Himalayas.

To counterbalance China's expansion in the South China Sea, New Delhi is strengthening its ties with Myanmar, the Philippines, Thailand but above all with Japan and Vietnam.

The Indian Navy is trying to counter the Chinese Navy, on the route that crosses the seas of China and the Strait of Malacca, to go out into the Bay of Bengal and skirt India up to the Arabian Sea, in the direction of the great port that Beijing has built in Gwadar, Pakistan, as a base for the new maritime silk road.

The Indian naval instrument is constantly increasing, both from a quantitative and qualitative point of view.

This is evident from the entry into service (the third unit was delivered at the end of the 2016) of three new DDGs stealth class Kolkata (next photo), designed and manufactured locally and equipped with national production systems, or manufactured under license on site.

The intention of the Indian Navy is to field a naval device capable of protecting national interests and guaranteeing the opening of energy supply routes, with a surface fleet consisting of 10 destroyers, 20 frigates and two new aircraft carriers, domestically made, class Vikrant, the first unit of which is expected to be operational by 2023.

India wishes to directly control its ocean which, despite its geographical denomination, is controlled by the Americans due to the bases in Kuwait, Djibouti, Bahrain, Oman and Singapore from which they guard access to the main straits.

Faced with the Chinese project to outline a new international order, Japan, with the support of Washington, Australia, India and the USA (thanks also to the Diego Garcia base), are the main (and only) adversaries of Beijing.

The Indo Pacific is therefore becoming the center of a military / economic dispute that could see the constitution of a new World Order take shape in the short term.

It is certainly not new that aircraft of the Aerospace Forces of Moscow violate the airspace of the Scandinavian countries ....
1183
Read

Chinese soldiers will travel to Russia to participate in a series of joint exercises. To the maneuvers ...
16013
Read

It was known that Soviet, and later Russian, industrial and technological espionage (S&T) never really ...
14743
Read

Anyone who has kept an eye on the renewal of the Navy's ship (limiting the analysis to "gray ships", ...
51752
Read

Bangladesh appears to be dissatisfied with the quality of military supplies received from Beijing. China uses ...
6281
Read

Operation Breaking Dawn by the IDF in the Gaza Strip will continue until all the ...
7456
Read

While Europe is focused on the war in Ukraine these days, the tension that arose from the official visit ...
2726
Read

With the eyes of the world on the Ukrainian war, it is often forgotten that there are other outbreaks ready to explode ...
7639
Read