Home Military world Ukrainian lessons: the support fire for the ... 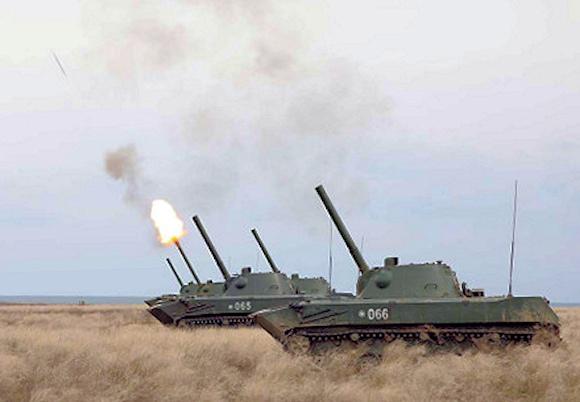 The war in Ukraine is providing Western observers with various food for thought as well as rethinking about weapons systems and doctrines that now seemed relegated to the Cold War period.

One of these is certainly the relevance of the ISTAR component (Intelligence, Surveillance, Target Acquisition, Reconnaissance), that is, identifying the opponent first and hitting him first is absolutely crucial in the economy of a fight.

An example of this is what happened to a Ukrainian motorized infantry unit - supported by AIFV - which was attempting a breakthrough in the Nikolaev-Krivoy Rog direction. The unit was spotted by a Russian airborne unit backed by BMD-3 combat vehicles and 2S9 self-propelled mortars Nona 120 mm (opening photo). Thanks to the support fire of the 100 mm guns, the 120 mm mortars and the 30 mm machine guns (c / c missiles were also used Kornet), the Russian paras were able to eliminate about twenty Ukrainian soldiers and put 5 vehicles out of use, thus stopping the breakthrough attempt.

However, it seems odd how a motorized unit is advanced without the support of tanks but above all without reconnaissance elements that precede it. Even more singular that the Ukrainians did not use drones to carry out a preventive reconnaissance (for ISR missions the Raven and the mini Bayraktar which have flight autonomies of 90 and 60 minutes respectively).

There is no doubt that what is happening in Ukraine should also raise doubts in our country, in particular with regard to the doctrines and equipment in use in the Army.

In Ukraine, hundreds of MBTs and AIFVs on both sides, have been destroyed (or in any case put out of action) by portable anti-tank systems, drones and single-tube and multi-tube artillery. 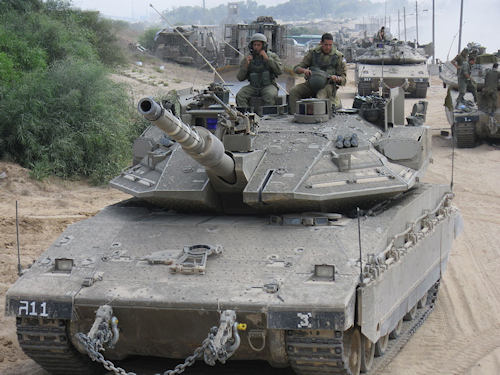 This does not mean that these means are obsolete and no longer suitable for future operational theaters. In recent conflicts, in Lebanon and in the Gaza Strip, the Israeli armored corps suffered numerous losses. Learned the lesson on the ground and reviewing tactics and doctrines, in the next operation Protection margin (photo), MBTs had a different use by providing fire support to the infantry without exposing themselves on the front line.

However, in this article, we would like to analyze the light infantry, referring to the Italian Army.

The Italian light infantry is made up of a paratrooper brigade (the thunderbolt), an aircraft brigade (the Friuli), two alpine brigades (la Taurinense and Julia), to which must be added the 151 and 152 infantry regiments of the brigade Sassari.

In the EMS plans, the core of the operational forces will consist of multi-arm maneuver brigades. These large units will each include three maneuvering regiments, an artillery regiment, a cavalry regiment, an engineering regiment and a logistics regiment (in addition to the command and tactical support department).

Apart from the Friuli, which has an atypical structure (66th aircraft rgt and two AvEs rgt) the other three brigades meet the requirements, in terms of departments, expressed by the EMS.

The parachute and alpine regiments they lack means, capable of delivering support fire, directly inserted in the rifle companies.

Given the nature of these regiments - that is the ability to be projected in a very short time as well as the ability to be able to make a rapid deployment in any operational theater - the presence of heavy equipment would constitute a significant logistical burden.

Just the inclusion in the staff of the 3rd rgt Savoy Cavalry in the paratroopers brigade, equipped with bus B1 Centaur 8x8, is aimed, on the one hand, to provide direct support to the parakeets with 105/52 mm pieces, and on the other hand to be able to set up cavalry explorer paratroopers with VBLs on the ground. Puma 4x4. 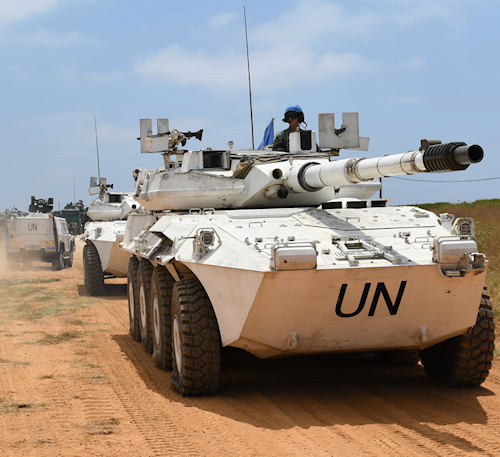 If not that i Centaur cannot be boarded on the few C-130J-30s available (currently no more than 4 aircraft are operational). So, unless you ask for a "ride" to some ally equipped with C-17, the Italian paràs would find themselves, as initial entry force, without direct fire support (if the massive presence of opposing anti-aircraft systems prevented the use of CAS).

This gap could be remedied by inserting a new generation 4x4 (no MRAP) light wheeled vehicle into the personnel of the rifle companies, capable of carrying weapon systems such as automatic grenade launchers and / or launchers for loitering munitions.

As for the Alpine regiments, in our opinion, they should replace the Bv-206S, currently in use, with the more performing BvS-10, allocating a part of them to platforms for NLOS missile systems (No Line Of Sight).

Regardless of the need to have vehicles that directly support the platoons of paratroopers and aircraft, there is the need to use a "light" team vehicle (that is, capable of transporting the entire rifle team made up of 10 elements), in place of VTLMs Lynx and future Lynx 2, the latter more suitable for the operations of peacekeeping e Peace enforcing, as well as the fact that it takes two vehicles to transport a team.

For this purpose, the platform appears very interesting Flyer 72 (already supplied to the 9th assault rgt With Moschin), capable of being loaded on CH-47F and C-130J aircraft. It is a highly mobile vehicle with a payload capacity of over 2.000kg and can be configured to carry up to nine riflemen. The Flyer Furthermore, 72 can be equipped in less than a minute, after landing from an aircraft, and can be configured with a large variety of armaments.

In 1954 the Armalite Division of the Farchild Engine & Airplane Company began the development of an assault rifle ...
5639
Read

After a long period of experimentation by the "Folgore" brigade, the ...
14922
Read

The war in Ukraine is showing that the armored component is still fundamental in a modern army. There...
6675
Read

Like every summer, many, too many are the fires that devastate hectares and hectares of woods. Often the Fire Brigade ...
2135
Read

While Turkey is tightening its tone towards the Greeks, breaking the dialogue with the government of Athens, Paris ...
74191
Read

Pakistan purchased the Chinese Z-2006EC helicopters in 9, an ASW variant specifically produced for the ...
22866
Read

They are certainly not new, the recognized abilities of Sultan Erdoğan to move with extreme ease among the ...
53501
Read