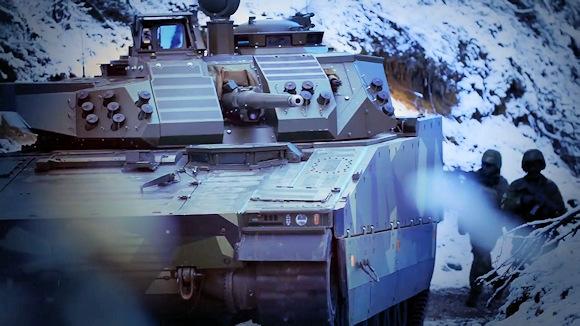 The government of the Czech Republic has decided to adopt the CV-90 (first 2 photos) as an armored combat vehicle for the infantry, a decision made after the cancellation of the tender for the acquisition of a new vehicle. The Czech Ministry of Defense decided to resolve the situation by negotiating directly with the Swedes for the sale of CV-90s.

Currently, Czech mechanized troops rely on 100/120 obsolete BMP-2 family vehicles, as well as about 80 BMP-1s in the reserve. The introduction of 210 new CV-90s will allow for the complete replacement of these vehicles and will allow the creation of more infantry units equipped with these vehicles.

It is not known in which configuration the CV-90 will be acquired, but it can be assumed that it will be the same version chosen by Slovakia. This will greatly facilitate logistics management and improve the integration of units from both countries (also reducing the unit price per vehicle).

The CV-90 Mk IV, chosen by Slovakia, is equipped with a new engine capable of developing a power of 1.000 hp. Its maximum weight, in combat order, is 37 tons, with a margin of two tons of additional payload without affecting the vehicle's agility.

The Mk IV version will also be the first Western IFV with an Active Protection System (APS). 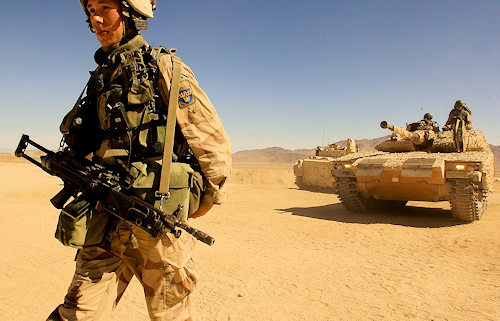 The vehicle is equipped with the modular D-series turret (with two crewmen) which can mount a wide range of weapon systems, including 30x173mm, 35x228mm, 40x255mm guns, in order to meet different operational needs. .

Secondary armament can include c / c Spike LR missiles and a 7,62x51mm machine gun mounted on a freestanding pod, located on the left side of the turret (the machine gun can be replaced by a 40x53mm automatic grenade launcher). The right side of the turret is equipped with two anti-tank missile launchers installed under the armor and operated from inside the turret to carry out firing operations (in place of the c / c missiles can be installed loitering ammunition type Hero-120).

The CV-90 Mk IV is made with fully welded steel armor. The CV-90's base shield provides 360 ° protection against 14,5x114mm armor-piercing shells. While the vehicle's front arc protection is classified, but all versions of the CV-90 are protected against 30x173mm APFSDS ammunition.

According to Major General Karel Øehka, it is important that the introduction of the CV-90 into the Army of the Czech Republic takes place quickly and that it is delivered to the infantry units as soon as possible.

So both the Czech Republic and Slovakia are equipping themselves with an AIFV capable of facing the operational scenarios that are emerging in Europe, acquiring a vehicle that, although not very modern, has been updated both from the point of view of protection and electronic systems transported. 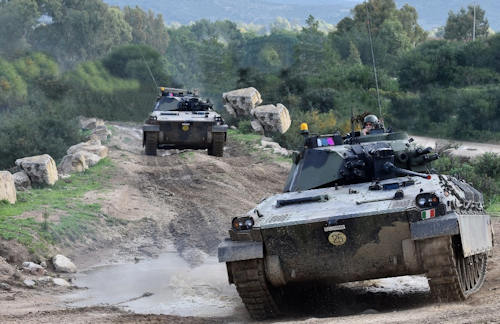 On the other hand, in the recent conference of the Army Study Center in early July, the head of SMD, Admiral Cavo Dragone, did not in the least mention a possible rapid replacement of the VCC-80 Dart (armored combat vehicle of the Italian heavy infantry).

It seems to us that the Defense is mired between the need to acquire a modern AIFV and the diktats of the national industry that prevent this transition.

Recall that the Dart (photo) it can be pierced, even from long distances, by the 12,7x99 mm caliber ammunition.

In the meantime that SMD makes a decision, the Italian mechanized infantry regiments are forced to operate with a "poorly protected" (to put it mildly ...) and armed vehicle, while every day we receive images from the Ukrainian conflict where armored vehicles much more protected than Dart they encounter "great difficulties" on the ground.

It is certainly not new that aircraft of the Aerospace Forces of Moscow violate the airspace of the Scandinavian countries ....
1048
Read

Chinese soldiers will travel to Russia to participate in a series of joint exercises. To the maneuvers ...
15745
Read

It was known that Soviet, and later Russian, industrial and technological espionage (S&T) never really ...
14690
Read

Anyone who has kept an eye on the renewal of the Navy's ship (limiting the analysis to "gray ships", ...
51719
Read

Bangladesh appears to be dissatisfied with the quality of military supplies received from Beijing. China uses ...
6271
Read

Operation Breaking Dawn by the IDF in the Gaza Strip will continue until all the ...
7451
Read

While Europe is focused on the war in Ukraine these days, the tension that arose from the official visit ...
2725
Read

With the eyes of the world on the Ukrainian war, it is often forgotten that there are other outbreaks ready to explode ...
7631
Read