Home Military world The Mil Mi-28NM helicopter will be equipped with mi ... 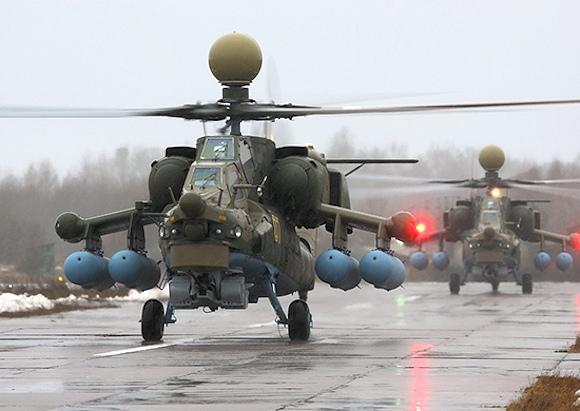 An upgraded Mi-28NM attack helicopter will be equipped with a new guided missile that was developed under a program known as Izdeliye 305 (product 305).

The aim is to equip the helicopter with the ability to launch 4 very long range missiles at the same time.

L'Izdeliye 305 is a new generation of guided missiles with a maximum range of 100 kilometers and designed to be launched from a helicopter. The main targets of such a weapon would be armored vehicles and bunkers.

The new missile will be equipped with an inertial navigation system. Target position information will be loaded into the system during launch. The helicopter, in turn, will receive information from its detection systems or from the integrated weapons management system on board.

During the final phase of its flight, the new missile will activate the device homing to locate the target in the designated area and destroy it.

The helicopter crew will receive a video signal from the missile via a secure communication channel.

Such a weapon would allow Russian helicopters to be able to strike targets outside the range of current Western short- and medium-range surface-to-air missile systems.

After the decommissioning of the M551 Sheridan tank, which took place in the mid-90s of the last century, the US Army ...
1025
Read

The director of the Kredmash mechanical plant in Kremenchuk would have confirmed (source Komsomol'skaja Pravda) that ...
4308
Read

On June 6, with two separate ceremonies at the Fort Wainwright and Elmendorf-Richardson bases, she was reactivated in ...
8026
Read

For a long time, Difesa Online has emphasized the importance of acquiring (and maintaining) artillery pieces, monotube and ...
21554
Read

British Army Chief of Staff Sir Patrick Sanders says the invasion of Ukraine by the ...
11540
Read

During the last world war the Panzerkampfwagen V Panther, having solved the initial mechanical problems, was ...
26795
Read