Home Military world You in Defense A woman in charge of the Cyber ​​Command of the S ...

A woman in charge of the United States Cyber ​​Command 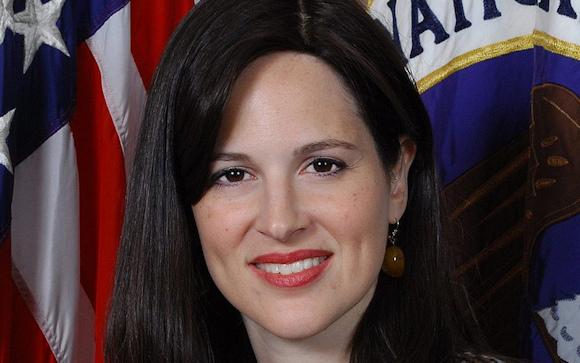 From next October Anne Neuberger will be the new director of information security of the American National Security Agency (NSA).

A veteran of the NSA for more than 10 years, she helped found the Cyber ​​Command of the United States, where it was already Chief Risk Officer.

Hailing from Brooklyn's Jewish neighborhood, Borough Park, she went to Bais Yaakov Jewish Preschool for girls only. Neuberger is a graduate of both New York and Columbia University business school.

Il Cyber ​​Command which he will direct was created in mid-2009 at the National Security Agency (NSA) headquarters in Fort George G. Meade, Maryland. The command works with NSA networks. In the beginning it was created with a defensive mission, but over the years it has been increasingly conceived as an "offensive force".

At the trees the Cyber ​​Command it was essentially an arm of the NSA set up to provide legality for the conduct of operations that the NSA could execute operationally, but not legally. As of August 18, 2017, it acquired its independence from the NSA networks.

The new concept of operational "independence", therefore, calls for a persistent commitment and aims to clash with one's "enemies" in cyberspace, and on a daily basis below the "conflict threshold".

The key concept is that opponents fight in networks and as far away as physically possible from the United States. In fact, the Defense Department does not operate in home networks, but rather tries to counter the attacks before they arrive in the country.

Analysts argue, however, that the new approach would encourage reliance on "cyberwarriors" to deal with a new set of strategies and possible external "offenses".

The supplies of military equipment by NATO and European countries to fighters continue in these days ...
10181
Read

The surprise attack of Bilohorivka will remain in the history of the Russian aggression war on Ukraine on the list ...
39214
Read

Some countries of the former Eastern Bloc have announced that they intend to sell their MBT holdings to Ukraine in order to ...
32027
Read

A few days ago we published in rapid succession the first and second part of an analysis relating to ...
119319
Read

We have already spoken extensively in the first part of this analysis of Ukraine and its situation; now is...
34636
Read

After having spoken extensively in the latest analyzes of the air, naval and land operations that have taken place so far ...
18209
Read