Maria la Bailadora and the battle of Lepanto 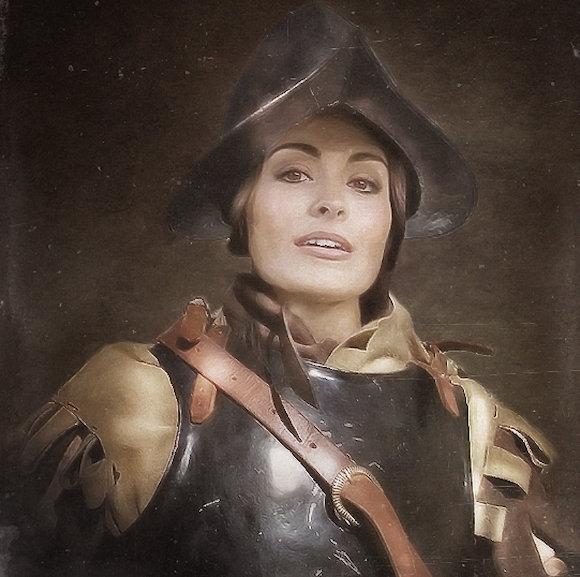 October 7 is the anniversary of the battle of Lepanto and to remember the many fighters of what, however you want to consider it, was a very hard battle, I want to tell the story of a woman, Maria la Bailadora.

Let's start with the historical facts

The battle was fought with extreme courage, side by side, by the Italian and Spanish soldiers, as often happened in those years, with good and bad luck but usually with success.

As I said, it was a tough battle of such deadly proportions that the ships of the line on both sides were involved in active combat rather than directing the battle from a safe distance. The Holy League was successful against the Ottomans with the loss of only 16 Allied ships representing 8% of the fleet compared to the loss of 214 Ottoman ships (76% of its fleet).

Without the victory of the League on that day, perhaps, the Ottomans would have definitively taken possession of the Mediterranean.

Let me now pass from history to legend, or rather to a certainly minor figure, perhaps legendary, whose name often returns in the Spanish tales of the battle. 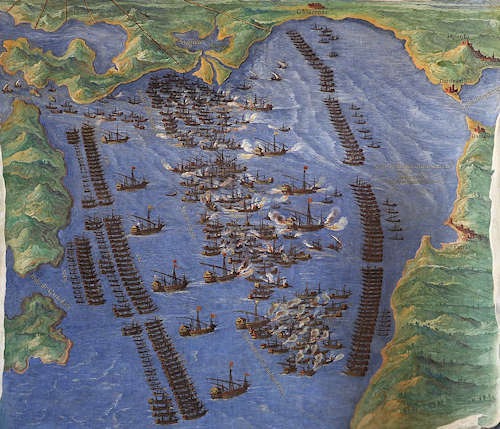 Of all the official, or semi-official, reports of the battle of Lepanto, both Italian and Spanish, in fact there is only the precious report of the soldier Marco Antonio Arroyo, an eyewitness to the battle. Published in 1576 in Milan (then belonging to the Kingdom of Spain) with the title of "Report on the story of the fleet of the Holy League" briefly mentions the episode of a Spanish woman, dressed as a soldier, who sneaked into the fleet fighting on the Real of Spain. The presence of a woman on board was a truly exceptional event because Don Juan of Austria had expressly forbidden the embarkation of "useless women and people".

Being a very accurate chronicle of the famous naval battle, it is worth reporting what he described in this report considered precious and truthful.

Here is what he wrote:

"... But a Spanish woman, Maria, called Bailadora (The Ballerina), who has stripped herself of the habits and natural female fear, fought with so much energy and dexterity with an arquebus, that many Turks lost their lives and faced by one of them, he stabbed him to death. For this Don Juan granted him an unusual honor and granted him that from then on he had to take his place among the soldiers, as he had shown himself to be, in Don Lope de Figueroa's Tercio. "

This episode was therefore so important to Marco Antonio Arroyo that he devoted a few lines to him in the collection of anecdotes that constitutes a chapter of his book, effectively challenging the misogyny of time. Maria thus entered the legend.

Arrigo Petacco, in his book The last crusade, speaking of the moral rules established by Pius V, he pointed out that one of these sanctioned the ban on boarding the Christian fleet "Beardless men, pages and women", so that they could not “Corrupting the souls of the servants of the faith”; "[...] only a certain Maria Bailadora, Spanish, will be able to follow her lover disguised as an arquebusier [...]". 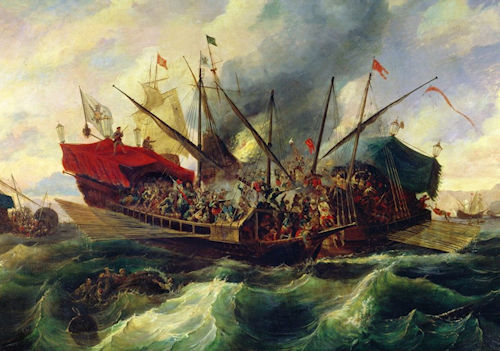 Although the reality of a curious, albeit minimal, episode is often based on fantasy, it is said that Maria was a young gypsy who fled from Andalusia where her mother was burned as a witch when she was still a child. This was not rare at the time, given that this kind of thing was taken up over time in many novels and also in the opera of Verdi's Trovatore. Being burned at the stake out of superstition or for infamous reasons was not a rare thing in very Catholic Spain.

However, the legend says that the beautiful gypsy arrived in Naples in a fortunate way where she met a soldier who was fascinated by the extraordinary sensuality of her flamenco. The two fall in love and Maria, at the news of her soldier's departure, is shocked. But it is thanks to his skill in dance that he manages to embark on Real, where is his beloved, soldier of the Tercio del Mare Ocean, is destined just before the departure for the Battle.

The romantic breath and its undeniable value in the fight, which saw her skilled in shooting with the harquebus as with the knife, were then immortalized by that Marco Antonio Arroyo, who for obscure reasons paid her homage among all those who gave their lives in the bloody battle.

The Biden Administration continues to supply the Ukrainians with artillery. After the 155 mm M-777 howitzers and, news ...
2173
Read

As previously written, among the supplies of armaments sent by the Italian government, there are also howitzers / ...
71558
Read

To circumvent the limitations imposed by Congress, the Biden Administration employs its allies to provide ...
19471
Read

No war can be interpreted and explained through the "absolute" and necessarily abstracting lenses of ...
4585
Read

If it weren't serious, it would even be comical. People don't realize the significance and implications that ...
19412
Read

Reuters reports that the United States will provide Ukrainians with long-range anti-ship missiles. If that were to ...
46098
Read

Last month we witnessed the sinking of one or more Ukrainian Neptune anti-ship missiles in the Black Sea ...
37605
Read

The Russian Airborne Forces (Vozdushno-Desantnye Voyska rossii - VDV) - like the vaunted Spetsnaz, by the way ...
29705
Read

The supplies of military equipment by NATO and European countries to fighters continue in these days ...
27545
Read