Home Military world You in Defense The UN will admit to the committee for dir ...

Will the UN admit a persecutor to the women's rights committee? 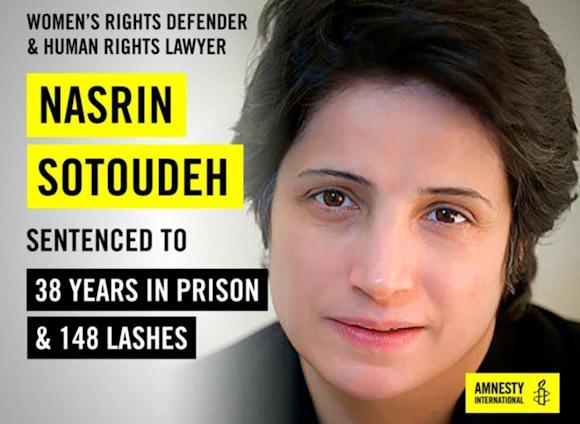 It was last March 13 that the United Nations made official the fact that the Islamic Republic of Iran will acquire a seat on the committee for women's rights. It is good, before making any comment, to repeat which violations of women's rights this institution deals with:

- arbitrary arrests of women;
- deaths and torture of women in custody;
- enforced disappearances or abductions of women;
- discriminatory application of legal penalties based on sex, including capital and corporal punishment;
- violation of the rights of women human rights defenders to freedom of expression and assembly;
- threats or pressure on women not to complain or to withdraw complaints;
- impunity for violations of women's human rights;
- stereotyped attitudes towards the role and responsibilities of women;
- Domestic violence;
- forced marriage and marital rape;
- contemporary forms of slavery, including the trafficking of women and girls;
- sexual harassment of women in the workplace
- unfair employment practices based on sex, including unequal pay;
- lack of due diligence on the part of States to investigate, prosecute and adequately punish perpetrators of violence against women;
- discrimination against women based on immigration and nationality laws;
- violations of women's rights to own and inherit property;
- discrimination of women in access to international humanitarian aid;
- forced evictions of women in conflict situations.

More or less the list would already correspond to that of the denunciations against the Iranian regime (like the Saudi one) ...

But that is not all! The perplexity about the appointment has intensified in the last few hours, after the confirmation of the sentence of the activist Nasrin Sotoudeh sentenced to 38 years in prison and 148 "Islamic" lashes. The human rights activist and advocate ended up in prison for defending women against the obligation to wear the headscarf, the rights of minors and those opposed to the death penalty in Iran.

According to journalistic sources, it is likely that the judge who sentenced the activist and lawyer Mohammad Moghiseh could be appointed to the UN commission mentioned above.

A choice, that of the UN, which raises many doubts.

The supplies of military equipment by NATO and European countries to fighters continue in these days ...
10234
Read

The surprise attack of Bilohorivka will remain in the history of the Russian aggression war on Ukraine on the list ...
39237
Read

Some countries of the former Eastern Bloc have announced that they intend to sell their MBT holdings to Ukraine in order to ...
32036
Read

A few days ago we published in rapid succession the first and second part of an analysis relating to ...
119328
Read

The escalation of military supplies by NATO continues in Kiev. In recent weeks, Ukrainian requests ...
87624
Read

The interview released by the Russian Foreign Minister Sergej Lavrov on the evening of May 1 strongly relaunched the ...
5537
Read

We have already spoken extensively in the first part of this analysis of Ukraine and its situation; now is...
34637
Read

After having spoken extensively in the latest analyzes of the air, naval and land operations that have taken place so far ...
18210
Read

President Zelensky never ceases to urge NATO countries (and not only those) to supply armaments to ...
9339
Read