Home Military world You in Defense Interview with Vichi De Marchi: women in ... 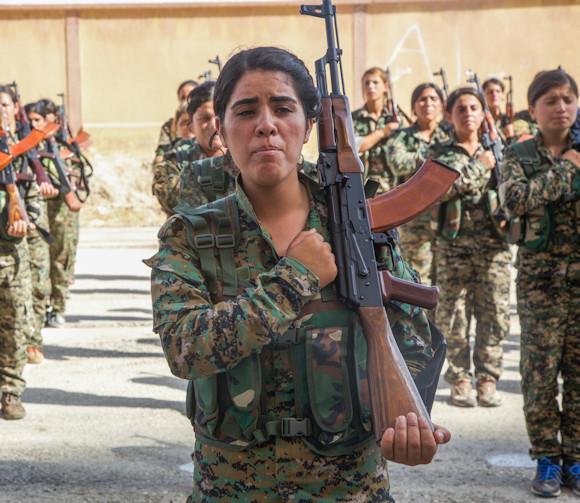 "It is true, women suffer more from the conflict, violence against women is often part of the strategy of annihilation of the enemy, from the war in Bosnia to the enslavement of the Yazidis in Syria and Iraq", so Vichi De Marchi recalls women in conflicts, reliving the salient themes of his novel Inside the heart of Kobane, published by Piemme, released last 5 Marzo. Journalist and writer, she currently also directs the WE Women empower the World Committee, which deals with the promotion of the role of women in international contexts.

In a recent interview he told us that the girls ofarmy of Kurdish fighters, an all-female formation, of which the protagonists of his novel belong "they get to fight by entering these formations made up only of women, they fight against strong legacies". Do you think that the first war to fight these women is precisely this, that of "legacies"? Are wars still needed to affirm female identity or is it just all propaganda?

I don't think war is ever the solution to a problem, let alone that war can be an opportunity for emancipation itself. The opposite is true. Often it is women who are among the most affected in a conflict, who suffer the most from it. However, in some cases, the conditions of the conflict act as powerful catalysts for female action. So it happened to the girls and women in Rojava, in the Kurdish region of Syria, who fought to defend their territory, first of all in the symbolic city of Kobane. They found themselves fighting in formation all female, where alongside the military aspect coexisted and coexisted that of study, of discussion, of a reflection on their feminine condition and on the need for emancipation from still strongly masculine codes.

Women, peace and security: "women are the ones who suffer the most, but then they are never present at the table of peace and mediation". Did you get an idea of ​​why? 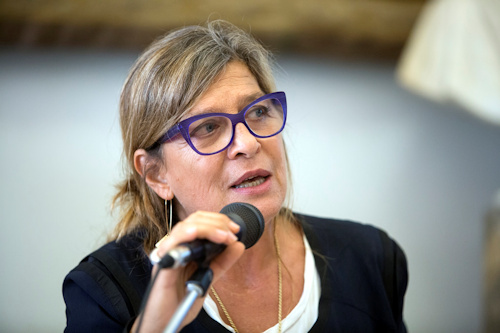 True, women suffer more from conflict, violence against women is often part of the strategy of annihilation of the enemy, from the war in Bosnia to the enslavement of the Yazidis in Syria and Iraq. Yet it is true that women, in the moment of pacification, are little involved, their role and their presence at the negotiating tables and in peace negotiations are forgotten. Yet there are numerous UN resolutions to this effect and some activism on this front bodes well. The theme "women, peace, security", albeit with difficulty, is entering the international political agenda.

For the end of her novel, she chooses to remain one of the protagonists and find her new path, while reaching out to other communities abroad. Who wins the war between the two?

I tried to talk about the war and the involvement of Kurdish women in the war in Syria through two 15-year-old protagonists who are not old enough to fight but are somehow direct witnesses, co-participants in the lives of the fighting girls. Aniya, the most educated, the one who comes from a wealthy and militant family, eventually chooses to emigrate with her family to Germany and from there to help the Kurdish cause. Delal, the poorest and most unfortunate, condemned to a forced, unwanted marriage, through war becomes aware that her struggle for the cause is also the struggle for her "liberation". She stays in Rojava, in her village but finds her independence, her inner freedom, maybe even a love. I didn't think of which of the two paths was better, or more correct. I looked at what seemed to me possible real scenarios. The right recipe does not exist. Delal could leave but choose to stay. Aniya chooses another similarly difficult pathpanied. Emigration here is not an escape but another way of being present and struggling. They are two valid and possible alternatives, both legitimate.

The war in Syria followed her as a spokeswoman for Italy of the United Nations Agency. What future does that country have?

It was a bloody, long conflict, costing many human lives and suffering between sieges, violence, destruction of ancient cities like Aleppo. I hope that Syria can find the peace that seems closer today. I wish the Kurds of Syria to achieve that form of autonomy within the Syrian state they want.

The supplies of military equipment by NATO and European countries to fighters continue in these days ...
5004
Read

The surprise attack of Bilohorivka will remain in the history of the Russian aggression war on Ukraine on the list ...
38159
Read

Some countries of the former Eastern Bloc have announced that they intend to sell their MBT holdings to Ukraine in order to ...
31660
Read

A few days ago we published in rapid succession the first and second part of an analysis relating to ...
118812
Read

The escalation of military supplies by NATO continues in Kiev. In recent weeks, Ukrainian requests ...
87514
Read

The interview released by the Russian Foreign Minister Sergej Lavrov on the evening of May 1 strongly relaunched the ...
5512
Read

Since the start of the Special Operation, the Kiev Air Force has suffered heavy losses. It would seem that the Russians ...
34397
Read

We have already spoken extensively in the first part of this analysis of Ukraine and its situation; now is...
34578
Read

After having spoken extensively in the latest analyzes of the air, naval and land operations that have taken place so far ...
18157
Read

President Zelensky never ceases to urge NATO countries (and not only those) to supply armaments to ...
9323
Read