Home Military world You in Defense The terrorism and myopia of the West ...

Terrorism and myopia of the West (including Italy!). Online Defense interviews Souad Sbai 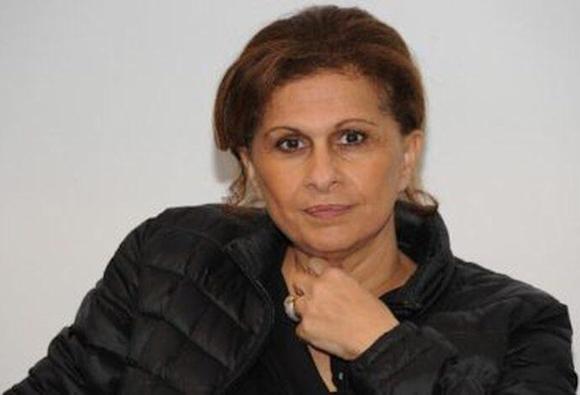 "The West and the entire international community should take an example from the moderate Arab world, which recognizes itself in the Quartet against terrorism composed of Saudi Arabia, United Arab Emirates, Bahrain and Egypt. These countries are making enormous joint efforts to break the 'red line of jihad'. In particular, they have outlawed the Muslim Brotherhood as a terrorist organization, while through an air, land and maritime block they are limiting Doha's capacity to implement policies of destabilization at the regional level. " Thus was born the analysis of Souad Sbai, a serious analysis, independent and source of preparation, born from an "inside" result of years of work and commitment towards that "World rejected by the vast majority of the Arab community" in which we do not recognize ourselves.

In the '70 and early' 80 years also our country experienced the massacres, the result of a "national terrorism" but a "Not in my Name" was the response of the vast majority of us Italians, who later became an example international of the best fight against terrorism.

Souad Sbai, former parliamentarian, writer, journalist, and promoter of Averroes High Studies Center for the diffusion of Mediterranean cultures, it offers us new interesting ideas for this international struggle and does so through its book "The Muslim Brotherhood and the conquest of the West. From Istanbul to Doha, the red line of Jihad " published by Curcio Editore.

We are in the 1928 al-anasan al-Bannāʾ (photo) at Isma'iliyya, in Egypt, founding one of the most important international Islamist organizations, the Muslim Brotherhood, fulcrum of the socio-political message: a project of Islamization of the new generations, from Morocco to Morocco 'West... 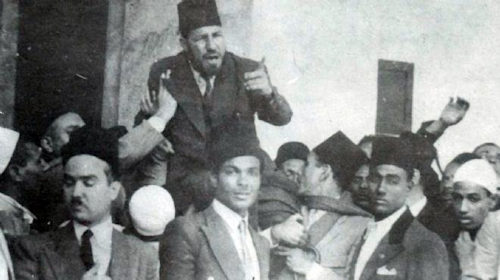 But who are the "Muslim Brothers"?

The Brotherhood is the main Islamist transnational organization, in which Al Qaeda, ISIS and the entire galaxy of extremism and contemporary jihadist terrorism have their ideological roots. Since its origins its main field of action has been the Middle East, but today its vast network envelops the West more and more tightly. Following the dictates of Al Banna and, subsequently, Sayyid Qutb, also an Egyptian, the Muslim Brotherhood has implemented a patient and long process of penetration into the religious, social, cultural, political and economic fabric of the countries of the Arab world.

Maghreb, Mashrek, Gulf: the Muslim Brotherhood has gradually acquired throughout the region a force that could sustain their aspiration to take power. The long-awaited opportunity has come with what has erroneously passed into history as the Arab Spring.

So I ask ... why "wrongly"? Weren't those of the Arab Spring true democratic revolutions?

The outcome of the riots that broke out in the Middle East and North Africa between the 2010 and the 2011 completely denied the narrative that saw the springing of a spring in the turmoil the Arab world was going through at that time. It was in fact the Muslim Brotherhood that led those riots, with the aim of overthrowing pre-existing regimes and establishing fundamentalist dictatorships. The illusion of spring was therefore soon revealed to be an Islamist winter, the result of a plan designed specifically to bring the Brotherhood to power in Egypt, Tunisia, Libya and Syria, triggering a domino effect that should have overwhelmed the whole region, such as platform for global expansion and to the West in particular. 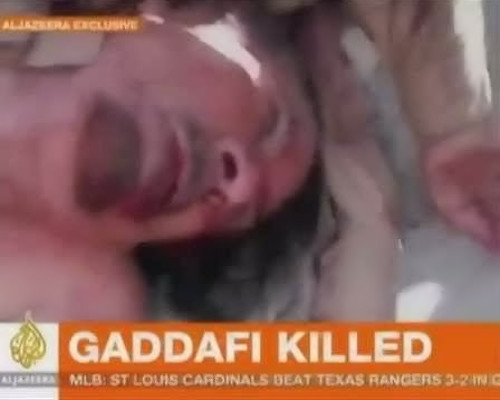 The Muslim Brotherhood certainly did not act alone. The Islamist alliance with the Qatar of the Al Thani emirs and Erdogan's Turkey has provided the Brotherhood with financial, political and media support - just think of the role of Al Jazeera - indispensable for assuming leadership of the revolts and for them to believe they were democratic, especially to western observers.

Attentive to this "new inspiration" I would like to have a closer look: What do you refer to when in your book you talk about the "red line of jihad from Doha to Istanbul"?

I am referring precisely to the line that unites Qatar, Turkey and the Muslim Brotherhood in the Islamist alliance which has already sowed death and destruction in the guise of the Arab Spring, and which today constitutes the greatest threat to peace and security for the international community. Their plan has failed, but their ambitions and goals remain unchanged and continue to be pursued, both in the Middle East and in the West. Because the Islamist alliance does not intend to subjugate the Arab world only.

The starting point of his book is in fact the finding of a document containing the guidelines for the conquest of the West by the Muslim Brotherhood ...

It is the so-called "Project", found a short distance from the September 11 terrorist attacks during a search in the Swiss home of an Egyptian banker, Yusuf Nada, considered a leading exponent of the Muslim Brotherhood in Europe and under investigation on charges of be among the financiers of Al Qaeda. The document dates back to the 1982, but after its discovery it was never made public. The Franco-Swiss journalist Sylvain Besson in an investigation book illustrated the contents in 2005. Well, these contents are even more disturbing because they correspond to what is happening today in Europe, including Italy, without the Muslim Brotherhood encountering any obstacle. In the name of a misunderstood multiculturalism, Europe refuses to recognize the true nature of the Muslim Brotherhood and continues to consider them "moderate", allowing the organizations and figures that belong to the Brotherhood to proselytize and increase their influence. internal Islamic communities, thanks to the financial support of Qatar. 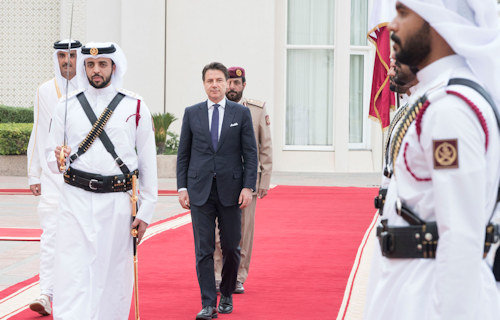 At this point the question arises: "what is the situation in Italy?"

In Italy there are thousands of mosques (legal but above all illegal), pseudo-cultural and prayer centers, places of social aggregation permeated by imams and militants affiliated to the Muslim Brotherhood, who - with money from Qatar - carry out indoctrination and recruitment activities for young people belonging to the second generation, induced to embrace radical and strongly identifying positions, contrary to integration.

The construction of new mosques to show openness towards the faithful of the Islamic religion, but without appropriate rules that guarantee their absolute impermeability to the penetration of the Muslim Brotherhood and of Qatar, they are a gift to the Islamist proselytism of the Brotherhood, which has as its ideological and operative outlet the recruitment in ISIS or Al Qaeda. With articles, interviews, publications, and through the lectures and training activities of the "Averroè" Study Center, I disclosed for years the Muslim Brotherhood alarm in Italy and the new book responds to the need to keep attention focused on the danger represented by the "red line of jihad" also in the West.

Speaking of the West, what counteracting measures should it take against the Muslim Brotherhood and the Islamist alliance with Qatar and Turkey?

The West and the entire international community they should take an example from the moderate Arab world, which is recognized in the Quartet against terrorism composed of Saudi Arabia, United Arab Emirates, Bahrain and Egypt. These countries are making enormous joint efforts to break the "red line of jihad". In particular, they have outlawed the Muslim Brotherhood as a terrorist organization, while through an air, land and sea block they are limiting Doha's capacity to implement policies of destabilization at the regional level. 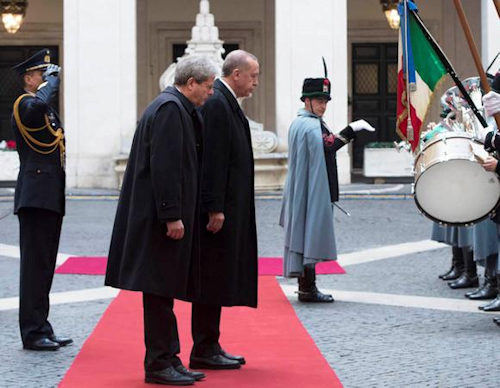 The Quartet then achieved the goal of isolating Qatar in important diplomatic forums, such as the Arab League and the Gulf Cooperation Council, and continues to oppose interference in the Middle East and North Africa of Turkey and Khomein Iran, an additional member of the Islamist alliance because it represents the Shiite version of the Muslim Brotherhood.

Egypt, for its part, continues in the internal struggle against the proselytizing of the Brotherhood, with strict control measures on sermons in mosques and on religious discourse as a whole. The West, however, remains deaf to the calls of the Quartet and prefers to give in to the economic flattery of Qatar and the threats of Erdogan, leaving the Islamist agenda to advance inside.

In this scenario, the book wants to be not only an indictment, but a tool to reawaken the conscience of Italians and all Europeans, so that they oppose the yoke of extremism, acquiring full awareness of the true nature, ambitions and objectives of the Muslim Brotherhood and the rogue states that sponsor them.

Photo: web / Al Jazeera / Presidency of the Council of Ministers

The supplies of military equipment by NATO and European countries to fighters continue in these days ...
10176
Read

The surprise attack of Bilohorivka will remain in the history of the Russian aggression war on Ukraine on the list ...
39207
Read

Some countries of the former Eastern Bloc have announced that they intend to sell their MBT holdings to Ukraine in order to ...
32025
Read

A few days ago we published in rapid succession the first and second part of an analysis relating to ...
119318
Read

Since the start of the Special Operation, the Kiev Air Force has suffered heavy losses. It would seem that the Russians ...
34473
Read

After having spoken extensively in the latest analyzes of the air, naval and land operations that have taken place so far ...
18208
Read