Home Military world You in Defense Elizabeth: a capable and determined woman. An ...

Elizabeth: a capable and determined woman. Also thanks to 007 ... 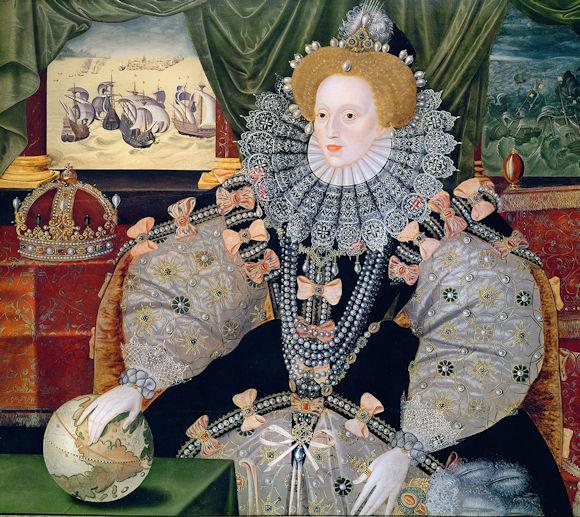 The reign of Queen Elizabeth I is often referred to as the "Golden Age" of English history; Elizabeth was an immensely popular queen alive and her popularity diminished little by four hundred years. He is still one of the most beloved monarchs and one of the most admired sovereigns of all time. He dedicated himself to his country in a way that few monarchs were or had been since: endowed with a brilliant political mind, he ruled his country through careful management and choosing men capable of assisting it.

Become a legend already in life, it was famous for its remarkable abilities and results and, we can say it, it was an enigma as a woman for its own people. Daughter of Henry VIII (1491-1547) and his second wife, Anna Bolena (circa 1501-1536), the 7 September 1533 was born in Greenwich Palace.

He loved all kinds of sports of the time, in particular horse riding, and spent many hours on horseback in the early years of his reign. He also loved hunting, the falcon, bear fights and tournaments. He loved music and dance, pomp and masks. In the months that followed her coronation, Elizabeth restored the currency in ruins and re-established the Church (schismatic for Rome, independent for London) of England. Probably to appease Catholics and those who did not believe a woman could become church leader, Elizabeth called herself Supreme Governor of the Church of England, rather than Supreme leader how was his father.

She was a convinced Protestant and dedicated time to prayer every day. Although he would not tolerate religious extremism, he would not have wanted to persecute any of his faithful because of their religious convictions: however, even the political conflict between Catholics and Protestants forced his government to take a stricter line towards Catholics than he wanted herself.

In the last years of the sixteenth century, however, England is a state on the fringes of a largely Catholic continent: for the Protestant Queen Elizabeth I, the enemy is everywhere, given that the pope would recognize who killed her to have acted against an enemy of faith. This serious threat requires a new "dark" army: the era of espionage is born. Probably few know this historical aspect of the queen's life, it is known that Elizabeth employed a certain number of spies, especially after the Pope declared her an illegitimate ruler in the 1570. 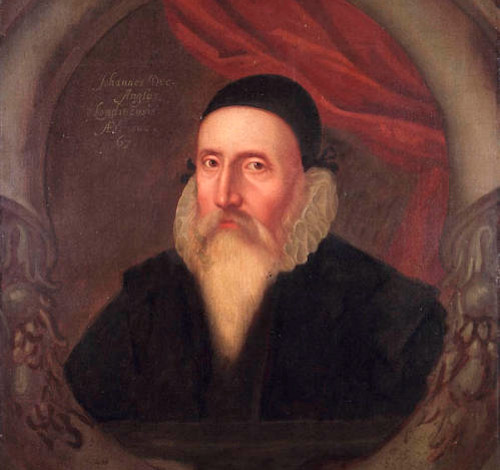 Constantly threatened by plots, they were all canceled by its secret services. It was John Dee (portrayed) the leader of this formidable team. Preceded by a reputation as a magician, he managed to get into the court very well. Mathematician, geographer, alchemist, astrologer, astronomer: Dee often sent letters to the queen on confidential issues and he began to sign his own letters "007". We know that the zeros represented the eyes: it is thought that the seven referred to the lucky number that offered "protection" as well as the date of birth of the same, seven September precisely.

Many scholars believe that Dee was one of Elizabeth's spies and that her travels throughout Europe were not for "spiritual conferences", but rather to gather information.

A determined but not obstinate woman, Elizabeth listened to the advice of those around her and was always ready to change a policy when she became unpopular. Apparently he was extravagant, at times brazen and frivolous, but his approach to politics was serious, always prudent.

When he came to the throne in 1558, England was an impoverished country torn by religious conflicts. When the 24 March 1603 died in Richmond Palace, England was one of the most powerful and prosperous countries in the world. Yes, in many ways his age was indeed a "golden age"!

The supplies of military equipment by NATO and European countries to fighters continue in these days ...
4853
Read

The surprise attack of Bilohorivka will remain in the history of the Russian aggression war on Ukraine on the list ...
38135
Read

Some countries of the former Eastern Bloc have announced that they intend to sell their MBT holdings to Ukraine in order to ...
31653
Read

A few days ago we published in rapid succession the first and second part of an analysis relating to ...
118800
Read

The escalation of military supplies by NATO continues in Kiev. In recent weeks, Ukrainian requests ...
87513
Read

The interview released by the Russian Foreign Minister Sergej Lavrov on the evening of May 1 strongly relaunched the ...
5509
Read

Since the start of the Special Operation, the Kiev Air Force has suffered heavy losses. It would seem that the Russians ...
34395
Read

We have already spoken extensively in the first part of this analysis of Ukraine and its situation; now is...
34578
Read

After having spoken extensively in the latest analyzes of the air, naval and land operations that have taken place so far ...
18157
Read

President Zelensky never ceases to urge NATO countries (and not only those) to supply armaments to ...
9323
Read