Catherine the Queen of the State 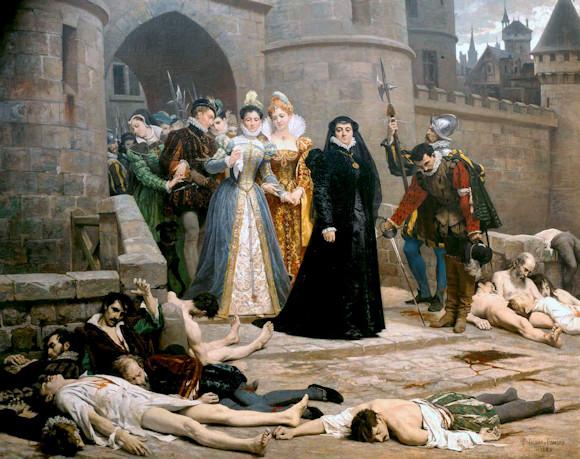 13 April 1519, in a Florence firmly in the hands of the Medici family, Caterina was born, daughter of Lorenzo de 'Medici Duke of Urbino (and nephew of Pope Leo X) and of the French princess Maddalena de la Tour d'Auvergne.

For those, Italian, who find themselves passing through Paris, it is a must to visit the basilica of Saint Denis. Located north of Paris, reachable by metro, it is one of the largest Gothic basilicas in France, where the kings of France from the 1789th century to XNUMX are buried inside with few exceptions. Entering the basilica to see the tomb of Catherine, we find ourselves immersed in the evocative ceremony of Good Friday, the Via Crucis. A few more days and it's Easter.
The mausoleum and the tomb of King Henry II and his wife Catherine are in the left aisle. The ceremony does not allow us to get too close. The penumbra and the sacred songs help to reflect and remember.

A few weeks earlier we visited the castle of Saint-Germain-en-Laye. Seat of the National Museum of Archeology, it housed the exhibition on King Henry II and on that occasion we were able to observe the paintings of the king and his wife, Catherine. The richness of the clothes cannot but strike!

Caterina has gone down in history not only as the wife of the king of France. Of her we know that she loved Florentine cuisine to such an extent (someone says "Italian", but then Italy as we know it was not there yet ...) that she brought the most experienced cooks to court (along with the fork , then still unknown in Paris).

The queen is often considered suspicious, jealous and Machiavellian, but most likely acted as she did to preserve the throne for her minor children.

She loved to surround herself with scholars and artists, often Italians, and she herself ventured into writing, at least in the field of state government. In 1564 he wrote a letter to his son Charles IX, with the clarifying title: "Pour la police de Cour et pour le gouvernement", in which he describes the use of time by a king and the behavior to be kept at court. 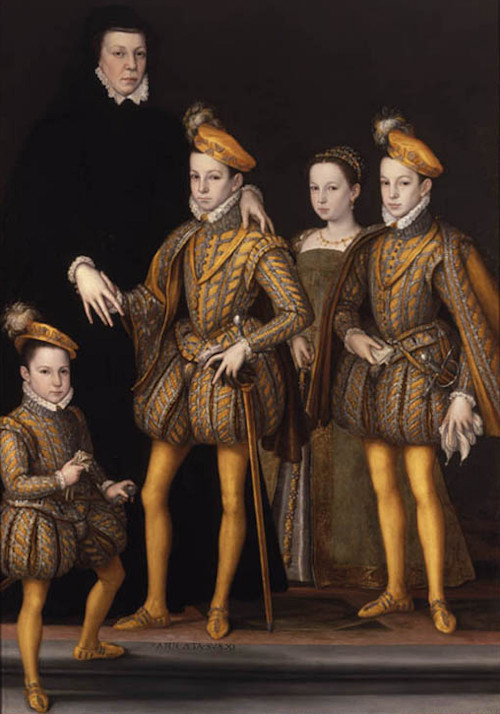 Surely she was a strong woman and did not deprive herself of having her say. It is no coincidence that Honoré de Balzac, in the introduction to the historical novel "Sur Catherine de Médicis", defines it as the woman who saved the crown of France thanks to its rare qualities, the most precious gifts of theStatesman.

His biggest problem was with religion. Her husband, King Henry II, had always fought strongly against Protestantism but on his death in 1559, a group of Protestants from Amboise tried to kidnap his son Francis II (his father's successor). The attempt is thwarted thanks to the informant service existing in France and the conspiracy theorists are put to death by hanging. Their head is cut into five pieces. Caterina has no difficulty in approving the repressive actions.

France sinks into a bloody civil war that the queen will try in every way to reconstruct, with alternate successes. In fact, Caterina will try to promote a relationship of greater freedom and tolerance towards religions. The religious wars in France will continue until the 1598 when Henry IV will sign the Edict of Nantes granting some freedom of religion and politics to the Protestants, but for that date Caterina was no longer the protagonist for some years ...

Queen of France as the wife of King Henry II, 5 died on January 1589, in the castle of Blois, leaving to posterity the memory of a strong, inflexible woman, responsible for political acts that will leave their mark.

Jealous, tough, Machiavellian? I do not know, maybe. Too much time and past and interpretations as always are varied and discordant. Definitely "woman of power" and "woman in power" for much of the '500.

The supplies of military equipment by NATO and European countries to fighters continue in these days ...
10069
Read

The surprise attack of Bilohorivka will remain in the history of the Russian aggression war on Ukraine on the list ...
39159
Read

Some countries of the former Eastern Bloc have announced that they intend to sell their MBT holdings to Ukraine in order to ...
32007
Read

A few days ago we published in rapid succession the first and second part of an analysis relating to ...
119292
Read

The escalation of military supplies by NATO continues in Kiev. In recent weeks, Ukrainian requests ...
87619
Read

Since the start of the Special Operation, the Kiev Air Force has suffered heavy losses. It would seem that the Russians ...
34472
Read