Home Military world The underground units of the Defense Intelli ... 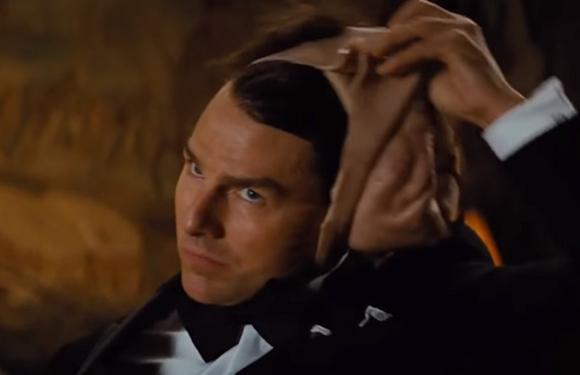 The news went completely unnoticed in both the generalist and specialized Italian press published by Newsweek the existence of clandestine units of the Pentagon and which Eric Denécé director of the CF2R has also dealt with, Center Français de Recherche sur le Renseignement, Independent think tank specializing in the study of international intelligence and security (v.articolo).

Unsurprisingly, the US Department of Defense goes to great lengths to safeguard the absolute secrecy of the actions top secret undertook some of its units. As? For example, by hiding real budgets and their very existence from Congress and public opinion.

The Pentagon's clandestine military units are therefore protected by a program ("signature reduction") that hides their activities behind dozens of government organizations unknown to public and private companies, real or fictitious. These units are directly coordinated by the Defense Intelligence Agency (DIA) which is the Pentagon's military intelligence through an office that very few officials in Washington know of and that is theDefense Office for hedged shares.

About 130 private companies would participate in the program by supporting an "underground empire" worth more than $ 900 million a year.

From a practical point of view, the Pentagon units are managed by a body present within the Department of Defense which takes the name of Intelligence Operation Planning Center considered the Pentagon's largest military finance office.

Sources close to the Pentagon estimate that 80% of this organism's missions carried out before 2000 remain classified. The members of the clandestine unit are present within some sectors of the American military and espionage apparatus such as the special forces and the CIA. The investigation of the American periodical reveals that the special forces operators of the Delta Force, the Seal Team 6 and elements of the CIA have been infiltrated into China to map satellite transmission facilities but the American periodical also refers to various actions on Iranian soil. After 11/XNUMX, clandestine units reportedly infiltrated the country with at least two agents.

After the invasion of Iraq, the Delta Force has carried out actions along the Iranian border, especially in Kurdistan. Kurdish agents recruited locally from the Pentagon's clandestine units would lead to one or two sources on the Iranian nuclear program, providing crucial information. In 2004, with the support of the CIA, an American couple was reportedly introduced to Iran under commercial cover. In 2007, generals Stanley McChrystal and Michael Flynn who operationally coordinated the Pentagon's clandestine units, created a working group to counter the influence of Tehran and its ally, Lebanese Hezbollah, around the world, in particular. to highlight his ties to South American drug cartels. Finally, the clandestine units have taken into consideration the possibility of causing unrest of a social nature in Iran with the aim of political destabilization.

Therefore, how to go unnoticed and leave no traces? How to counter biometrics, surveillance cameras and fingerprint readers?

In order to safely pass through passport control under false identities, clandestine units have developed two types of systems to counter biometric security devices: computer programs for editing databases e new masks and makeup techniques to transform the physical appearance of the operators in an undetectable way.

One of the computer programs, known as ExpressLane, was designed to break into foreign biometric systems in order to steal or alter their data. Therefore, American cyber spies can change the content when an agent passes passport control with a false identity and thus erase all traces of the action.

Another method is to transform people for their clandestine missions with a sculpted silicone facial device to perfectly change the look. They can age an individual, increase their body mass, and even pass them off as someone of another sex. It is also possible for them to change their fingerprints using a silicone sleeve that fits so well in a real hand that it cannot be detected; in addition, it incorporates modified fingerprints impregnated with oils that simulate fluids secreted by human skin.

But how do these clandestine units communicate with each other?

Today, clandestine operators use very special encrypted communication devices, but also dozens of different transmitters and receivers, which transmit in "burst mode", hidden in common objects. A secret communication device can be, for example, a fake rock or a fake brick implanted in a wall; it can be equipped with a battery-operated transmission, listening or observation device, as was practiced during the reconnaissance and surveillance missions in Afghanistan.

These devices are secretly implanted by members of Special Operations Support Units. To activate the communications, it is sufficient for an operator to pass in front of the destination receiver and the clandestine messages are immediately encrypted and returned to the reception centers.

These spying methods can also be used by enemies of the United States. The rapid development of information technology also poses challenges in terms of operational safety and force protection. That is why it is important to ensure maximum security for the Pentagon's clandestine unit to avoid what happened in 2015 when ISIS published the names, photos and addresses of more than 1.300 American soldiers, instructing its supporters to eliminate them. According to the FBI, in charge of investigating these thefts of confidential data, this list was exploited by Russian hackers who, pretending to be members of Daesh, they threatened military families through Facebook. In 2016, the jihadist organization continued its action by publishing more than 8.300 target names, then 8.700 in 2017.

After the decommissioning of the M551 Sheridan tank, which took place in the mid-90s of the last century, the US Army ...
13992
Read

The director of the Kredmash mechanical plant in Kremenchuk would have confirmed (source Komsomol'skaja Pravda) that ...
6558
Read

On June 6, with two separate ceremonies at the Fort Wainwright and Elmendorf-Richardson bases, she was reactivated in ...
8603
Read

For a long time, Difesa Online has emphasized the importance of acquiring (and maintaining) artillery pieces, monotube and ...
22169
Read

British Army Chief of Staff Sir Patrick Sanders says the invasion of Ukraine by the ...
12200
Read

During the last world war the Panzerkampfwagen V Panther, having solved the initial mechanical problems, was ...
27295
Read

The conflict in Ukraine has "distracted" the magazine in recent months from continuing to deal with issues relating to the ...
7263
Read