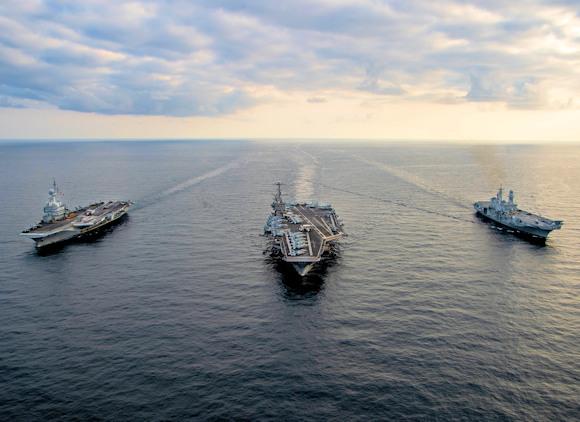 For some time, the thought has been circulating in the world of military analysts that, given the great proliferation of long-range supersonic and hypersonic missile systems, the concept of aircraft carriers has become obsolete.

But if aircraft carriers are no longer needed, why is it that naval powers like the US, China, India, France and the UK continue to build them?

The People's Liberation Army (PLA) has introduced hypersonic anti-ship ballistic missiles into service (Carrier Killer). The DF-21D has a speed equal to mach 10 and a maximum range of 1.500 km, the kinetic energy produced on impact alone would be sufficient to sink a 100.000-ton displacement aircraft carrier. In 2015, the Chinese presented the DF-26B with an increased range of up to 5.000 km.

Such weapon systems would not allow the bulk of the XNUMXth Fleet to operate in the Taiwan Strait.

However, the People's Liberation Army Navy (PLAN) has two aircraft carriers in line, is setting up one and plans to acquire two more. Japan is modifying two class aircraft carriers Izumo to allow the boarding of F-35Bs. South Korea is also considering building an aircraft carrier, despite the major threats to the country coming from the land front.

So, given that such units are "easy" targets for supersonic / hypersonic missiles, why do the world's major navies still want them?

The first answer may be that aircraft carriers are still militarily useful!

China's anti-access bubbles (A2 / AD) may not be as lethal as the Beijing regime would have you believe. Aircraft carriers still provide mobile airports which are arguably safer than static structures. While they are at risk in specific high-intensity combat scenarios, aircraft carriers still remain effective tools in dozens of other possible military operations. 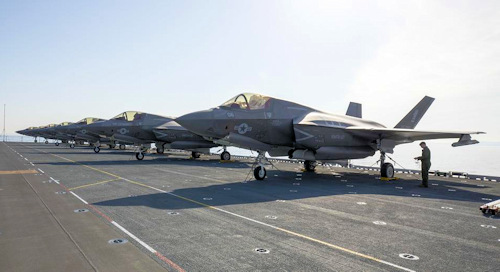 Another determining factor is the entry into service of the 5th generation STOVL F-35B fighter. This machine allows marinas that can only have aircraft carriers (such as the Cavour) to have limited power projection and air defense capabilities. The embarked flight groups of the United Kingdom, Italy and Japan are fully dependent on the F-35B, although they are obliged to take off lightly as the carriers that board them are not equipped with catapults (CATOBAR).

The second answer is that having an aircraft carrier in the fleet is a reason of great prestige for a nation.

The US Navy, with the classes Nimitz e Ford (together with the other units that make up i carrier battle group), represents the naval power of the United States in the world (thalassocracy).

For countries like the United States, the United Kingdom, or even Russia, an aircraft carrier conveys the appearance of military might and continued global relevance. For China and India, aircraft carriers convey modernity and demonstrate a state of great power and technological advancement.

Probably Russia, in the near future, will abandon the concept of embarked aviation, as the flagship Kuznetsov it does not seem destined to return to service soon, with consequent decay of the operational capabilities of the pilots on board.

A separate case concerns the Italian Navy. The 27.000 ton helicopter carrier / aircraft carrier is currently online Cavour, used for boarding V / STOL and STOVL aircraft. The cut of the F-35A / B order (from 131 machines to 90) allows the Navy to acquire only 15 aircraft, compared to the initial requirement of 30.

This will result in the halving of the capacity of the embarked Flight Group, in the face of the costs that will have to be incurred, the Navy General Staff should ask itself whether it is not the case to give up an embarked aviation and sell the 15 F-35Bs to the Air Force. The Cavour could become what it has always been, a helicopter carrier capable of carrying a limited number of STOVL aircraft when needed (as planned for the new amphibious assault ship Trieste).

It is certainly not new that aircraft of the Aerospace Forces of Moscow violate the airspace of the Scandinavian countries ....
1311
Read

Chinese soldiers will travel to Russia to participate in a series of joint exercises. To the maneuvers ...
16308
Read